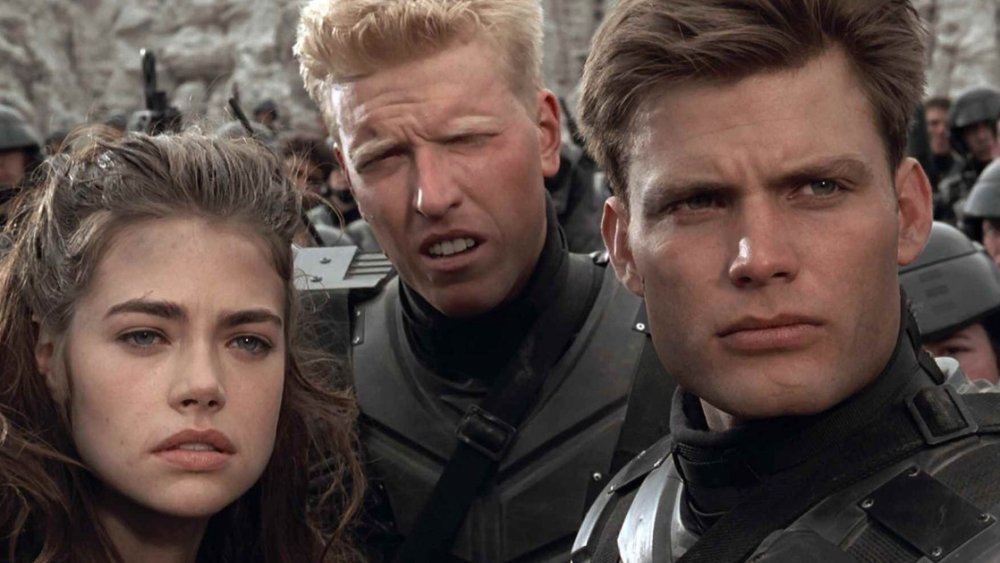 An always reliable martial artist and B-movie star, Casper occasionally shows back up in mainstream fare like he started in initially. What are the best vehicles to demonstrate his undervalued talents in? Let’s see here.

The film is far from perfect but solidly recalls the late DTV-made for TV wave of Air Force One/In the Line of Fire/24 clone movies. Casper gets to steal each scene as a mysterious culprit helping a terrorist organization hired by a CIA director to hold a Supreme Court Justice’s daughter for ransom in order to pass a controversial enhancement to the Second Amendment. Despite the heavy subject matter, the film is still concerned with making the bodycount sour and making the low-budget still look acceptable- which it does with mostly flying colors. Casper gets plenty of menacing and fighting to display but it’s all the more stellar seeing him play a guy puts viewers into doubt as to whether he is or isn’t actually pulling the strings. And, with that extra set of mind-games he plays with both the heroes and the viewer, that’s why this film gets extra points. 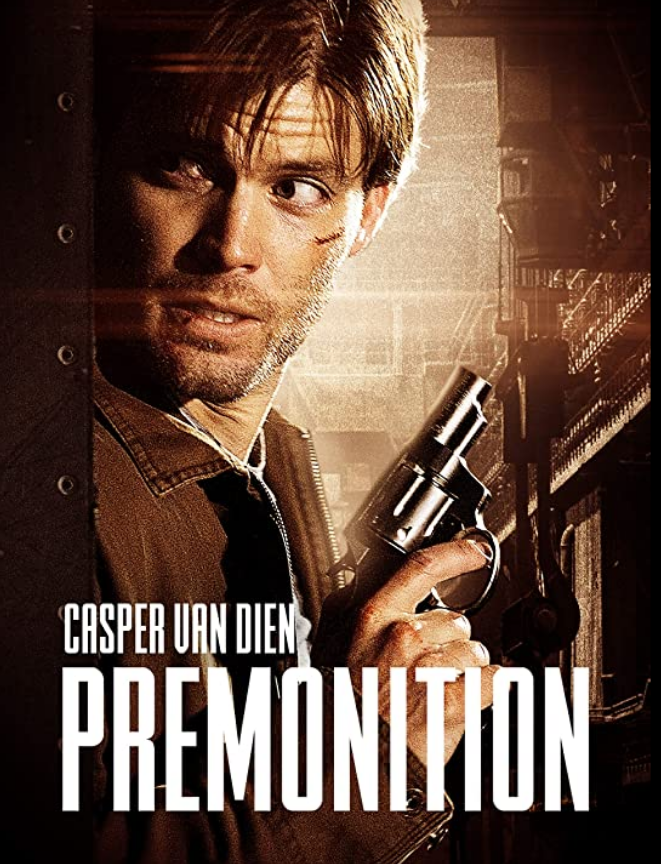 Not to be confused with the Sandra Bullock fantasy-mystery film of the same name, this film has plenty of pros in store. Casper was in the similar disaster-scifi adventure film The Time Shifters but I found a somewhat superior flick. This film has the gimmick, locations and feel of what could had easily been an episode of either The X-Files, Stargate or The Dead Zone but instead ends up being a mash-up of the latter with a Die Hard 3 inspired subway crash and a Jack Bauer from 24 hero in Casper’s Jack Barnes. You have plenty of silly editing and psychic related science but the journey there is never dull. It’s fun hearing the hero’s first name yelled repeatedly, Casper trying to make sense of his nightmares, seeing him get bossed around by a CCH Pounder lookalike and the practical effects/stunts. A derivative yet rather kinetic and organized romp for genre mash-up fans.

8. Danger Beneath the Sea 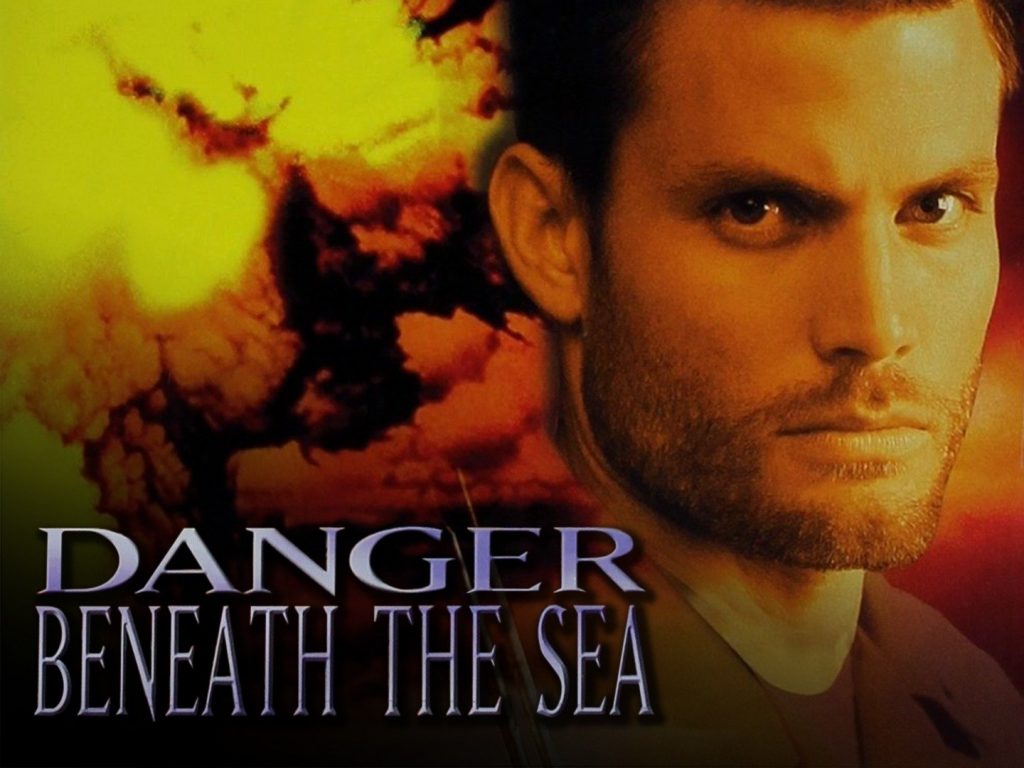 Another Hunt for Red October/Crimson Tide knock-off that despite the familiarity still manages to be suspenseful and engaging. Director Jon Cassar has done plenty of disaster telefilms, let alone various seasons of La Femme Nikita, 24 and Orville, and provides the same reasonable amount of disasters, sweat-inducing tension and no-nonsense plot unraveling. While it could’ve been less slow in certain areas, it’s still a fun rollercoaster that overcomes its flaws by providing the goods on time and bonus points are earned with the madman superior (played perfectly by Gerald McRaney of Simon & Simon fame) and some actual fatality-causing gunplay happening in the finale.

Beyond the Edge/ISRA 88, Fugitive at 17, All About the Money, Tarzan and the Lost City, Chokehold, On the Border, Windfall, Maiden Voyage, Beastmaster III, The Vector File and Meltdown: Days of Destruction were all worth seeing but were either formulaic fun or just ensemble cast pieces for Casper. Ultimately, I went with the first of two vampire films starring Van Dien.

This film is yet another mash-up of films like Predator and Blade with a special-ops team besieged by mysterious vamps in South America. The entire remaining cast gets to play whacky characters including: Danny Trejo as a foolhardy boat driver, Lynda Carter (Wonder Woman!) as the Colonel, Ray Park (Darth Maul from Star Wars) as acrobatic vampire twins and Kevin Grevioux (Underworld) as the platoon member who gets turned into a vamp! Visual effects animator Kevin VanHook, who also worked with Casper on the shabby film The Fallen Ones and goofily-average Alpha Wolf, hits gold here by going for nothing but Saturday morning fun and fires on all cylinders to provide the best whacky entertainment available.

Shark Attack, Python and Sharktopus Vs. Whalewolf were all fun creature features but needed extra bite so I went with a vamp-road trip movie! The film has a modern-day Van Helsing going after some Hollywood elites who are secretly vampires. The cast is uncanny yet rather welcome, the gags are appropriately looney, the vamps are their own neat depiction and the occasional fights-and-shootouts all occur when needed. It makes a perfect double feature with the director’s previous film Freeway, if not any other quirky yet stylish indie multi-genre films of the late ‘90s.

Another action-war drama detailing some ‘Nam platoon members and brothers-in-arms recalling how they survived while we (the viewers) witness the dangerous missions they partook in together. The film breaks no new ground but does what ever good war film should do which is combine solidly filmed combat scenes with believable war trauma. The film does get extra points by having the film’s second half show how the veterans are going crazy and resorting to violence in the present-day after unwisely confronting their inner demons that they’ve stored away all these years later.

The Warrant was a let-down but this other Western wasn’t. The film is another B-picture from Craig R. Baxley (Predator, I Come in Peace) that follows a violent gang (led by character villain actor Jeff Kober) who’s been hired by railroad owners to mob the townspeople off their property. One of the hired guns (Casper’s character) isn’t keen on helping them continuing their endless cycle of gory mayhem. The film has plenty of its own voice when it’s done referencing the best moments from better-known westerns (Unforgiven, the Dollars trilogy, etc.). The film’s shoot-outs, visual look, themes, music score and edits again help Baxley assemble another winner and it doesn’t outstay its entertaining welcome.

There was a fun East meets West film he did called Mask of the Ninja but it wasn’t as good as this pick. This 2001 TV film has the buddy cop and kidnapping formulas down to a T. It follows Casper (as the kidnapped victim’s bodyguard) and Russell Wong (as the victim’s heroic brother) and the film gains extra points by personalizing the continual maze of treachery and endless searches. By never losing a minute of interest, the whole film sets itself up for endless excitement and ways to make this be one joyful circus act.

Another well-configured John Wick/Collateral type action-mystery that looks bigger than its budget and paints yet another stunning grim criminal underworld. Van Dien plays another heavy but this role is flesh-out and the way the witness (who he’s hunting) is also layered makes the whole presentation all the more thrilling. Definitely a highlight for recent indie films that are both inspired and make good on their exciting components.

Not even the third film can touch this satirical escapade. It might not be brilliant but it’s not flipping stupid either! However, it is rather intentionally funny much like the corporation and propaganda segments in director Verhoeven’s previous films Robocop and Total Recall. Casper will always be known as Johnny Rico, the good ‘ole boy-turned-lead platoon soldier who is just easily deceived into thinking this alien bug war is easily winnable (spoiler: it’s definitely not). The film still holds up beyond just being a funny lampoon of the Gulf War and always has a few amusing Easter eggs that one notices each rewatch. And no one could’ve perfected the lead iconic role better than the Van Dien!