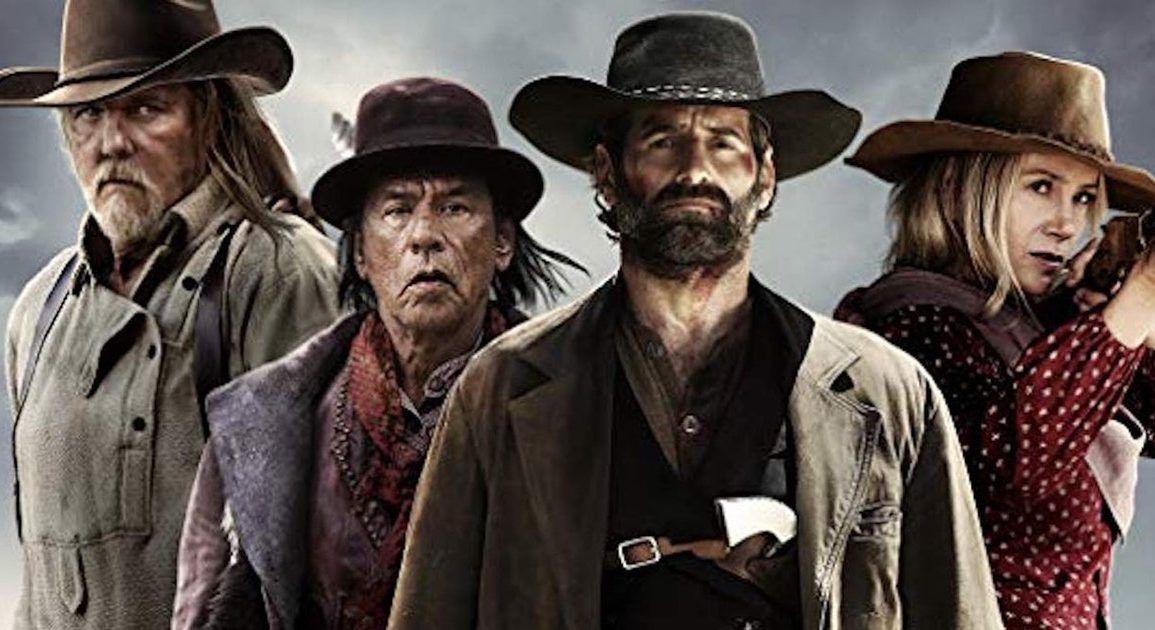 BADLAND is not without its charm, but only the most dedicated western aficionados will want to bother.

Plot: Gunslinging detective Matthias Breecher is hired by one of the first African American senators to track down the worst of the Confederate war criminals. As he traverses the titular hellish badlands seeking justice, his resolve is tested when he meets a determined pioneer woman who is far more than she seems.

Review: The western film isn’t dead, it just lives on in the world of low budget movies made for streaming on Amazon or Netflix and DVDs found at Wal-Mart. Those of us who love the genre will take them were ever we find them, unfortunately they are rarely worth the effort, time or money. The best we can usually hope for is a movie along the lines of BADLAND.

An episodic adventure about a Pinkerton detective named Matthias Breecher (Kevin Makley) on the hunt for three confederate war criminals sentenced to hang. The movie chronicles his journey and his interactions with a number of “colorful” characters along the way. Which is occasional interrupted by a gunfight or a fist-fight. At one of his destinations he comes across his target (Bruce Dern), who is elderly and dying, he is also repentant for his crimes and of course he has a strong willed unwed daughter (MIra Sorvino). In another stop along the trail he finds his quarry (Jeff Fahey) in the form of a small town corrupt sheriff that the townsfolk live in utter fear of.

Written and directed by Justin Lee, a would-be no budget “auteur”. this is his third western after “A Reckoning” and “Any Bullet Will Do”, which according to rules laid down by Quentin Tarantino would make him now an official “western director”. I like the fact that Lee makes westerns and is sincere in his direction of them, however his weakness seems to be as a screenwriter. His scripts are filled with clunky unnatural sounding dialogue, cliched situations and long stretches of inaction. BADLAND being no exception.

The picture manages to assemble a much better cast than it deserves, most of the name actors show up for cameos with Sorvino and Dern having the largest of roles. Most of these actor’s talent is wasted, but at the very least Lee tries to give each one of them a solid scene of their own. Leading man, and co-producer, Makley is actually a pretty decent actor in his own right, he has also starred in Lee’s other two westerns and seems at home with the genre. It would be welcomed to see him one day in a western with a bigger budget and some more skill behind it.

Aside from it’s cheap looking production the biggest flaw comes from the movie’s over length, at 117 minutes, the film wears out it welcome long before it is over. The middle drags and by the time we reach the “showdown”, which should be the movie’s highlight, we just want it to be over. BADLAND is not without its charm, but only the most dedicated western aficionados will want to bother.