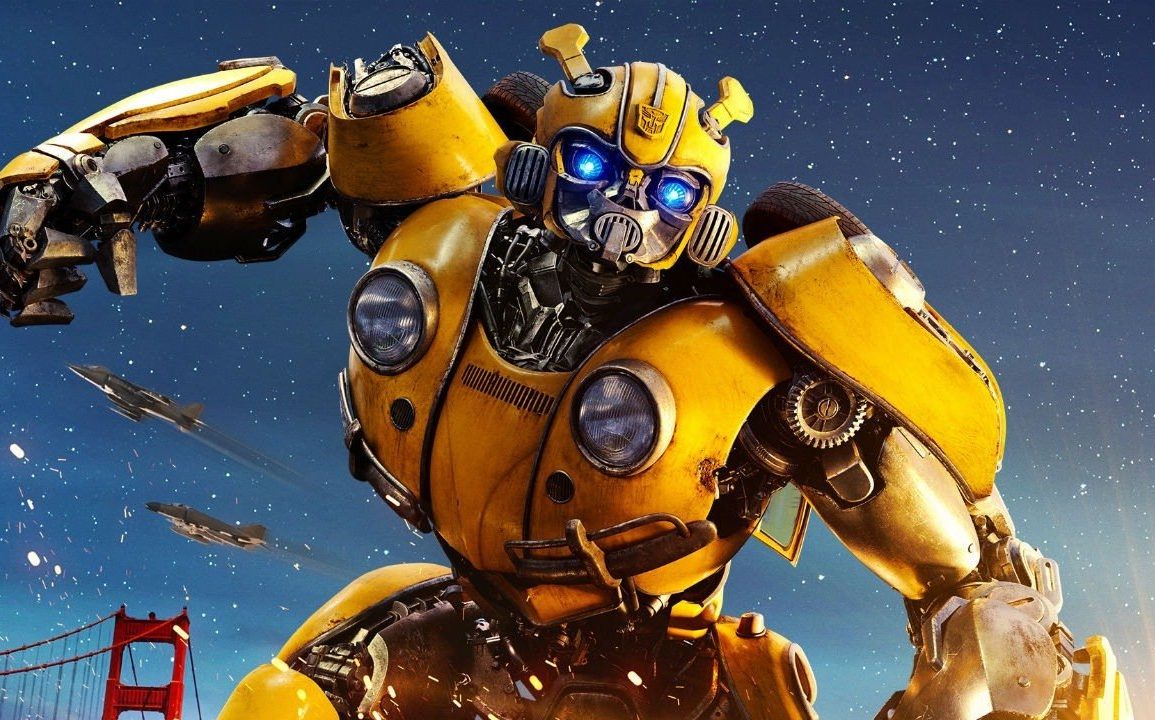 Bumblebee may not have as much Cybertron action as fans would like and it’s rather formulaic but it’s a diverting enough watch with some fun set-pieces, stunning visual effects and a sympathetic lead in Hailee Steinfeld. It’s also the first in the series to have real heart and some surprisingly moving moments.

Plot: On the run in the year 1987, Bumblebee finds refuge in a junkyard in a small Californian beach town. Charlie (Hailee Steinfeld), on the cusp of turning 18 and trying to find her place in the world, discovers Bumblebee, battle-scarred and broken. When Charlie revives him, she quickly learns this is no ordinary, yellow VW bug.

Review: Bumblebee is the first Transformers movie not to be directed by Michael Bay which is probably why it’s the best live action Transformers movie to date. Nothing will ever touch the 1986 animated movie but this soft reboot as they’re calling it had plenty of nods to the original and is also a love letter to the 80’s in general. It opens with the fall of Cybertron and fans will love playing “Spot your favourite Transformer” as we see plenty of old favourites turn up.

As we’ve been shown in the trailers the Transformers finally look like they’re supposed to and the audience I watched it with cheered regularly.

After a frankly stunning opening 15 minutes where we think we are finally getting the Transformers movie we’ve always wanted however, the action moves to Earth and admittedly it does get a little less interesting with some pacing issues in the mid-section.

A common complaint about these recent movies is that we never get to spend enough time on Cybertron or with the Transformers in general and we waste too much time with the dull human characters. That is sadly the same with Bumblebee but it does at least have a coherent story, action scenes we can see and doesn’t over do the set-pieces like Bay would so we can actually understand what’s happening. It has a smaller scale and a more intimate story where we essentially just have three Transformers with cameos from a few others to keep hardcore fans engaged.

As always there is some humour but this is the first Transformers movie that has genuine heart; I really took to Hailee Steinfeld who played Charlie Watson, a girl who recently lost her father and is struggling to find her place in the world. When Bumblebee comes in to her life it opens up her heart and this alien being may just give her some kind of connection which she isn’t getting from her family since her father’s passing.  It did feel very familiar though with several scenes playing like retreads of Bay’s first Transformers movie and some very obvious foreshadowing moments but they really have got the tone just right for this one.

John Cena was apparently in the movie but I couldn’t see him… get it? Sorry.

The only element from Bay’s movies that I miss is Steve Jablonsky’s score which isn’t even referenced and the music score to Bumblebee lacks anything resembling a memorable theme tune. It does at least have some choice 80’s tunes which will have the older audience smiling happily.

It has an 80’s action movie feel with several cheesy moments and even a suiting up scene in the mode of Commando. There is also an amazing reference to Stan Bush but I’ll say nothing else.

The visual effects are for the most part flawless with Bumblebee himself wonderfully realized and looking almost photo realistic; Cybertron looks incredible and has a real sense of scale too.

Overall, Bumblebee is finally a step in the right direction for the Transformers franchise with the Cybertron scenes giving this that extra half star for sheer scale and fan service. It’s not a masterpiece by any stretch but it’s fun escapist nonsense with a likable lead in Hailee Steinfeld and plenty of entertaining action scenes.