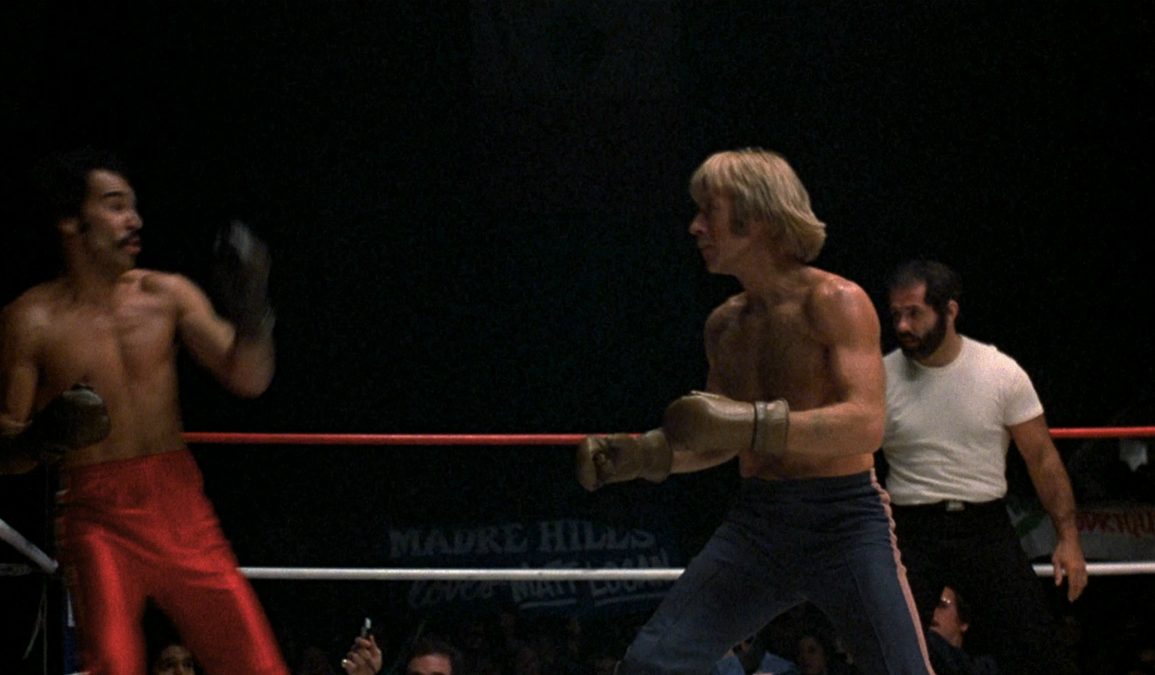 Plot: When local Californian police find themselves powerless against the spread of drugs they call in a Vietnam veteran and karate champ to instruct them in the martial arts. However, when his son is killed by the local mob for knowing too much, he decides to take on the drugs barons himself.

A Force of One isn’t exactly classic action fare and it gives off a bit of a made for TV vibe but it’s still entertaining enough. It showcases Chuck Norris’ martial arts skills as this was really his athletic prime before he became a big star so there are plenty of fight scenes which admittedly do seem somewhat tame now compared to the likes of The Night Come for Us.

Norris was never the greatest actor and is rather wooden but he is still a very appealing character on screen and Matt Logan is an easy guy to like; he’s honourable and just an all round good guy who also happens to be a fighter preparing for the championships. The cops come calling asking if he will help them in training officers in karate and he reluctantly accepts.

It’s pretty clear early on who the bad guy is but if you haven’t seen the movie then best look away now.

All you need to do is see Bill “Superfoot’ Wallace on the cast list and you’ll know he is a fellow martial artist and that Chuck will have an epic battle with him at the end which is one of the highlights of the film.

It’s pretty well paced for the most part but it’s never exactly thrilling and it comes across as incredibly dated now. If you were to watch this movie for the first time now you would likely just laugh at it… which I find is the case with a lot of Norris’ earlier pictures.

What’s interesting is that Chuck gets second billing in the credits and this is really a Jennifer O’Neill film; she plays the potential love interest and cop Matt works with as they try to find out who the karate killer is.

All of the fights were choreographed by Chuck Norris and his brother Aaron who was also stunt coordinator and for the time they are well done; you can clearly see every kick and punch and it has that gritty 70’s vibe. The music is rather lame sounding now too but it was very much a product of the era.

There’s not really much else I’d want to say about A Force of One; it’s an early Chuck Norris movie with plenty of fisticuffs but it’s not a patch on the likes of Invasion USA or Missing in Action.