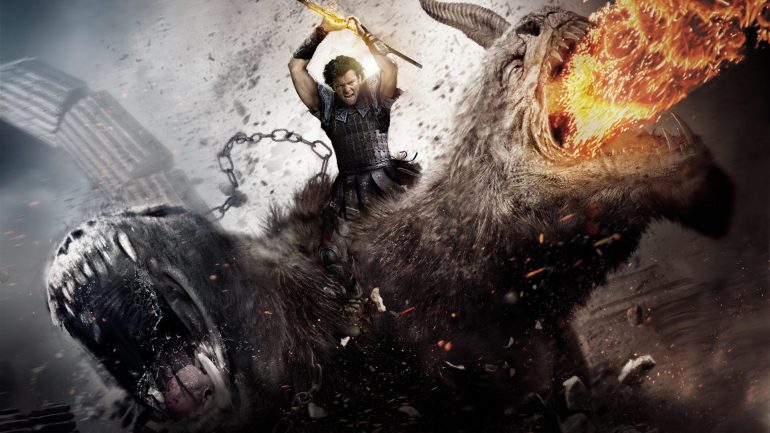 I find both of these movies are largely forgotten about as no one ever seems to talk about them; I always loved the original Clash of the Titans featuring Ray Harrryhausen’s wonderful stop-motion special effects so when a remake was announced I wasn’t particularly excited. It ended up being mildly better than expected but imagine my surprise when we got a sequel called Wrath of the Titans! I know there are plenty of you out there who will hate both movies and that’s fine but I’m literally writing this just for me.

Both films deliver plenty of fantasy-fueled action with big monsters and a genuine sense of spectacle, but which is better? RELEASE THE KRAKEN!

Met with a giant “meh” from critics when it was released the 2010 Clash of the Titans remake is sitting at 27% rotten on Rotten Tomatoes however, audiences flocked to see it and it made just under $500 million at the international box office so it’s no wonder a sequel got the greenlight.

It has a truly epic cast featuring the likes of Liam Neeson as Zeus, Ralph Fiennes as Hades, Mads Mikkelsen as Draco (not Malfoy) and Sam Worthington as Perseus.

I’ve never really been convinced about Sam Worthington; he is decent enough in some action roles but he can never disguise his accent but most importantly I found his interpretation of Perseus in this movie really unsympathetic and a bit whiny. He is offered great gifts by his father Zeus and he spurns them as he wants to make it on his own. Your dad is Liam Neeson! Take the bloody presents you ungrateful swine!

Aside from that the plot is the same as the original with Perseus, the son of Zeus, getting caught in a war between gods and is helpless to save his family from Hades (Ralph Fiennes), the god of the underworld. With nothing left to lose, Perseus leads a band of warriors on a dangerous quest to prevent Hades from overthrowing the king of the gods and laying waste to Earth.

The visual effects are mostly impressive but I really enjoyed the music score; it’s not as whimsical as the original but it has a more modern and slightly sombre feel that works perfectly for this update.

There is plenty of monster punching action with the Kraken proving a nice piece of computer rendering which actually has a sense of scale; the only problem is it’s all over too soon and is very anti-climactic. It’s funny how Medusa the Gorgon in this version is far less convincing than the stop-motion one from 1981; she just looks like a CG creation and is one of the weakest effects in the film. Some of the characters and dialogue are a bit bland too with nothing being all that memorable and you’ll feel nothing through the entire picture.

Also, why the Bubo hate? He was awesome in the original and cute providing a few laughs for the kiddies. #justiceforbubo

So despite some impressive special effects Clash of the Titans leaves you a bit empty and is rather forgettable.

When Wrath came out in 2012 it was nowhere near as big a hit at the box office making only $305 million at the global box office and a 26% Rotten rating on Rotten Tomatoes; it was hardly a failure though with plenty of moments to enjoy.

Set ten years after defeating the Kraken, Perseus (Sam Worthington) is living a quieter life as a fisherman and sole parent to his young son. Meanwhile, trouble is brewing on Mount Olympus: The gods are weakened by mankind’s lack of devotion, and they are losing control of the Titans and their leader, Kronos, whom they imprisoned in Tartarus long ago. When Zeus is betrayed by Ares and Hades and captured by the Titans, Perseus leads a group to rescue him and save mankind from the ancient beings.

The biggest strength of this movie is that it isn’t a remake so you could enjoy it as a movie in itself without comparing it to a beloved classic. Sam Worthington returns and despite having the range of a pencil sharpener he does what’s required of him as Perseus; he is less whiny this time around and his priority is keeping his son safe.

I think the visuals in this movie are superlative with some imaginative creatures and Kronos was very well realized with a genuine sense of scale which is rare with CG.

I loved the idea that the Gods lose power when people stop praying to them which gives the story an added depth missing from the first movie. Some have described this movie as bland but I found this one surprisingly moving at the end and when Zeus and Hades pass away it was genuinely sad.

There are some fantastic action sequences in Wrath with Perseus taking on the Minotaur one of the many highlights and the climactic battle scene against Kronos is awesome too.

Ares is a hateful villain played to perfection by Édgar Ramírez who is clearly relishing every moment and then you have the always magnificent Ralph Fiennes returning as Hades except this time it’s his redemption tale.

Liam Neeson is so perfectly cast as Zeus and he brings the required gravitas for such a role; he underplays it as only he can when it could so easily have been over the top.

The music score is filled with epic choirs and is one of my favourite modern soundtracks with a memorable leitmotif main theme.

Overall, Wrath of the Titans may not be on anyone’s best movies of all time lists but it has plenty of enjoy with some impressive visuals, spectacular action sequences and an epic music score.

As much as I thoroughly enjoy both Titans movies I personally prefer Wrath of the Titans in every way; the characters are better, the action is huge in scale and the music score is awesome. Unlike Clash you actually feel something by the end of this movie and the idea that the Gods fade away when people stop praying is an intriguing one.