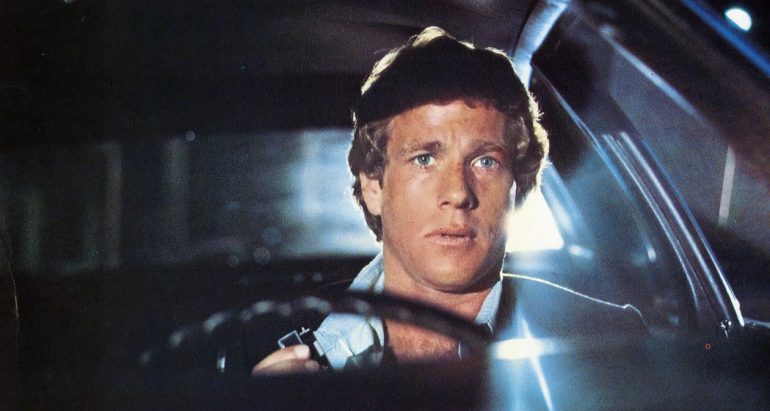 The Driver has cool people driving cool cars and it rockets along at a fast pace making it a must-see for action fans.

Plot: An enigmatic man of fast cars and few words, the Driver (Ryan O’Neal) excels at maneuvering getaway vehicles through the tightest of spots, making him quite in demand in criminal circles. His skill and notoriety, however, infuriate the Detective (Bruce Dern), who becomes obsessed with taking the Driver down. Luckily for the speed-loving anti-hero, the Player (Isabelle Adjani), a gorgeous and resourceful woman, is around to help him elude the Detective.

Review: If you’re a fan of Drive then you’ll love this considering the Ryan Gosling-led movie was pretty much a remake. Well, not entirely but certain scenes are word for word identical. The opening 10 minutes of Drive gave me serious déjà vu as the set piece was exactly the same.

The legendary Walter Hill wrote and directed this classic car chase movie back in 1978 (the year I was born, trivia fans). Bruce Dern is the smug cop and Ryan O’Neal the cool as ice getaway driver (Yeah, the actor who played the Driver is also called Ryan).

It has some impressive driving scenes and deserves its classic status; even after all these years, everything about it oozes cool from the script to the acting, the pacing and the music.

I love how in the cast list at the end, no names are given to the characters, just Driver, Cop, etc which has been copied numerous times ever since. Director Walter Hill always said he likes to keep his characters mysterious and never give them too much backstory which is very prevalent in this movie.

I’ve always been a huge fan of Bruce Dern and found his delivery to be hilarious as he can come off as incredibly sardonic; he still stole The ‘Burbs opposite Tom Hanks. This is a very different role for him compared to that but it’s one of his best.

It’s a simple storyline but those really work the best. The film rockets along at an hour and a half’s length and you don’t notice the time going by.