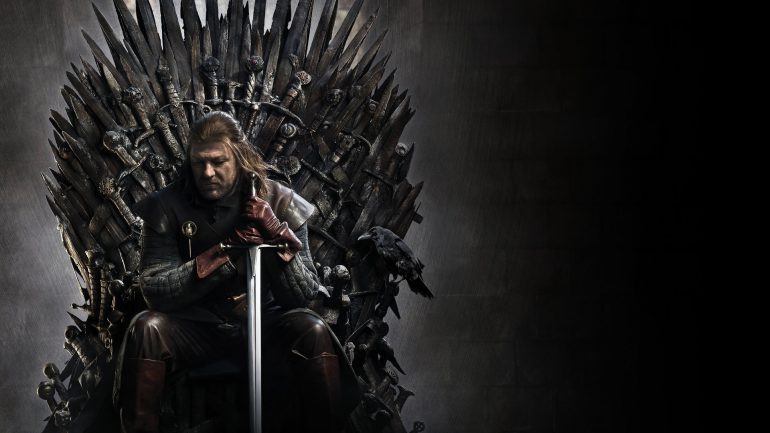 This is overall a like-it-or-hate-it show. I have known countless people who swear by it, never missing a single episode while others could never get into it due to the length and graphic content. I got news for you: I started out in the former group while later relocating to the latter camp.

Plot: Based on the best-selling book series “A Song of Ice and Fire” by George R.R. Martin, this sprawling HBO drama is set in a world where summers span several decades and winters can last a lifetime. From the scheming south and the savage eastern lands, to the frozen north and ancient Wall that protects the realm from the mysterious darkness beyond, the powerful families of the Seven Kingdoms are locked in a battle for the Iron Throne. This is a story of duplicity and treachery, nobility and honor, conquest and triumph. In the Game of Thrones, you either win or you die.

The HBO show has been a source of many things: inspiration, controversy, pop culture parody, even unknowns and veteran actors having their careers created for them. How one chooses to remember it is a whole other dilemma which I’ll touch on here. The best way to sum it up is Lord of the Rings meets The Sopranos meets Shakespeare meets Downton Abbey and you essentially get my drift.

This is overall a like-it-or-hate-it show. I have known countless people who swear by it, never missing a single episode while others could never get into it due to the length and graphic content. I got news for you: I started out in the former group while later relocating to the latter camp.

Seasons 1-4 Review: The show starts off slow and builds on slow reveals, shocking cruelty and poetic speeches to truly set up its potentially beautiful narrative that may come to be. The actors unfortunately are WAY above the material and often add far more subtext and nuance to the material than the script actually suggests. By Season 2, the show has become far more repetitive than your typical political/cop/spy/lawyer/doctor drama by establishing that its going to go by thus basic formula: kill someone rather beloved halfway/near the end, show endless scenes of the devilish Lannister and other rival kingdoms torturing other characters while they boast about how they came to he what they are, and end it all with an epic battle to wrap things up (until next season that is).

Season 3 and 4 are where fanboys typically differ on but they have far better things going for them despite it being clear in both seasons that the writers are running out of material to adapt, let alone write themselves, as there are often too many filler scenes (you’ll know them when you see them) when not going for the obligatory violent and sexual scenes. I have nothing against whatever content but I do condone uneven tones and every so often the sex scenes come off as bland softcore porn, the torture feels better suited to either an exploitation film or Italian imported Conan the Barbarian knockoff, and as Honest Trailers YouTube channel has pointed out years ago, its truly hard to remember everyone’s names as there are WAY too many subplots even for this type of medieval soap opera.

While nevertheless engaging, it never raises the bar to what it aims to be and it is best enjoyed as camp due to the over-the-top elements not being well-edited.

Seasons 5-6 Review: Some critics and fans adore the fifth season but this is honestly filler in a nutshell and where it becomes nothing but a sleeping pill. Go to sleep now and wake up later only to be met with more plot twists and slow reveals that still won’t have a definite answer until the next season. If I want to endlessly ponder the various mysteries of a show, let alone life, I’ll watch a David Lynch film, maybe something far more infamously pretentious.

Its clear here that the show is too reliant on the shocking material to make any true impact in its slower moments and some of the lesser actors (I’m looking at you, Sophie Turner!) show that not only are their characters annoying but that they are truly limited even with a supposedly million dollar crew behind them.

The sixth season fares far lesser by taking it’s sweet time trying to factor in various turning points for all the characters. It’s honestly virtually impossible for even the most ardent fan to pinpoint who’s story it truly is as even the supporting bastards here get as much screen-time as the previously largely featured heroes and villains. Adding to the usual shocking finale twists and you’ll be damned to believe that this wasn’t planned at the last minute given how the tone doesn’t match up with how it began.

Season 7-8 Review: Season 7 is absolute hogwash when it comes to any reason to return at this point as all the recurring subplots and bizarre character arcs are skipped around so much that you truly find that the show has outstayed it’s welcome seven years too many. This time more of the same hokey plot twists and gruesome character demises feel forced and it no longer having the same effect. It’s often said that you can only laugh at the same joke the first 100 times and this show has certainly become a very bad joke.

Season 8 goes to the same infamous extremes as The Walking Dead franchise by having endless zombie type battles the various Winter Walker beasts and it tries to tug on everyone’s emotional heartstrings while introducing other last minute plot twists and even more of the garbage themes that has been done to death (incest, kingdom rules, dragons, etc.).

The only saving grace of this final season (other than it ending) is the endlessly hilarious spoofs that gave come of it. And you can print that!