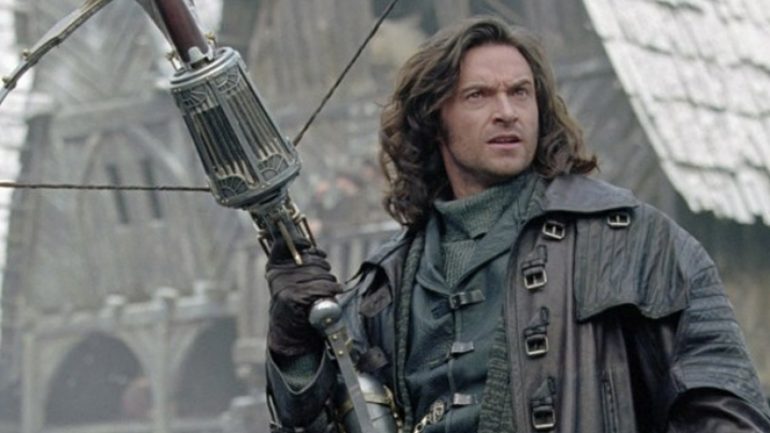 When I was growing up (I haven’t finished yet) Castlevania was my favourite video-game, especially on the Super Nintendo. I loved the music, the simplicity of the game-play and just the sheer atmosphere.

When Van Helsing starring Hugh Jackman was announced I was delighted; what a great concept, ALL of the Universal Monsters together at last. It was essentially Castlevania the movie. The teaser posters all built up the atmosphere and really got me stoked for the movie.

Did it live up to my lofty expectations? Absolutely not. The script was frankly terrible and a lot of the CGI was even worse… and yet, I still really enjoy the movie. It has that old-fashioned adventure feel to it and just had a feeling of fun. It’s the kind of movie where you forget your critical faculties and just have a good time.

Despite the ropey effects I still had a blast with Richard Roxburgh as Dracula, but the highlight for me was the music score by Alan Silvestri. It mixed Gothic moodiness with swashbuckling heroics.

The standout scene for me was the horse/carriage chase through the forest; the music is loud and bombastic, really just building up the excitement.

It also has Kate Beckinsale looking hot… as usual.

I really liked Hugh Jackman in the role as well as he made the character of Van Helsing really like an old-school James Bond. He has the gadgets and even has his own Q (David Wenham).

I would love to see a sequel with Jackman returning but maybe with a different director this time and better effects.

So there you have it, I like Van Helsing, prepare the abuse.