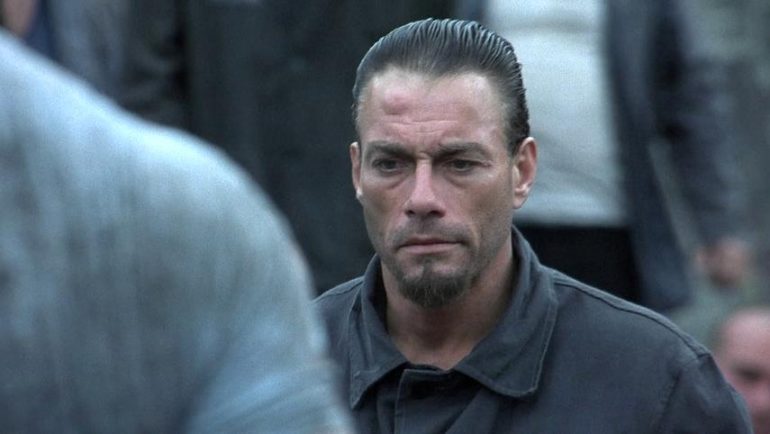 Plot: Kyle LeBlanc (JCVD) must survive a prison where hardened criminals battle to the death for the wardens’ entertainment.

Review: Jean-Claude Van Damme has rarely been better than in this extremely hardcore and brutal prison movie. Directed by Ringo Lam (Maximum Risk, Replicant) In Hell pulls no punches in depicting the horrors of life in prison and by the end you’ll think there is no hope for humanity.

It’s the sort of film that haunts you for weeks after watching it; it’s not a fun movie by any means and may be a bit too harrowing for some. Personally I think it’s a fabulous film, which is well acted by the entire cast and directed with enough grimness to put anyone off committing a crime ever again… maybe.

This isn’t really a martial arts film; the violence isn’t cartoony or fun and it’s meant to be disturbing… job done. I’ve said it before and I’ll say it again that Van Damme doesn’t get enough credit as an actor and after watching this you’d be hard pushed to argue otherwise.

There is the usual prison badass who regularly rapes the young guy, which thankfully we never see; you just hear the screams… shudder. The poor kid really goes through the ringer and your heart breaks for him from beginning to end.

Even if you’re not a fan of JCVD movies, (if not then get the Hell off my website)  then this is definitely worth watching as it has more depth and human drama then you’d expect.

Overall, In Hell is not exactly a barrel of laughs but the story is unpredictable and disturbing enough to make the movie an interesting one-time watch, really wouldn’t recommend buying it though.