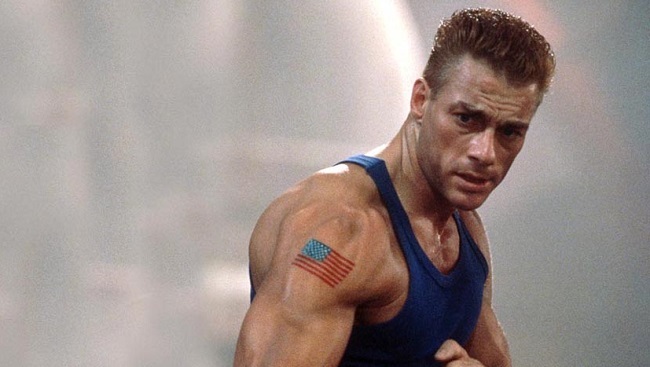 With word the other day that we are getting a new Street Fighter series I just realized that Street Fighter from 1994 is one of the few Jean-Claude Van Damme movies we’ve never really reviewed or covered on the site.

At the time of its release back in 1994 Street Fighter was met with less than stellar reviews from critics and many fans of the video game. Despite its failings however, the film was not a box office disaster and went on to make $99.42 million on a $35 million budget.

We all know the behind the scenes stories like how this was during JCVD’s drug phase and how he hooked up with Kylie Minogue during filming but what of the final product itself?

Well, Street Fighter was always seen as one of Van Damme’s weaker efforts but it has since gone on to garner a cult following (Derailed is his worst FYI) and I have to admit that I even enjoy watching it from time to time. The late great Raul Julia stole the show in his final role before he sadly passed away giving Bison some gravitas. JCVD is still entertaining as Guile but we all know the obvious highlight is THAT speech:

Most of the budget was spent paying for Van Damme and Raul Julia which is why the supporting cast is filled with lesser known (at the time) actors. I did enjoy Byron Mann as Ryu though and thought his banter with Ken (Damian Chapa) provided some laughs.

It’s pure cheese but Street Fighter remains a fun watch, possibly for all the wrong reasons with dialogue like “I’m the repo man, and you’re out of business” which still makes me go red with every viewing.

Some of the acting is also pretty bad but to be honest, it all adds to the entertainment value. It’s well paced and wastes to time in getting going despite never really feeling like the video game. There is a sense of fun where it never takes itself too seriously so if you take it for what it is then you’ll enjoy it.

I still have the soundtrack on CD somewhere and I used to love listening to the Ice Cube flavoured main song Street Fighter. I thought the score was suitably bombastic from Graeme Revell who also did the music to Hard Target,

There are some interesting pieces of trivia on IMDB about the film like apparently JCVD was offered the role of Johnny Cage in Mortal Kombat but turned it down to do this.

The final amphibious attack on M. Bison’s compound, filmed on location in Thailand, was originally supposed to be an air assault. The Thai government wouldn’t allow the use of its airspace for the large number of aircraft the scene would require, so the producers changed the final battle to a boat assault instead.

In 2003, Jean-Claude Van Damme was actually working on a sequel, “Street Fighter II”, for Universal, which had released the original. Several cast members had been hired to join him in the sequel, including his Universal Soldier (1992) co-star Dolph Lundgren in an unrevealed role, Australian actress Holly Valance would have replaced Kylie Minogue as Cammy White and Damian Chapa would have reprised his role as Ken Masters. Byron Mann was also reportedly in talks to return as Ryu Hoshi. However, after a few years of trying to get the sequel off the ground, the project never materialized and any plans for a sequel were scrapped in favor of a reboot, Street Fighter: The Legend of Chun-Li (2009), when the Street Fighter film rights reverted from Universal Pictures to 20th Century Fox.

The cast’s physical training was handled by Hollywood trainer and world karate champion Benny Urquidez. Charlie Picerni was hired as the stunt cordinator; he took the job with the condition that he would need ample time to train the cast. De Souza agreed, however plans were switched once it was learned the Raul Julia was suffering from cancer. Initially plans were to shoot Julia’s less intensive scenes first while the rest of the cast would train with Picerni, however upon seeing Julia, de Souza realized that they could not show him in his current weakened state and was forced to switch the filming around. This led to an environment where the cast would be trained only right before their scenes sometimes only hours ahead.

For the role of M. Bison, Raul Julia researched various dictators and crime lords and their lives and personalities, and mimicked many of their traits to incorporate into the M.Bison character (notably Benito Mussolini’s hand gestures, Joseph Stalin’s mannerisms, Pablo Escobar and his elusiveness and Adolf Hitler’s love of art). Julia also approached the role with a Shakespearean tone, looking at Bison in the same type of villain as Richard III.

There are lots more pieces of trivia at IMDB but those were the most interesting tidbits of info for me.

So after all these years Street Fighter is still flawed but if you can take it for what it is and pound a few beers while watching then you may have a blast.