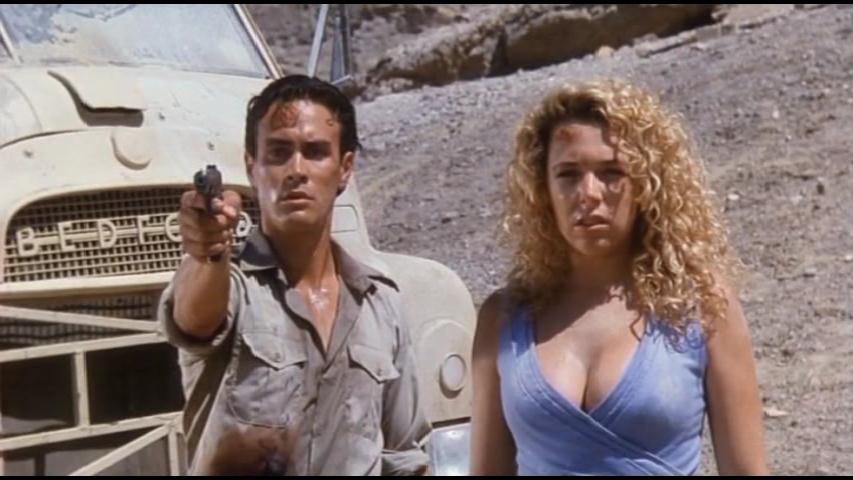 Laser Mission is as lame as it sounds and even the late great Brandon Lee can’t really redeem it.

Plot: Mercenary Gold is sent from the CIA to seize the laser expert Braun in Cuba, before the KGB catches him. A recently stolen giant diamond could be used together with Braun’s knowledge to construct a laser cannon which could bring power over the whole world. Who will succeed: CIA or KGB – or none of them?

Review: This was an early role for Brandon Lee and sadly it’s really not very good at all. The fact that it’s called Laser Mission doesn’t bode well and it kinda goes downhill from there.

It looks incredibly cheap and the acting in general is terrible.

Lee himself is just fine and his charisma shines through but there are hardly any martial arts fight scenes and he spends most of the movie putting up with the token annoying 80’s female sidekick… who is actually a CIA agent…. obviously.

The Cuban army must love being portrayed as bumbling imbeciles and the male and female soldiers are meant to be comic relief but they fail on practically every level.

The main bad guy also has like 4 deaths and keeps coming back; literally a Terminator is easier to kill than this guy. He gets shot, explodes and is eventually run over which finally stops him.

It’s not all bad, I mean despite the $3 budget, there is some decent action and there are real explosions which is always a plus.

It’s quite well paced and Brandon does get 1 or 2 brief fights; the highlight being in the desert with a nameless goon.

There is a scene with some random old guy riding towards them on a horse shooting at them. I imagine he was sent by the bad guy but we never really find out; he gets shot and only appears to provide our heroes with a horse.

There is some fabulously cheesy music too and the score has some cool electric guitar moments too.

Overall, Laser Mission is as lame as it sounds and even the late great Brandon Lee can’t really redeem it. Stick with Rapid Fire, Showdown in Little Tokyo or The Crow.