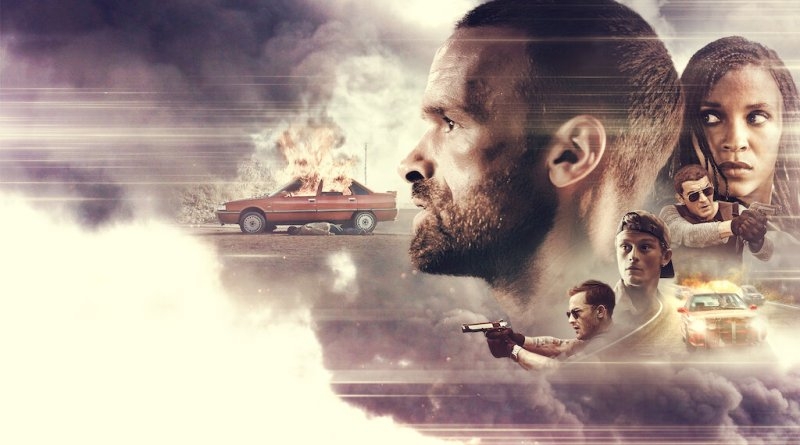 Lost Bullet is top notch entertainment with some impressive action and fight scenes, a fast pace and a likable lead in Alban Lenoir.

Plot: Facing a murder charge, a genius mechanic with a criminal past must track down a missing car containing the proof of his innocence: a single bullet.

Review: There are some potentially mild spoilers ahead so if you know nothing about this movie then best move on.

Netflix has really upped their game with their recent action movies and Lost Bullet (or Balle perdue to give it its French title) is another gem; from director Guillaume Pierret it tells the story of a small time criminal called Lino (Alban Lenoir) who turns police mechanic for a go fast task force and is forced to defend his innocence when his mentor is killed by dirty cops.

Alban Lenoir really has the look and the moves to be a new action star even if Lino isn’t the most exciting character ever; there really isn’t much to him but there’s enough there for us to care about him and want him to find justice.

Lost Bullet is more thrilling than a dozen Fast & Furious movies with some incredible vehicular action scenes but also some visceral fights. Each fight scene happens for a reason with the highlight being when Lino escapes the police station. It’s such a desperate struggle that you are on the edge of your seat rooting for him to get away so he can find the real criminals and clear his name.

At 93 minutes it’s a welcome shot of adrenaline as Lino tries to evade his pursuers using any means necessary. His colleague Julia (Stéfi Celma) is the only person he can trust as he tries to convince her of his innocence, and she is generally very appealing.

The ending is very much open for a potential franchise and I would have no problem with that as long as it doesn’t go over the top ridiculous the way the Fast & Furious franchise did.

The action is shot well with no noticeable CG and there are some excellent stunts; the performances generally seem strong (they’re speaking French sooo… I don’t know) and it’s very well paced with a few moments of levity (but not many) so if you’re looking for your action fix in these troubling times then look no further.

Overall, Lost Bullet was a pleasant surprise with some kick-ass action, brutal beatdowns and a potential new action star in Alban Lenoir. Recommended.