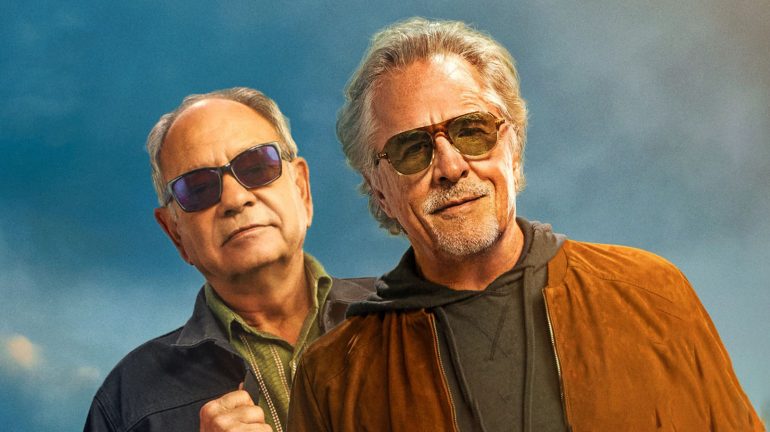 Plot: Bridges continues to run San Francisco’s SIU while dealing with a changing city, a new boss, and a world where police work focuses on data-crunching and predictive policing. While the world around him has changed, Nash hasn’t.

Review: This film was launched as both a TV show comeback AND as a series backdoor pilot for a possible continuation but was it going to live up to such potential? Within minutes, I was already digging the typical over-the-top moments that one usually gets in anything Nash Bridges-related. Low-brow and proud of it, plus, it was on cable TV so it was far more cruder with the language and risque moments. The title character even quips: “You could learn a thing or two from ‘80s cop movies.”

The plot unfolds fast and involves everything from online gambling via fight tournaments to the cops having to track down an unusual computer hacking ring. The new police members instantly click as they are in the same mode that the show always was where it’s hip, shameless and silly while being proud of that style. Don Johnson is still acing the role to where it never feels like the show ever went off the air; I especially dug how he referred to today’s generation as “TikTokers.”

Cheech Marin is back as Nash’s partner Joe and while he shows his age the most, he gets the honor of being in plenty of drug-related humor as an easy yet fun parallel to Cheech’s real-life persona. The rest of the comedic bits land because they’re just naturally amusing without trying too hard or wearing out its welcome (especially the jokes about culture wars and political correctness). Much like the hit show, this telefilm did an outstanding job of being as blunt and energetic as it needed to be while clearly having a fun time doing just that.

The show did a good job of creating its own outrageous action-comedy world and fortunately these USA Network producers clearly thought it would be a good fit for its still huge line-up (no pun!) of various crime comedy shows. Genre fans like easy escapism and this accomplishes just that as any movie has done its job when any viewer leaves with a shit-eating grin while feeling satisfied!