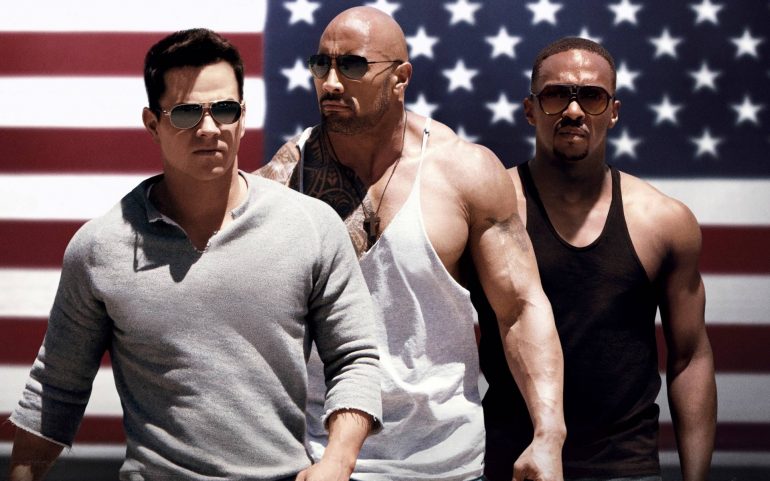 I’m looking forward to Iron Man 3 next week so I can wash the memory of this trash out of my mind, AVOID!

Plot: A trio of bodybuilders in Florida get caught up in an extortion ring and a kidnapping scheme that goes terribly wrong.

Review: Remember last week when I posted the blog asking if Michael Bay was really that bad? Well I can now answer definitively. No, he is actually worse.  I see this movie getting mostly good reviews which once again proves I just don’t understand today’s world.

Frankly everything about this movie was repugnant; Bay’s idea of humour is constant dick jokes, misogynism and things which just aren’t funny. I think I smiled twice during the entire film. The biggest problem was the tone; it was all over the place and he seems to be trying to mimic Tarantino. Sorry Mikey but you’re no Tarantino. There is nothing sophisticated about the story and the constant barrage of sex toy “humour” may be funny if you’re 15. I know it’s a true story but it doesn’t make it something I want to hear about.

I didn’t like any of the characters and just wanted them all to either die or end up in jail as soon as possible. Mark Wahlberg’s character was just a total piece of shit and had very few redeeming features. It’s a shame as it has such a great cast who give good performances. That’s why I wanted to see the film was for the cast alone. You also had the bonus of Ed Harris in a small role as a retired detective, but I just didn’t care.

The film seemed to go on forever and by the time it was over I practically ran out of the cinema and felt like I needed a bath. It was just trashy sleaze from beginning to end and when people in the audience were laughing I just felt like I was missing something.

I will admit that the “Cabbage Patch” line made me smile and a few other moments were OK; the music score was decent and it was nicely shot as you’d expect. I am just so tired of Bay’s humour and this is the last time I will ever pay to watch one of his films. I think I actually said that after watching Transformers 3 but I mean it this time.

Overall, I’m looking forward to Iron Man 3 next week so I can wash the memory of this trash out of my mind, AVOID!