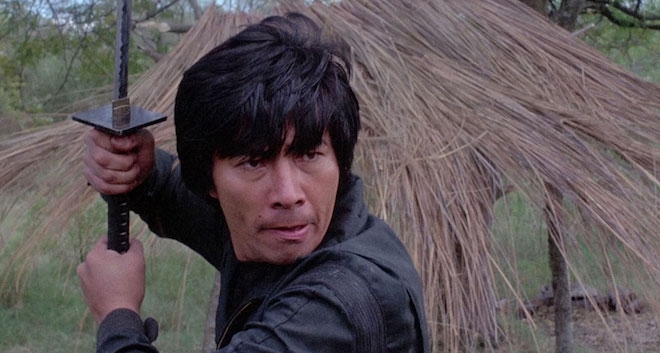 Rage of Honor is an entertaining as hell revenge/martial arts flick which exactly what you want.

Plot: A Japanese cop, Shiro, and his partner Ray are after a bunch of drug dealers. But they are betrayed by an insider and Ray is killed. Shiro follows the murderer, a sadistic drug lord, up to Singapore.

Review: I was always a huge fan of Sho Kosugi, despite not being the greatest actor in the world he feels very authentic and likable on screen.

Rage of Honour is a well paced revenge flick with plenty of martial arts and action. In fact all I need to say to sell this movie to you is this: Ninjas with flamethrowers. Your argument is invalid.

You’ve got some rather cool action in general in the last half hour but when the ninjas appeared I was a kid in a candy store. I just had a blast with the movie.

It also has the obligatory 80s electric guitar score; it doesn’t have a tune but who cares? It does the job and electric guitars make every movie better. That’s just science.

The villain was hilariously over the top and has an awesome sword-fight with Kosugi at the end, which is all very satisfying, oh and the bad guy death is kinda cool too.

Like I said, some of the acting isn’t the greatest but that really is part of the charm.

Overall, Rage of Honor is an entertaining as hell revenge/martial arts flick which exactly what you want.