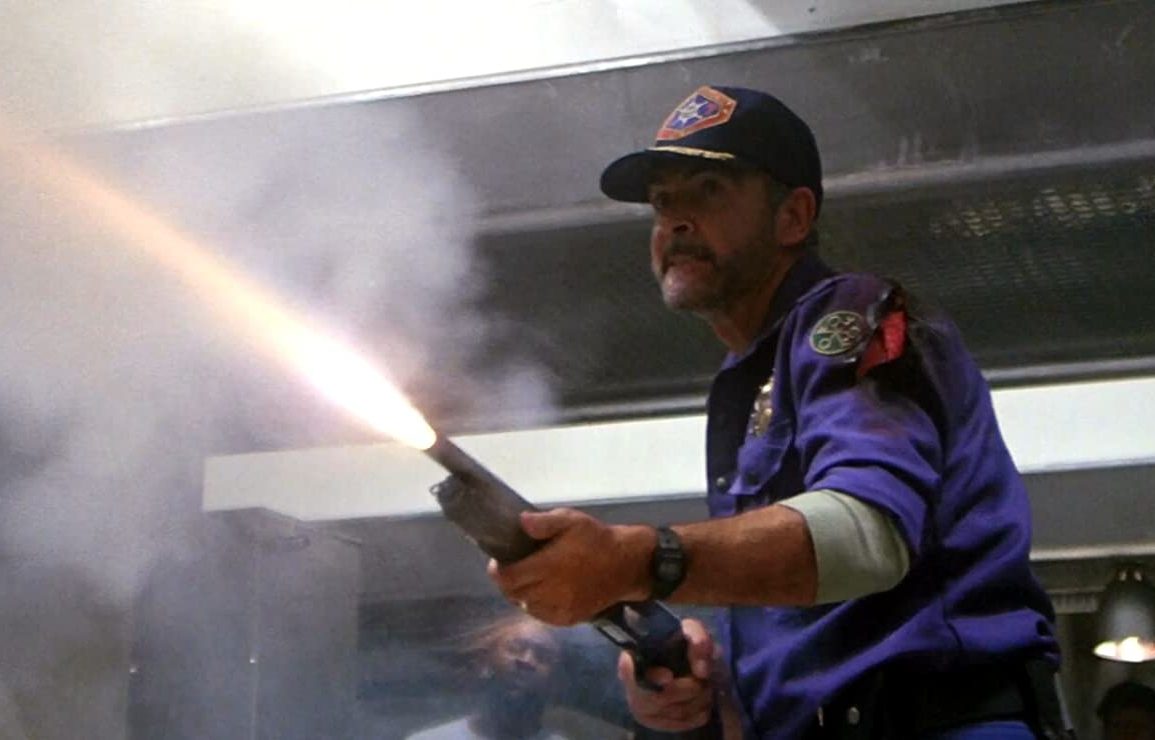 Plot: A federal marshal stationed at a mining colony on the Jupiter moon of Io, uncovers a drug-smuggling conspiracy. He gets no help from the workers or authorities when he finds himself marked for murder.

Peter Hyams has always been one of my favourite directors; any time he does an action movie you know it’s going to be slick. Released this week back in 1981 Outland is one of his lesser talked about films but it stars Sean Connery in the lead and feels almost like it takes place in the same universe as the Alien series; the visual style is very similar and it would have been interesting to see future sequels to this movie maybe connecting with it but sadly it wasn’t meant to be.

It is a little slow moving which won’t be to everyone’s tastes but it has this feeling of unease right from the start; this is a harsh future and you have to be mentally strong to survive. Sean Connery’s character Marshal William T. O’Niel is hard as nails and doesn’t take any shit from anyone. When his wife and kid leave him he barely even registers any emotion even though we can see it is eating him up inside. The doctor (Frances Sternhagen) is every bit as tough but she completely steals the movie with some great pieces of dialogue like “I’m unpleasant; I’m not stupid” and “That’s pretty good – playing by yourself, and losing. I’d join you in this dumb game, if I could play sitting down”.

She comes across as strong and someone who can take care of herself but still manages to be appealing and at times hilarious; her slowly building rapport with O’Niel makes her the perfect foil and is arguably the movie’s best character.

It has a supporting cast that includes Peter Boyle, Steven Berkoff and John Ratzenberger with Boyle proving an entertaining villain.

The characters are what really stand out and O’Niel’s wife ends up leaving not because of him but because she hates where they have moved to which is something anyone who has moved to a different country/town can identify with. The kid who plays O’Niel’s son is quite terrible though and is the film’s biggest weak spot.

In terms of action there are a few shoot-outs and a satisfying finale which has O’Niel and Dr. Lazarus fighting desperately for survival. There is plenty of gore as well making this almost more of a horror film with some action elements.

Overall, Outland is Sean Connery in one of his hardest roles; he isn’t all that sympathetic but he’s believable and convincing as O’Niel. There are some impressive set-pieces and it’s never short on atmosphere so if you haven’t seen it then check it out.