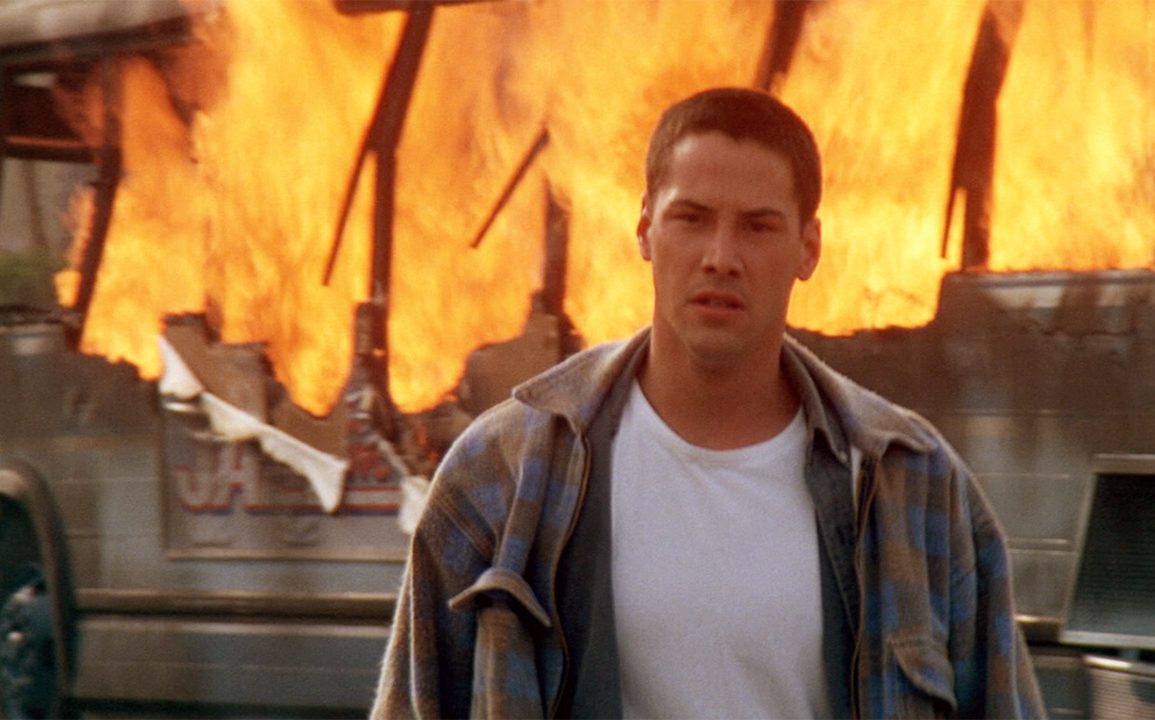 Speed is one of my all time favourite films and I could easily watch it on repeat; it’s a pulse pounding, adrenaline rush and it never, EVER needs to be remade.

Plot: A young cop must prevent a bomb exploding aboard a city bus by keeping its speed above 50 mph.

Review: It’s hard to believe this classic movie is nearly 20 years old; I still remember seeing it in the cinema like it was yesterday. I had a double bill with Pulp Fiction which proved to be a rather awesome Saturday, as you can imagine.

To me, Speed is one of the greatest action movies of all time; it has such a simple concept and it is executed to perfection. Everyone raves about The Matrix being Keanu Reeves’ best movie but for me it’s all about Speed.  Keanu’s haircut was all the rage at the time and I believe I even got a buzz cut too.

He’s never been cooler than in this movie, apart from maybe in Point Break; Jack Traven is a John McClane style bad ass but he’s suitably different in terms of personality. Where McClane is a family man, Jack is a loner who never plays by the rules.

He relies on his gut and gets by on pure luck; during the events in this movie he discovers he needs more than that to beat the sadistic mad man holding a bus full of commuters hostage.

I used to have the hots for Sandra Bullock so much back in the day, but now I do find her rather annoying and the only weak point of the film.

Dennis Hopper gives one of his best performances as Howard Payne, the nutjob bomber and ex-cop out to get rich in a very complicated manner. He’s the kind of villain you love to hate and is definitely one of my all time favourites.

The supporting cast are all fantastic including Joe Morton and Jeff Daniels as two fellow cops who know Jack is a loose cannon but give him leeway because they know he’s good at his job.

Speed manages to have plenty of action, great one-liners and nail-biting tension from beginning to end. This was before the days of lazy CGI where the stunts are jaw dropping and the action is intense.

The best thing about the movie is the stunning score from Mark Mancina; the amazing theme tune is pure adrenaline where it pounds away during the action scenes and works unobtrusively during the tense, quieter scenes.

Overall, Speed is one of my all time favourite films and I could easily watch it on repeat; it’s a pulse pounding, adrenaline rush and it never, EVER needs to be remade.