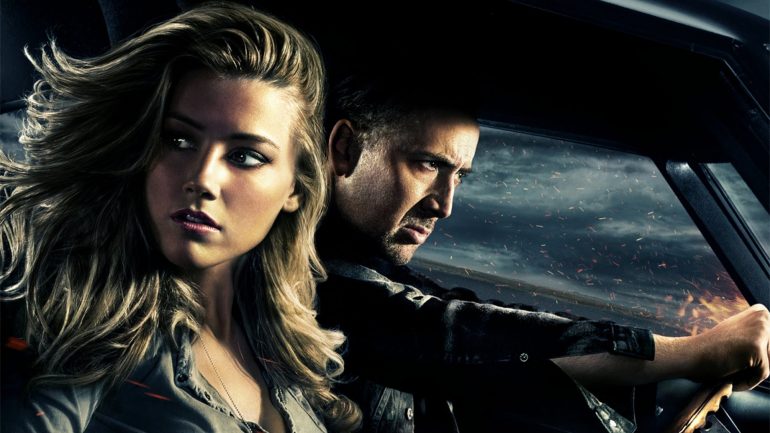 Plot: Thrown into hell for his crimes, brutal felon John Milton (Nicolas Cage) escapes from the fiery pit after cultists murder his daughter and take her baby. Intent on rescuing the child, Milton joins forces with a waitress, who gives him her ex-lover’s fire-red muscle car. In it, the two pursue the cult leader, who plans to sacrifice the infant and unleash hell on Earth. However, the hunters become the hunted when Satan sends his merciless henchman (William Fichtner) to drag Milton back.

This movie pretty much died in theatres and then disappeared, but I bought it on Blu-ray and watch it regularly because I think it’s awesome. Nic Cage is completely bad ass in it and any movie where our hero is having sex with someone while chomping on a cigar, shooting bad guys and drinking Jack Daniels is A-OK in my book.

Sure, the scene may be lifted from Shoot Em Up but it’s still awesome.

From the opening scene which starts with a group of guys being chased by Cage in his car who then promptly blows them all away, the movie rockets along at a great pace.

The movie is owned though by William Fichtner who is hilarious as the Accountant sent from Hell to bring back Cage. Amber Heard is a bit of a goddess too who is a tough chick with attitude and doesn’t take shit from no one.

Unlike a lot of other movies like Death Proof, etc which keep saying they are old-school exploitation movies, this actually feels like it and would not be out of place if it came out in the 70s.  It has some quality violence, fast cars and hot women making it one helluva good time.

I’m not sure what people were expecting from the movie but for me it delivered what it promised. It was never going to be huge at the box office because it’s not exactly Blockbuster material and not suitable for the kiddies, but that’s another reason why I loved it. It was an adult oriented, super-violent, crazy movie and I can’t get enough of it.

You’ve also got Michael Wandmacher providing a kick ass, electric guitar flavoured score which only makes the movie kick even more ass. So there you have it, I love Drive Angry and if you don’t then I guess I’ll see your ass in court.