10. Star Wars: Revenge of the Sith

Yeah, I get it, SOME people hate the Prequels as it’s the cool thing to do since Red Letter Media acted like the know-it-all internet critic. But Sam Jackson was hardly miscast as often stated and that so-called critique has never been well detailed. Probably because it’s an invalid point and he kicked tons of ass as the bureaucratic head of the Jedi Order and Revenge of the Sith was easily the best of the Prequels by showing more strengths in the epic portions and strikingly closer to the grim nature of Empire Strikes Back.

Jackson himself serves as the voice of the remaining Jedi who’s days will shortly become numbered the minute his Mace character walks through to attempt to defeat a Sith Lord in hiding. Jackson also gets some epic lines and one of the best lightsaber fights in the film (there’s many after all!) as well as in the entire saga as a whole.

Jackson’s part as an ex-con grifter struggling with personal and financial issues carries such great weight in that it allows Jackson a chance at Neo-Noir territory as well as a Taken-type thriller throughout. In an awful scenario and anything but stupid, this role is still a rather rewarding if not always too surprising thrill ride!

In this Spielberg adaptation of Michael Crichton’s best-seller novel, Jackson gets more than just a memorable death scene (not a spoiler- every moviebuff has seen this film by now because dinosaurs are fascinating) as Ray, one of the chief engineers of this chaotic dino park in the works. Much like Jeff Goldblum’s Malcolm, the Ray character provides some of the film’s best exposition as well as dry humor- all which only reminds one why this blockbuster is still endlessly embraced years later. 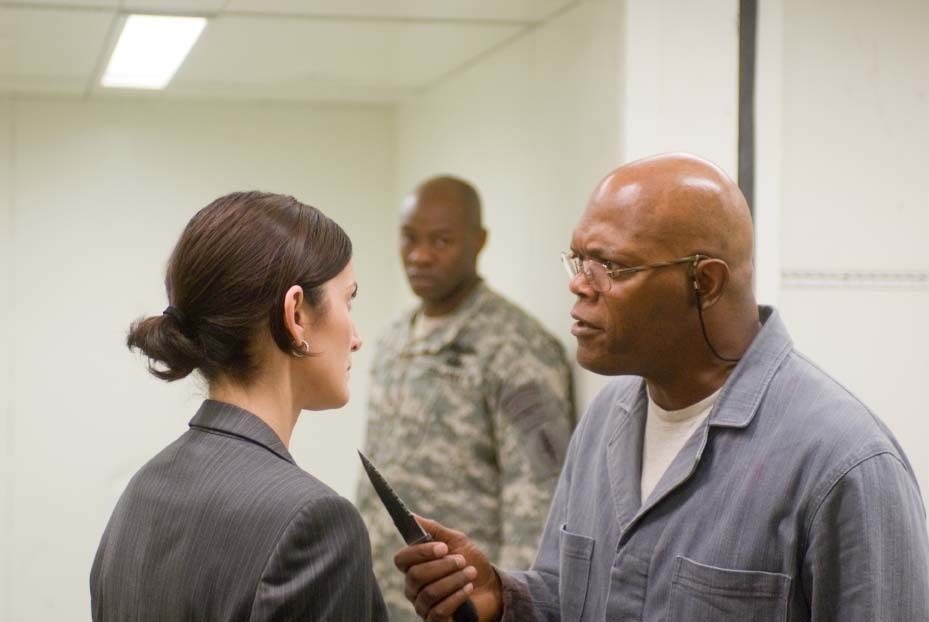 Imagine an unethical Jack Bauer on 24 mixed with a far more joyfully diabolic Col. Jessep from A Few Good Men (seriously, picture that ultimate despicable kind of persona really hard!), and you have Jackson as “H”, a black-ops contracted interrogator who, while not meaning to be a bad guy, is way astray from the anti-hero label as well. The film makes plenty of arguments while keeping a hold of its dangerous premise: do anything (legal or not) to stop three American cities from all being bombed.

And while involving the viewer in this gimmick, Jackson’s character demonstrates three different perspectives: a man who some either support or condemn and a man who believes in every awful form of torture he’s been taught to get what he needs. It’s even more horrifying a role because you, the viewer, are bound to encounter many who are for or against this bastard yet you also can’t look away as the whole thing is so convincingly done.

Jackson portrays Col. Childers, a deadly yet respected soul who went from Vietnam to a deadly Yemen conflict. And in the style of Rashomon and Courage Under Fire, his character suffers thru conflicting accounts of a messy ambush- all of which ended in a massacre of both enemy combatants and innocent civilians. Jackson is no stranger to good courtroom drama having previously played the lead in A Time to Kill and he builds on that accused role by playing the role as an adrenaline-fueled soldier who’s killing mechanisms have consequences while blurring the lines between accidental casualties and answerable war crimes.

The film does an excellent job of showing both the gray areas of generational wars while also being both a gripping combat and legal flick with Jackson getting to showcase so many emotions that it’s easy to become both engaged and exhausted by such convincing range. 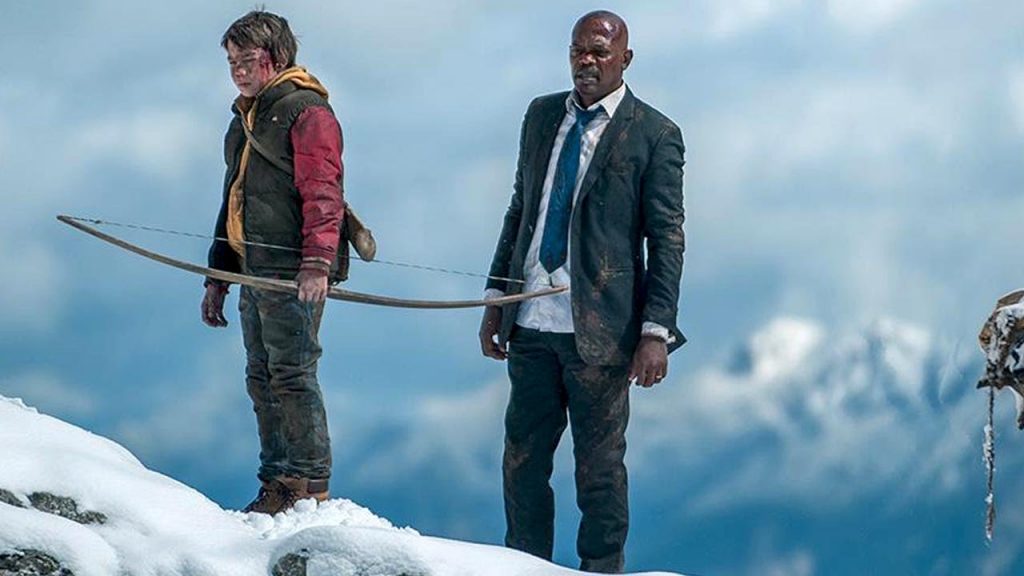 This many years of seeing Sammie on-screen, it’s great to finally see him portray a fictional yet amusing and kick-ass U.S. President. Easily bringing to mind a more comedic version of Harrison Ford’s role in Air Force One while putting his own take on such a part, Jackson instantly earns the viewers’ vote as President William Moore, which let’s best honest is a truuly American name. Blending a mix of everyday dude (who happens to be Commander in Chief), natural comic relief and unexpected action hero, this deliberate silly film earns its chaotic keep.

Boasting yet another high on-screen (as well as mentioned off-screen) body count in the title role, Jackson gets to not only lampoon his famous Pulp Fiction assassin role but also do a send-up of his typical off-color tough-guy persona and make the Darius Kincaid role another epic credit to add to his everlasting resume. From the various middle-finger waving to the car chasing to the diversely improvised fight scenes, Jackson’s Kincaid is all superman, no bullshit with “attitude” not even beginning to cover it. Having pitch perfect with Ryan Reynold’s title character, Jackson’s presence and the film’s execution (no pun intended) ensure that this first film entry will inevitably join the ranks of other beloved buddy franchises like 48 Hrs., Lethal Weapon and Beverly Hills Cop.

Jackson IS the awesomely named Danny Roman: a well-ranked, intelligent and often ignored ex-Army turned Chicago cop who is framed for both the murder of his partner and a $2 million disability fund scam. Despite the support of his Commander, he knows that this scandal came from way up top and he’ll have to play an unexpected game of non-violent hostage taking and mind-games in order to get anything he needs: as long as it means zero jail time for such an outrageous accusation.

A career best for everyone involved with Jackson being no exception. Yes, we had similar innocent-men-being-framed thrillers like Enemy of the State and U.S. Marshals but Jackson’s film is no “negotiation,” especially since this is HIS Top 10 list. The film gravitates AND captivates due to its mixing of fugitive and hostage films while also making the viewer root for Roman to get out of this increasing disaster as it unfolds in real-time. The rare form of over-the-top yet never fully implausible, it remains a great ‘90s classic and is still one of the best corrupt cop films of all time.

2. Die Hard With a Vengeance

An unlikely buddy role with amusing stereotypical one-liners, Jackson’s character of Zeus remains both a hoot as well as the most unusual everyday secondary hero in the Die Hard franchise to date. Actually getting into some foul-mouthed confrontations with the main villain and featured in almost all of the chaotic car chases, Jackson’s hero is the only connection the viewer themselves has to this chaotic world and provides a nice breather between explosive segments. That’s right everyone, HE should’ve been in another dozen Die Hard sequels as opposed to endless Avengers and xXx sequels. That’s not a debate, it’s only a fact. 😏

The role that got him on the map is not only well-characterized but makes one wish they could’ve done a solo film all anchored abound Jackson’s Jules character. Wether it’s the quotes, diner chat or action itself, this is the perfect “not-messing-around” persona that only complements the very anthology movie he’s in all that much more. Sometimes to the point of where after reseeing it so many times that you want more screen-time from Jules.

Want another star’s films ranked? Hit us up!