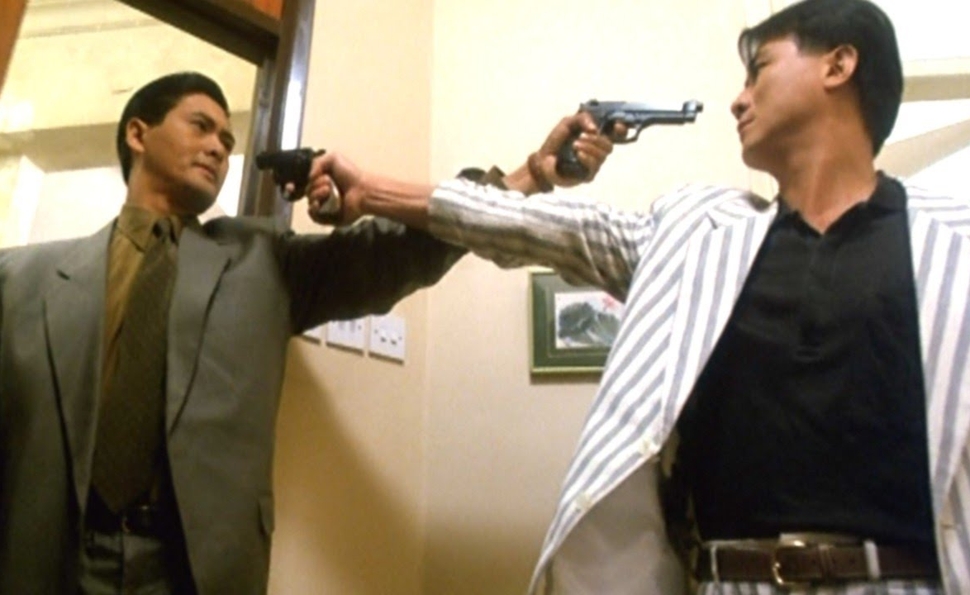 The Killer is up there with Hard Boiled as John Woo’s finest hours as it has action, heart and great characters. A classic.

Plot: A disillusioned assassin accepts one last hit in the hopes of using his earnings to restore vision to a singer he accidentally blinded, only to be double-crossed by his boss.

Review: It’s hard for me to decide which is more awesome; The Killer or Hard Boiled. After much discussion with myself I have decided on the latter however, The Killer is also another action classic by John Woo.

Chow Yun-Fat once again stars, but this time he’s an assassin called Ah Jong (Nowhere near as cool as Tequila) hunted by Inspector Li Ying (Danny Lee) . As with most John Woo stories, these two guys from opposite worlds end up becoming friends and working together to bring down a bigger enemy.

The action is, as always with a John Woo movie, spectacular but the characters are well developed and the story is very engaging. It’s not quite as big in scale as Hard Boiled but it’s still very well paced with plenty of great action.

What is it about Hit men in movies that they are always so damn cool? Chow Yun-Fat could dress up as a panda and still be cool though.

Like Hard Boiled, the music is pretty cheap and forgettable sounding but it doesn’t detract from the action.

We get the doves, the slow mo and the religious imagery aplenty in this film and as with Hard Boiled there is little to find fault with.

Overall, have a double bill watching this and Hard Boiled and you’ve got yourself a great weekend. Essential.