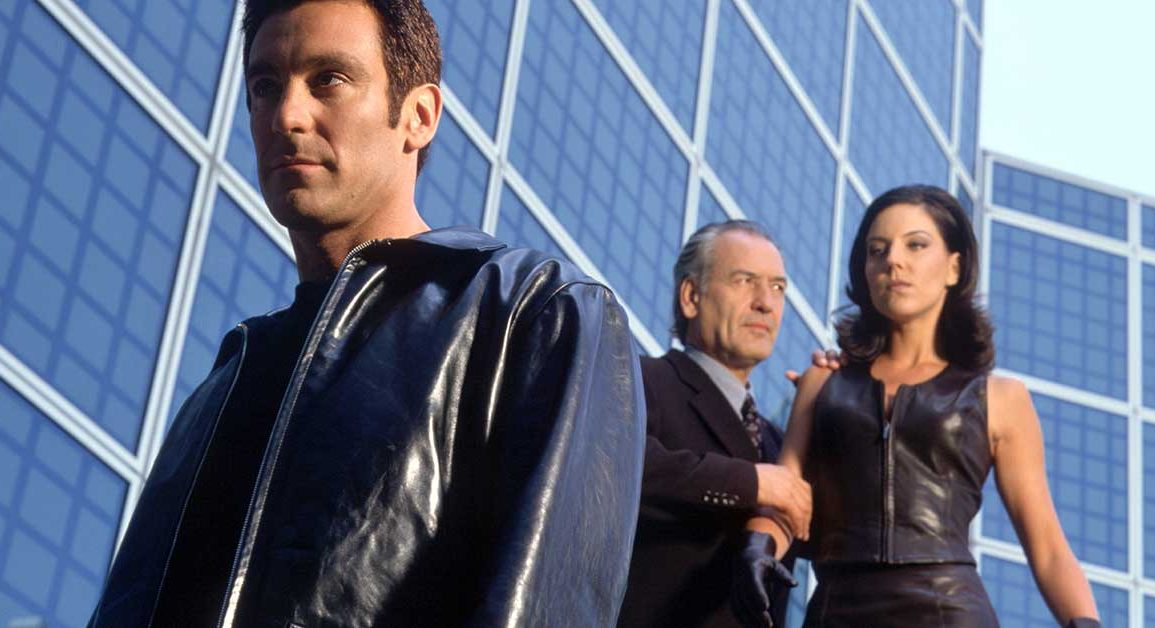 The Pretender: The Complete Series Review

A powerful game of wits, unknown talented cast and thrills all deliver making this a ‘90s action/sci-fi classic show.

Plot: While very young, Jarod Russell was taken from his parents by a secret organization, and is raised by psychiatrist Dr. Sydney Green (Patrick Bauchau) at The Centre, where he is trained to be a “pretender” one who can seamlessly assume any profession or lifestyle. Once training is complete, pretenders are sold to the highest bidder and are used for a number of nefarious purposes. As an adult, Jarod (Michael T. Weiss) escapes the organization to search for his parents. His fellow pretenders include: assassin Miss Parker (Andrea Parker) as well as the tricky Brigitte (Pamela Gidley) and quiet Bobby Lyle (James Denton) who are all used to track him down.

Review: Captivating scenarios (often involving sci-fi or crime type material) are presented in each episode with X-Files level conspiracy, exciting chases, witty humor and dense serialized drama. Later crossing over with the similarly-twisted show Profiler, this show was never afraid to take risks and, while never campy, was the rare mix of gripping serious drama and fun escapism. It helps that all the puzzles feel germane and are beyond rewarding once revealed. And even then, the whole story is never fully given away which makes for well-configured suspense that would make both The Prisoner and The Fugitive jealous. By relishing in this neat premise and always showing unseen surprises for the entire cast of characters, it never gets repetitive like even the best adventure, medical and procedurals unfortunately succumb to eventually.

Pre-cancelled, it was yet another network show that got migrated over to cable network TNT with two telefilms wrapping up all the well-plotted mayhem. Reruns can still be presently seen on H&I (Heroes and Icons) cable TV channel and it looks mostly solid with the full-screen aspect ratio reasonably stretched out for present Widescreen TV standards. While one might be able to find other shows similar to this material, they will be hard-pressed to recreate this unusual yet welcome level of structured adventure.