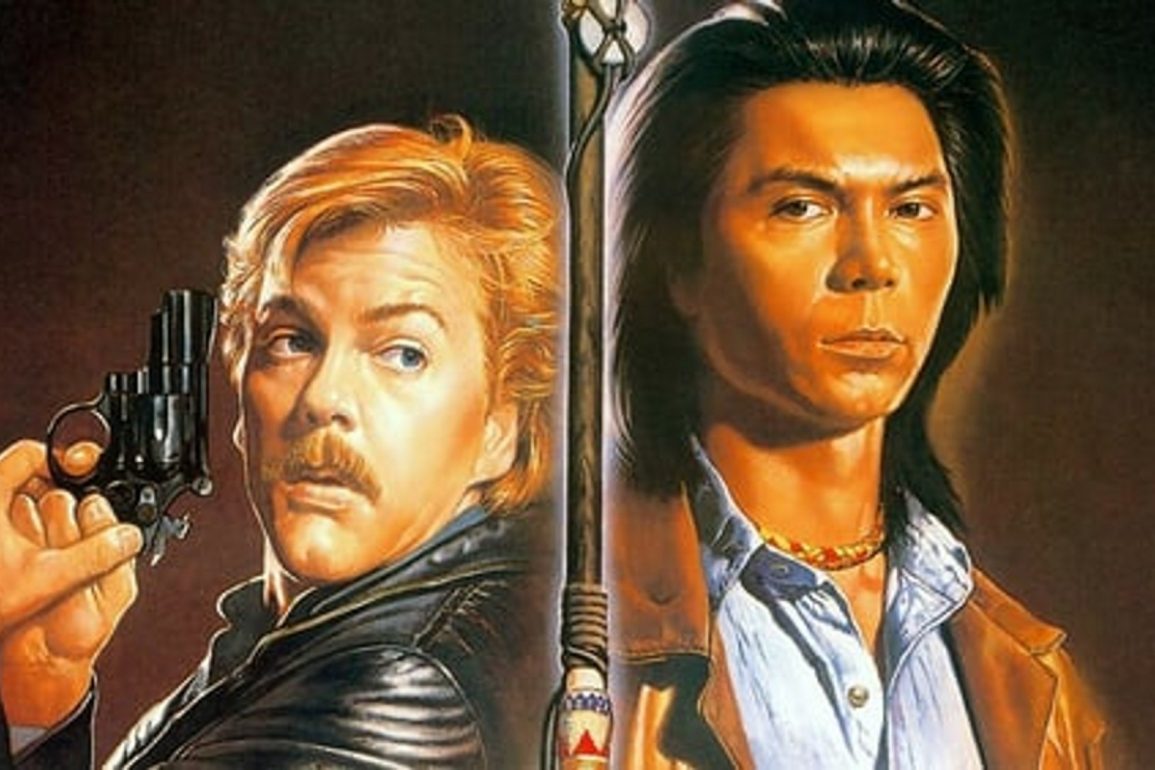 In one of the better Tarantino-inspired knock-offs, Kiefer also directs this chaotic action-crime-comedy in addition to co-starring. As the film progresses, he only gets the more demented. And being caught between the law and rival mobsters don’t help matters but the mayhem is impossible to look away from and the whole thing is an admirable feat.

In this fun update of the Dumas swashbuckler adaptation, Kiefer gets to bounce off Charlie Sheen’s serious leader and Oliver Platt’s amusing presence while also participating in some of the film’s better dramatic and battle segments. Despite being a straightforward popcorn film, Kief’s serious demeanor never ruins or feels overdone- just the right kind of serious in an otherwise fun picture.

While primarily a voice-over role, this film deserves nonetheless to be featured here due to the performance being powerful enough to where one feels like Sutherland is actually in the same area as the other actors. Maybe even physically in your home theater room given how haunting his voice is emitting from one’s speakers. Very demented and well-written, this villain definitely rivals the likes of other cat-and-mouse antagonists like Det. Harris in Training Day and even Hannibal Lector.

While similar to other political thrillers and “save the President” films/shows, this is hardly anything like Kiefer’s role on 24. Heck, the fact that he’s a leading Secret Service agent is different again. And he gets to lead a fugitive manhunt while also being more judgmental and laid-back as opposed to the typical overly-intense persona he’s often asked to portray.

In this update of the beloved Unforgiven style Western formula, Kiefer gets to play another post-Civil War soldier who has to suppress the warrior within himself until he can’t play nice with the crooked business and townsfolk anymore. And once one gets to see him unleash his deadly self at the very end, you’re treated to many cool sights, including an awesome Shane-inspired stairway fight.

Filmed back in 2001 and released a year later on Cinemax cable TV, Sutherland gets to essentially embody an evil version of Jack Bauer. Showing fascinating assassinations, mysterious motives and unusual ruthlessness, he still finds time for some easy one-night stands, and Kiefer is able to sell the bad boy act in that area as well.

Since the feature-length Jack Bauer movie is unlikely to ever happen due to FOX being cheap about anything deemed expensive as well as being sold to Disney, one can still enjoy this two-hour special. Exploring similar South African war conflict previously seen in Tears of the Sun and Blood Diamond, Kiefer’s beloved controversial anti-hero gets some extra backstory while also being seen in some more above-average one-man army mayhem we always love seeing.

In this star-making turn, this Horror film also mixes in some action, comedy and western themes. And here, it’s totally easy to see why it’s one of the more popular Vampire films out there by being unusual in its presentation and even letting the soundtrack tell the stylish story for once. The cast is splendid and no exception is to be given to Kiefer’s memorable role as the brooding head baddie who does what he pleases in this unusual town.

A great mix of Western history legends while mixing in adored genre themes, Kiefer fits right in with the cast consisting of other Brat packers and other newcomers. Getting high on drugs and later becoming a school teacher, he gets to further develop his role as a gangmember of Billy the Kid’s. And by mixing that with natural gunplay, horse riding and quick retorts, it’s a solid mix and it’s even better that it’s a role you get to see twice.