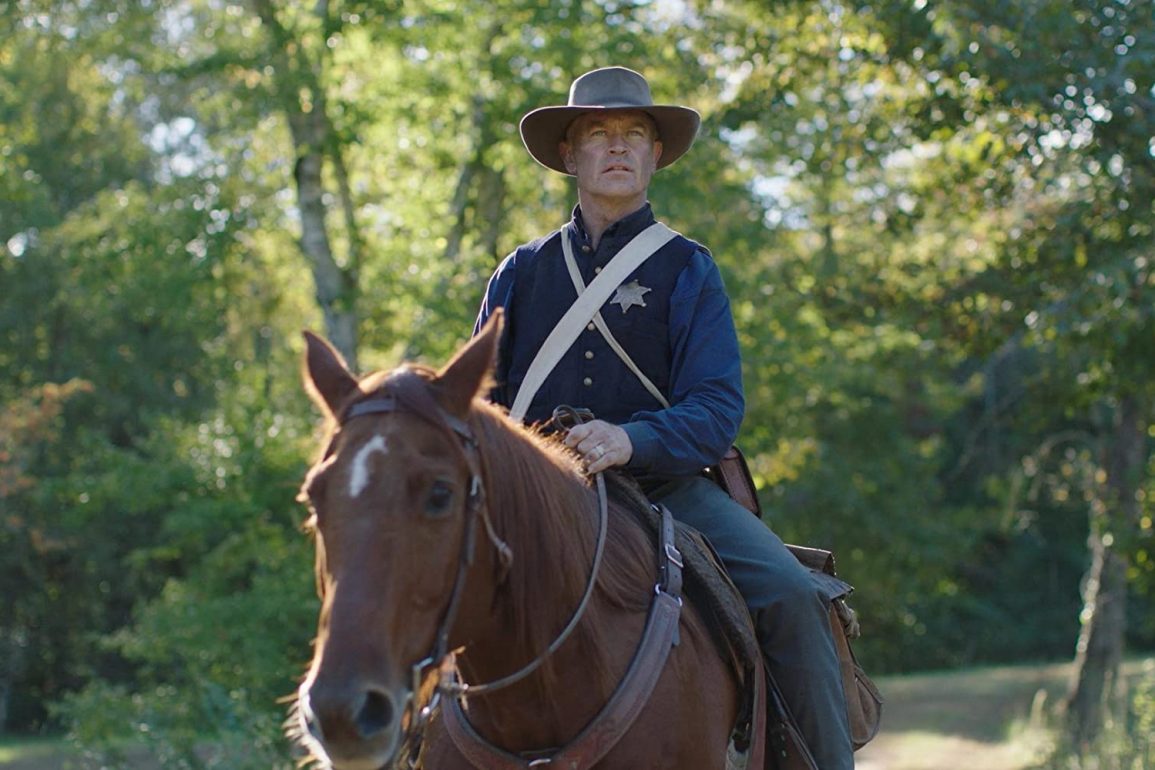 Kind of like talking about this film is worse than actually watching it. It may be difficult to project what the best western of 2020 will be, but it’s safe to say THE WARRANT will be among the worst, if not the worst.

Plot: After fighting in the Civil War, two Union Army buddies find themselves on opposite sides of the law with the post-war peace at risk.

Review: Here is another low-budget, low quality western, which seems to be about all that are made anymore. Sometimes, a diamond-in-the-rough is brought to light, other times the quality of the movie is less than others. THE WARRANT falls very much into the latter category, perhaps painfully so.

A plodding movie about two war “brothers”, John (Neal McDonugh) and Travis (Casper Van Dien), who following the American civil war one becomes a small town sheriff and the other a raider targeting any and all things southern. John is the one tasked with issuing a warrant for Travis’s arrest by his Federal Marshall son, Cal (Steven R. McQueen). We also learn that through a series of uninspired flashbacks how a war crime shaped Travis and John’s “present”. The picture moves at a very slow pace and the story never really comes to fruition in any meaningful way. The movie spends more time talking about action than actually seeing any. The civil war reenactments are laughable, performed by non-actors in clean uniforms. It all adds up to one big trite mess that even at just 84 minutes seems long.

Working from a stilted script by Shea Sizemore, director Brett Christy on his third such western, has little to work with to begin with, not to say his direction is any good itself. The music is awful, the action, what little there is is poorly choreographed, most of the acting is bad. Sizemore’s script is deserving of being singled out among the movie’s many incompetents, aside from telling us through on-screen captions that this post-civil war drama is set in the “present day”, he gives the three female characters in the script about six words between them.
The only thing really good that can be said for the film is that Neal McDonough is a trooper of an actor. He is actually quite good in a movie that is most defiantly not so, he manages to make the time wasted more pleasurable while seeming to be as bored as the audience. McDonough is an actor that deserved greater stardom and it is a damn shame to see him reduced to being garbage such as this.

Gone is the grandeur of the West; in its place are cheap pathetic tales that are filmed in a single unconvincing location. These movies are feeling less like westerns and more like guys dressed in cowboy gear playing in the woods. Kind of like talking about this film is worse than actually watching it. It may be difficult to project what the best western of 2020 will be, but it’s safe to say THE WARRANT will be among the worst, if not the worst.