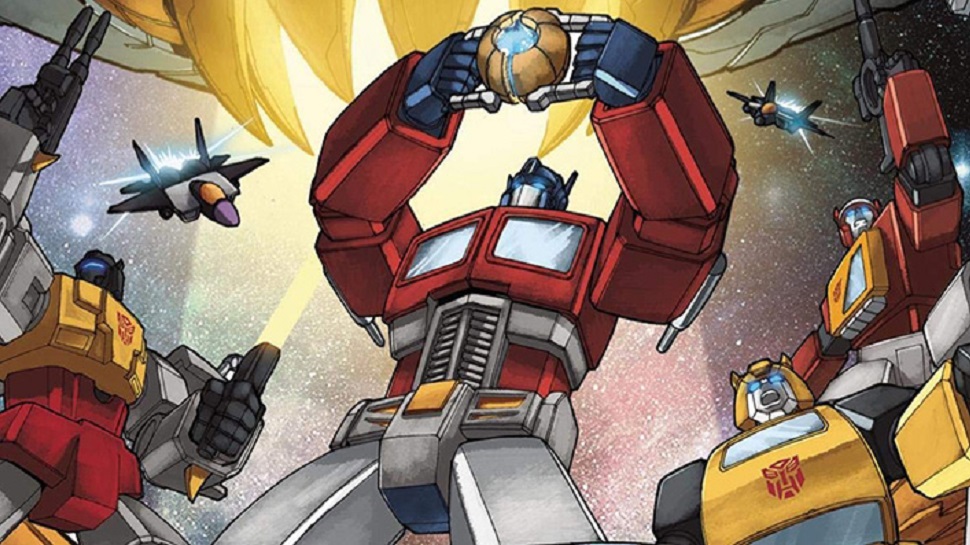 Transformers: The Movie disturbed me greatly as a young child and still holds up as an entertaining sci-fi action adventure that the new movies fail to capture.

Plot: The Autobots must stop a colossal planet consuming robot who is after the Autobot Matrix of Leadership.

Review: I remember seeing this in the cinema with my brother way back in ’86 and I am still scarred for life. I don’t think I’ve ever seen genocide on such a massive scale in a kid’s movie before or since. So many characters are killed off in this movie including Optimus Prime, Ironhide, Starscream and a lot of old favourites.

The death of Optimus Prime literally ended my childhood; you don’t just kill Prime like that, what the hell is wrong with you?!?!

We lose some legends but we gain some new ones too: Galvatron, Ultra Magnus, Rodimus Prime, Scourge and Unicron all kick serious ass. I still can’t believe that Unicron is voiced by Orson Welles and Galvatron was voiced by Leonard Nimoy, who of course came back in Transformers: Dark of the Moon as Sentinal Prime.

It moves along at a cracking pace with constant action and some amazing music; Stan Bush’s classic The Touch still plays on my iPod when I’m at the gym.

There is some amazing imagination on display in this movie, especially the Sharkticons which creeped me out as a kid… and frankly still do. The “Innocent/Guilty” scenes I always found disturbing and it was the first film I saw where you find out that even heroes can die which was a lot to take on when you’re under 10 years old.

Obviously by today’s standards it’s rather cheesy in parts and Wheelie and the Dinobots are a bit annoying; I used to love Grimlock as a child but now he just comes across as dumb… adulthood sucks.

Overall, Transformers: The Movie remains the best Transformers movie to date and is still better than Michael Bay’s movies with some great imagination, epic rock tunes and some great pacing. I still love it after all these years.