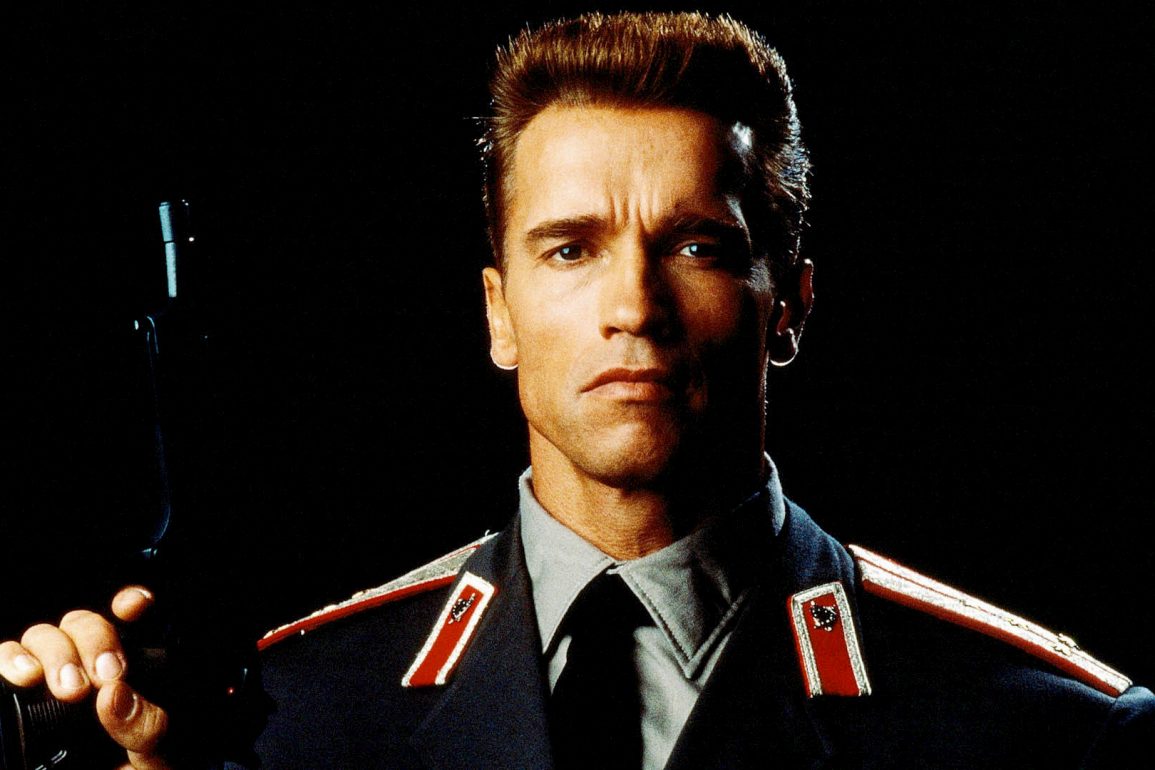 I don’t think enough people talk about Red Heat; I consider it similar to Raw Deal in that it isn’t one of Arnie’s finest hours but it is still hugely entertaining.

It tells the story of a dedicated Soviet cop called Ivan Danko (Arnold Schwarzenegger) who arrives in Chicago, where he reluctantly teams up with a foul-mouthed American detective (James Belushi) to comb the streets for the Russian drug dealer Viktor Rostavili (Ed O’Ross) who killed both their partners.

Arnie is at his most wooden in this movie as he tries to portray Captain Ivan Danko with a rather dodgy Russian accent while behaving like a Soviet Terminator.

According to IMDB this was a deliberate move from director Walter Hill who chose to tone down the Arnold Schwarzenegger persona, making him more realistic and less prone to wisecracks: “I had confidence in him as an actor. I didn’t want him just to throw a Volkswagen over a building. Arnold has an ability to communicate that cuts through cultures and countries. They just love to see this guy win. But everyone thinks it’s his muscles. It’s not that at all: it’s his face, his eyes. He has a face that’s a throwback to a warrior from the Middle Ages, or ancient Greece”.

Jim Belushi is his polar opposite and is the loudmouth, brash American who swears even more than I do. So the usual buddy banter ensues with lots of 80’s style jibes at Russia while the two cops try to take down Viktor. Ed O’Ross was the go to 80’s bad guy and I thought he came across as very convincing in Red Heat looking at his greasy best and killing anyone who gets in his way.

The supporting cast includes Laurence Fishburne, Gina Gershon, Peter Boyle, Brion James and Richard Bright. Brion James was another actor who was the villain in every 80’s action flick but he sadly passed away back in 1999 at the age of 54.

The action in Red Heat is smaller in scale compared to other Arnie movies with it mostly being shoot-outs and punch ups with an admittedly impressive bus chase for the climax.

I always thought you could base a drinking game around this movie where you take a shot any time Arnie asks “Where is Viktor?” or when Jim Beluishi says “fuck”. You’d be on the floor after 20 minutes…

Directed by Walter Hill (who may well be my favourite director) Red Heat is as expected incredibly manly and starts off with a hilariously homoerotic fight scene between Arnie and several half naked and very muscly other dudes, one of which includes Sven-Ole Thorsen. You will feel inadequate by the time it’s finished.

The music from James Horner has a fabulously Russian sounding choral piece at the start and end credits however, the rest of the music is rather forgettable and tuneless; it feels like leftover cues from Commando at various points.

Red Heat is wonderfully has plenty of nudity, neon signs and steamy streets giving off a slightly sleazy vibe which works perfectly in setting the tone.

In another piece of very interesting trivia it could be argued that Red Heat takes place in the same universe as Extreme Prejudice where the drug dealer wearing a white suit called ‘Lupo’ that Rostavili meets outside the bus station is the same ‘Lupo’ that appears in Extreme Prejudice (1987) (also played there by Luis Contreras). He appears at the end after Nick Nolte has shot Powers Boothe, and tells him “now you get to wear the white suit”. Forget the MCU, I’ll take the Extreme Prejudice Universe any day.

Red Heat turned 30 last year and although it’s not up there with T2, Predator and Total Recall it is a fun buddy romp with Belushi on fine shouty form and Arnie more restrained than we usually see him. It’s not as action-packed as you’d maybe like but there is plenty to enjoy with an excellent supporting cast and after 30 years it’s still a blast.