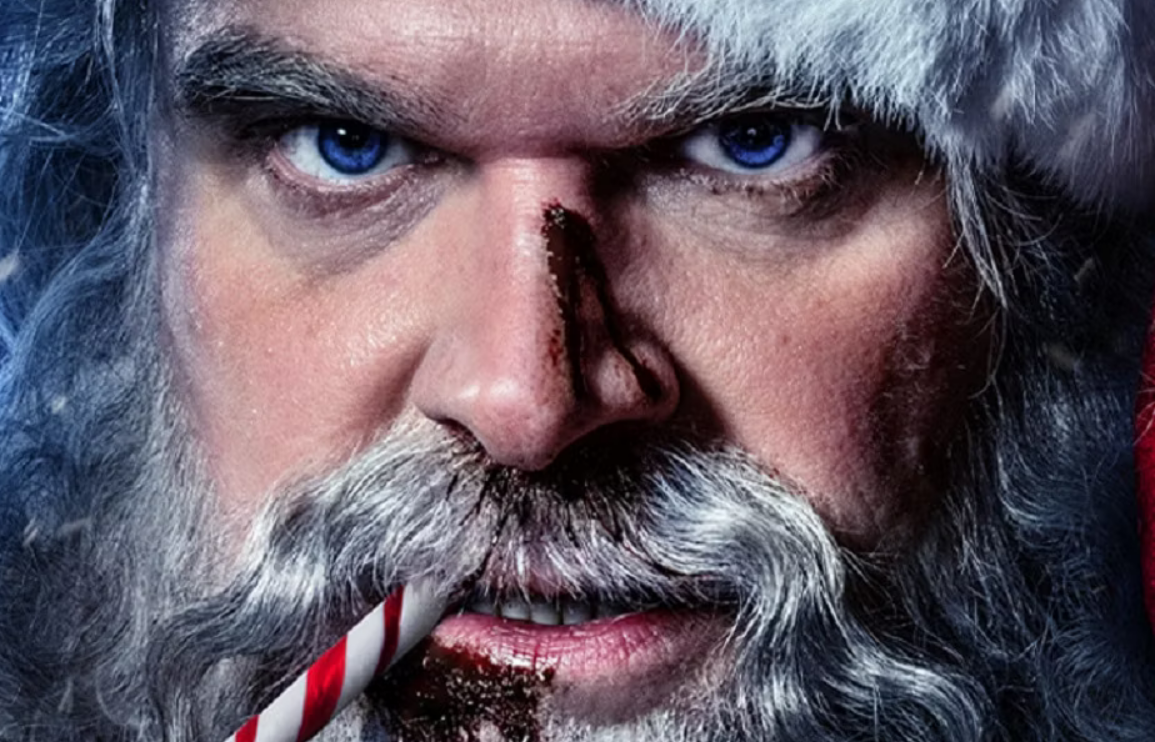 Fun but not the Classic I'd Hoped

Violent Night certainly has it’s fair share of bloodshed with David Harbour at his best; the script isn’t as funny as it could have been and a little too much of the action takes place in the dark but it’s still a fun time.

Plot: An elite team of mercenaries breaks into a family compound on Christmas Eve, taking everyone hostage inside. However, they aren’t prepared for a surprise combatant: Santa Claus is on the grounds, and he’s about to show why this Nick is no saint.

Review: Violent Night has been one of my most anticipated movies this holiday season as it was such a hilariously killer concept and the trailer looked awesome which had me counting down the days until opening night. It’s finally here so does it live up to my expectations? Well, in terms of violence then absolutely as there are some imaginative kills and huge bodycount which alone makes the film worth checking out.

David Harbour nails it as Santa with the right amount of world weariness where he has essentially given up hope for mankind as we’ve all become so selfish and hateful. Harbour plays the role seriously and gives the story some heart and the little girl Trudy is also sympathetic. John Leguizamo is suitably nasty as our villain Scrooge but aside from that every other character is obnoxious, annoying, or just felt like a cartoon.

The father was such a pathetically weak man that he just wasn’t believable and I actually wanted the terrorists to kill the family. Surely if you want us to actually care about the characters you should at least make them somewhat appealing but aside from Trudy and Santa nobody else mattered. There is never any real sense of threat as no one ever seems especially scared of these criminals, so if they aren’t intimidated then why should we be as the audience?

A lot of the action takes place at night so at times it’s hard to see what’s going on but we still get some gruesome kills, which let’s face it is what we’re there for.

I was hoping for a sharper script as I was expecting the film to be laugh out loud funny and although it has a few such moments there could have been more. I was looking forward to hearing the “It’s time for some season’s beatings” which is said in the trailer but it’s not in the film which is disappointing.

Violent Night feels like a mish mash of various other movies where it’s got hints of Bad Santa, meets Die Hard, meets Home Alone. One part of the story feels straight out of Die Hard 2 which I saw coming pretty early on.

This is a mild spoiler but the coolest aspect of the entire film was showing Santa’s origin where he was like this Viking warrior which explains how he knew how to fight so well. I would have watched a film just focusing on the origin as that was a far more interesting idea.

The score features lots of Christmas tunes and works perfectly with the film and is one of the highlights.

The worst criticism you can give a film is that you felt nothing watching it and that was mostly my thoughts throughout this; I didn’t really care about anyone, I was rarely thrilled and it wasn’t as funny as it could have been. I’m not sure what I was expecting as the film delivered exactly what was promised from the title, but I just wanted to have more fun with it than I did.

Overall, Violent Night isn’t quite the Christmas Cracker I was hoping for; it certainly has its moments and David Harbour kills it as Santa but most of the other characters were so annoying and cartoonish that it just put me right off. Watch Die Hard again instead.