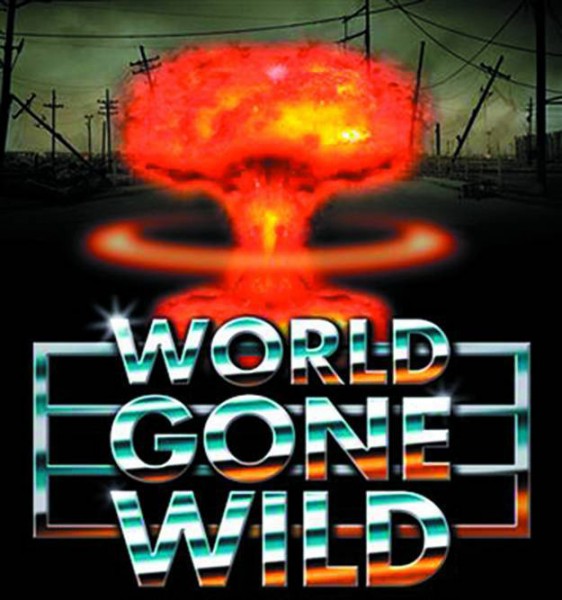 If you’re a fan of post-apocalyptic movies then World Gone Wild is utterly essential and must have. I look forward to what Moore does next.

Plot: A loving ode to a universal genre of film. An entire subculture of end-of-the-world themes was spawned from films like The Road Warrior, Escape From New York, and The Terminator. While those films are still being emulated today, film makers all around the world continue to produce radically unique films with startling perspectives of humanity facing the end of all things. This book offers pointers and a frame of reference on how the characters behaved when their worlds were on the brink of desolation.

Review: I was recently sent this rather essential tome to look at and World Gone Wild: A Survivor’s Guide to Post-Apocalyptic Movies has everything a genre fan could want. It has riveting interviews, concise reviews and a focus on every kind of post–apocalyptic movie from recent blockbusters like The Hunger Games back to obscure movies like Hands of Steel and Land of Doom.

Author david j. moore has clearly done his research and his love for the genre is certainly apparent. It’s an easy read as well, with glossy pictures and the reviews are long enough to give you an idea if the film is good or not. There is nothing more tedious than long, rambling reviews so this is refreshing and will keep you engaged every time you pick it up.

One of the most interesting reviews is for Man of Steel which is described as a post-apocalyptic tale; at first I thought “huh?” but then moore explains that there is so much damage caused in the film with so many potential human casualties that it’s impossible not to include it. This and other movies are discussed and it gives you plenty to think about offering opinions which you might not have thought of before.

There are interviews with the likes of Albert Pyun (Cyborg, Nemesis, etc.), Michael Berryman (The Hills Have Eyes), Martin Campbell (Casino Royale, No Escape) and many more.

We also get a forward from Vern who is a bit of a legend in online circles; he discusses why the apocalypse is so appealing to many of us and I’d have to agree. There is something attractive about being the last man alive and going back to the simple Hunter/Gatherer nature of things. I imagine it would get tedious quite quickly though and madness would rapidly ensue but it’s interesting to think about.

One of the many aspects I enjoyed about the reviews were how they are always respectful; there are so many online critics today who are so rude about filmmakers that you can’t take them seriously but moore has a fantastic use of language where he can discuss the Pros & Cons of a film without ever insulting the people involved.

We also get some nice insight into the characters of these movies and what makes them survivors.

Overall, if you’re a fan of post-apocalyptic movies then World Gone Wild is utterly essential and must have. I look forward to what Moore does next.