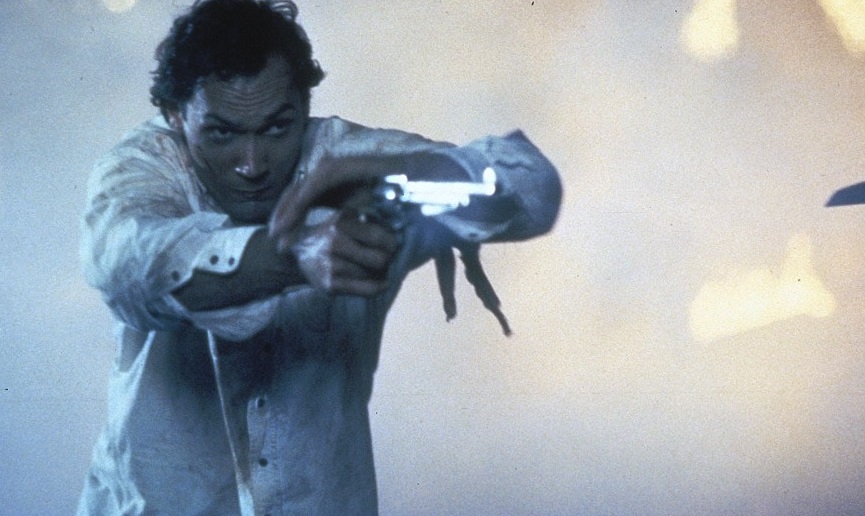 Another rather likeable and attentive film/television actor always leaves a rather solid impression. Playing many suave and moody characters, he’s also no stranger to eventually getting to play some tough guy roles and authority figure personas. His key TV credits include: L.A. Law, The West Wing and How to Get Away with Murder. What are his arguably best Action oriented outings? Let me mark that off for now!

10-9. Star Wars: Revenge of the Sith and Rogue One 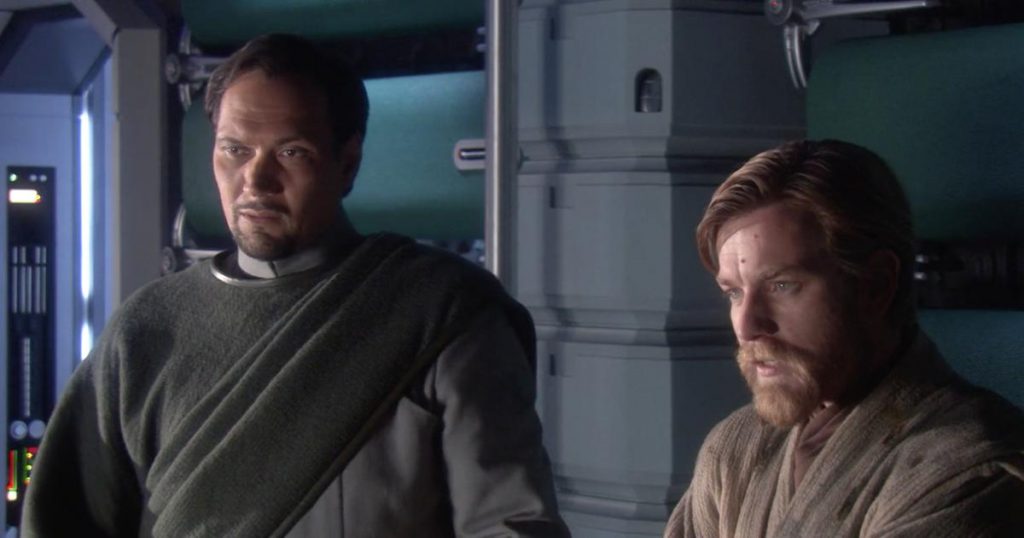 Here as Senator Bail Organa (the rather talked about adoptive father in the original Star Wars trilogy), Smits had loads more to do like be unexpectedly heroic and command a group of Rebel spies. Many of the actors always varied amongst the various CGI creatures and backgrounds but Smits hardly looked out of place in any of them. His rescue of Yoda in RotS is still a rather well-done sequence in that gritty epic and he gets to deliver plenty of serious exposition in Rogue One that the film deserves at the end of the day. He may not go down as the top Star Wars saga actor but he was the perfect choice of this often-mentioned but never initially seen key character.

His Sons of Anarchy antagonist role is pretty minor and much like Dexter (which he was also on), that’s where that show started going downhill so let’s stick with something far better. Let’s go with the whacky 48 Hrs. type action-crime-comedy with Billy Crystal and Gregory Hines. Also co-starring Scarface’s Steven Bauer, Smits has an interesting dilemma where he must play both a threatening character (probably the first antagonist he ever played come to think of it) and also create some kind of sympathy when it turns out he’s not the main guy pulling all the strings. Next time you see the fun film, take a look at how he creates this despicable yet fascinating drug kingpin and witness the way he paces himself throughout the numerous shoot-outs and the double-cross mid-way thru.

A noirish-looking, Beverly Hills Cop/Miami Vice type outing that delivers for the most part. Getting out of town to San Juan, Puerto Rico after offing a deadly bank robber, his detective can’t stop walking into more deadly intrigue and trouble. A respectable TV film, it makes up for the fade to black moments by having striking views of the world, intense music and decent characterization to make up for lack of R-rated content and theatrical-level budget. It’s an altogether beyond fun romp that gets straight to the point with never a dull or overly predictable moment.

He plays a key villain role unseen until towards the end of The Tax Collector but I’m sticking with films where he’s more of a central or key supporting presence in. My sources tell me he’s only a minor part of the caper film Lesser Prophets so that one’s not listed here. Here I went with a film that often has a mediocre critic score but a mixed to decent audience reaction. It’s not a must-see but it is fun for fans of genre pleasing filmmaker Chuck Russell (The Blob, Nightmare on Elm Street 3, The Mask, Eraser) and films such as Fallen, End of Days, The Exorcist and The Hidden. Smits gets to once again play a heroic authority figure saving a damsel-in-distress (in this case, it’s Kim Basinger) but both leads got good chemistry and are one of many factors besides the editing and set design helping keep this film somewhat easy-to-buy-into inbetween the chaotic portions that we all came to see. 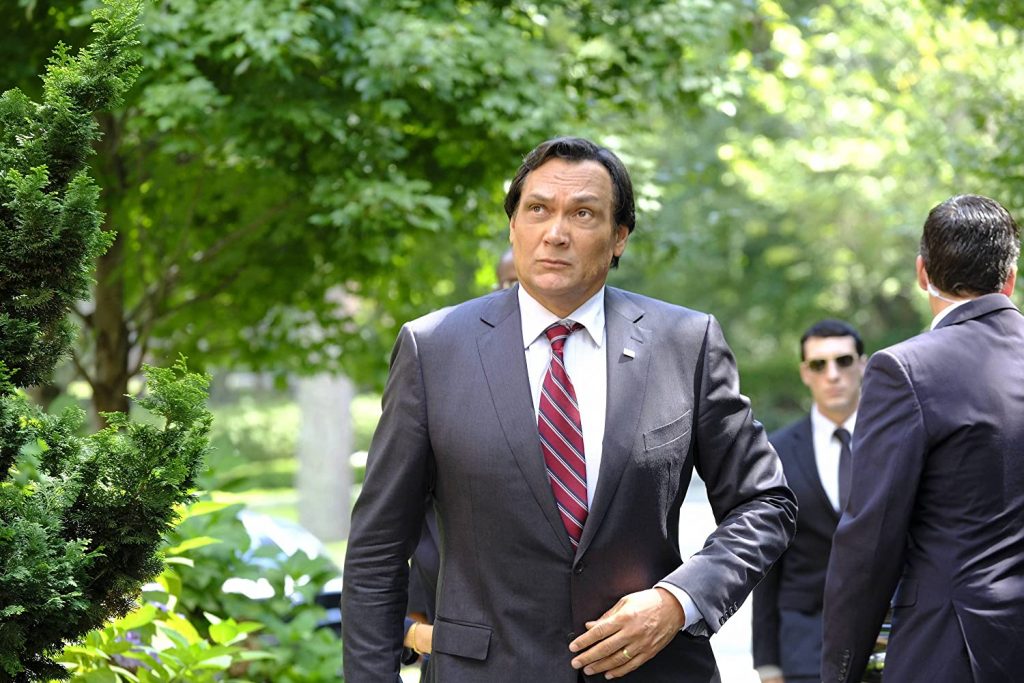 While The West Wing was a far better show, it didn’t really get all that action-packed most of the time and especially not during Smit’s portion of that show. As potential President John Donovan, Smits has his work cut out here before in typical 24 franchise fashion getting to engage in spy games and gun waving. Is his shady yet rich father Gerald McRaney hiding some mysterious information that might be part of the terrorist attacks? Will it end up incriminating his whole presidential campaign as a result?? And will he survive to become President as the day’s events continue to spiral out of control??? It’s all intriguing stuff and don’t be fooled by Kiefer Sutherland’s absence as the plot was always about the ticking clock at the end of the day.

Smits got to appear in a Die Hard type knock-off film that was produced by MGM for the Showtime Network in 1996. Playing a retired U.S. Marshal with a badass name (Jack Coleman!) and using his tactics, a pizza delivery boy and other street smarts, he must stop 10 psychotic drug-addicted thieves following an earthquake erupting in a rich elite’s area of town. I like how they add a ranching background to the characters as well as allow it to feel like a Neo-Western scenario at times with the music. The film is constantly moody and frantic, has some scene-stealing villain work by James LeGros and Billy Burke and this is a film where the L.A. setting is well-used for the premise.

It obviously may not be Girlfight or Rocky but it’s still a rather dramatically rewarding boxing outing nonetheless. Smits makes for both a convincing mentor and father while also getting the motivational speeches that a genre picture like this always needs. The whole has some inspired quieter moments inbetween the training and fighting to help get the viewer inside some of the characters’ heads to allow for a decent way to root for them as the film progresses. Next time it shows up on a channel like HBO or MGM HD, do yourself a favor and check it out. 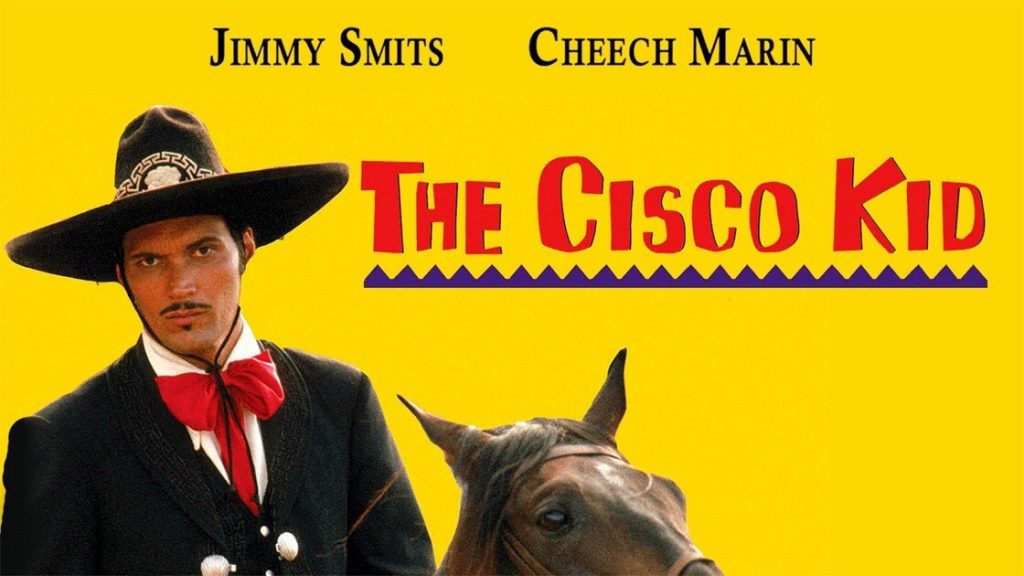 A TBS/TNT original film, this film is just wicked Saturday morning fun from the opening with the song of the same name by WAR playing. The Zorro/Robin Hood style escapade gets on with one gag, fight or a mix of both after another. Smits instantly clicks with the material and gets fun comrade moments with Cheech Marin while facing off with baddies like Ron Perlman and Bruce Payne. The battles are well-configured and the whole thing doesn’t overthink what a fun popcorn outing it’s truly supposed to be.

There’s no way around it: he was the one and only Det. Bobby Simone! A French-Portugese American who was a true pal to everyone at the New York police station and bonded easily with Dennis Franz’s Andy. Emotionally charged, brutal yet organized with the police interrogations, heroic on rare occasions and snappy with the wise-cracks, he was so badass that I secretly wished he could’ve crossed over onto another crime-fighting show like Homicide or one of the Law & Orders. Alas, the show’s legacy is still timeless but his portion of the show is especially a must-see and I doubt anyone can remember the show being without his charismatic presence.

Want more character actors and their Action related films being ranked? Email us and we’ll get to listing away!