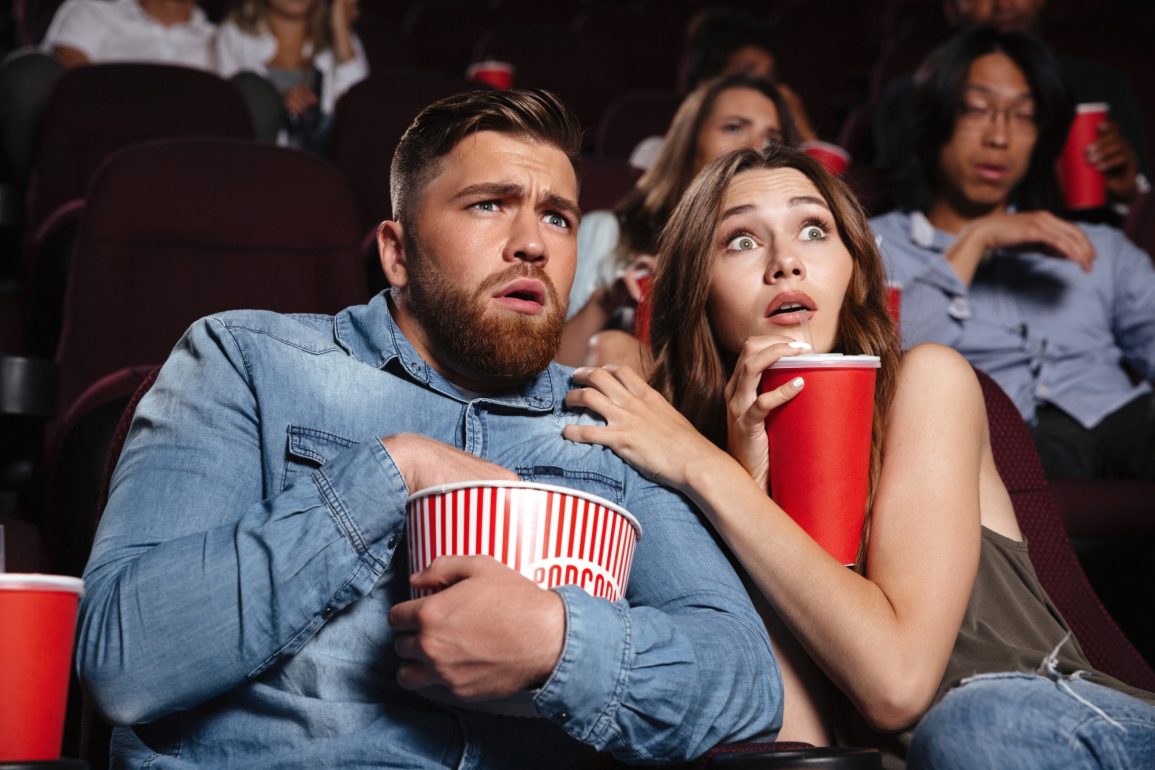 We weren’t born to feel trapped. That’s why prisons have long been used as a form of punishment.

At the same time, we still have a morbid curiosity to experience what it feels like to lose all sense of time and space. Movies like Escape Room can give us the chance to do this in a safe environment.

If you enjoy the thrills and spills of being on the edge of your seat, read on. Here are ten more movies that’ll give you that ‘I’ve got to get out of here’ sensation.

This Australian movie makes the sea its primary backdrop. The film stars Sam Neill, Billy Zane, and Nicole Kidman. Two parents, John and Rae, are struggling to come to terms with the tragic loss of their son.

In an effort to find some peace, they set off on their yacht and head out to sea. During their journey across the calm Pacific, they meet a survivor whose story about how he ended up there doesn’t seem to quite add up.

It ends up with John being tapped in the wreckage of the other boat. The strange survivor takes control of the couple’s yacht with Rae still on board. There’s a gripping race against time with a crazy maniac thrown in for good measure.

Ryan Reynolds plays Paul Conroy, an American truck driver. He’s based in Iraq and one day wakes up buried alive in a wooden coffin with just a lighter, flashlight and a cellphone.

He now has to piece together what happened to him and try to initiate a rescue. He has to deal with the panic that sets in as well as a decreasing supply of oxygen. This movie is so gripping and tense that it could almost cause you a panic attack.

A plan to bribe a ski lift attendant for ski lift passes goes terribly wrong for three friends. They end up being stuck on a lift in a resort that is shut for the week because of an incoming storm.

Things go from bad to get worse when hypothermia begins to set in and a pack of wolves circles beneath them. This movie focuses quite literally on what it’s like to be stuck between a rock and a hard place.

This is arguably the nearest you’ll get to a movie like Escape Room. It tells the story of seven strangers who wake up in a prison shaped like a cube. The twist is that they have no idea how they got there.

They all have different skillsets and abilities. Together, they have to find a way to navigate the prison maze and come out alive.

The movie’s gained cult status amongst the genre’s enthusiasts. If you still need a thrill fix after Cube, try Escape Room for real. Breakout Games is the largest escape room in America with over a million people playing at forty-four locations each year.

Each Saw offering starts with the same premise. People wake up to find themselves in a strange place, trapped by a sadistic serial killer called Jigsaw. Jigsaw believes his victims are evildoers who must be punished.

The killer conjures up a series of puzzles ranging from the physical to the psychological that his victims must complete if they’re to live.

Floating in space may be fun until you realize you can’t come back down to earth when you want to. This is the scenario in this movie which follows Sam Bell, played by Sam Rockwell, an astronaut who’s stuck alone in space.

We catch up with the action at the end of his three-year stint when he is about to be relieved by a new team. Before that, he suffers an accident and starts to suffer from hallucinations caused by his injuries.

The movie paints a stark picture of how easily the human mind can crack under the strain of isolation.

This movie acts a reminder to us that there are other things to be frightened of other than just enclosed spaces. As if being trapped in an elevator with five others isn’t bad enough, imagine discovering one of them is the devil.

The plot focuses on the premise that the devil occasionally appears on earth to torment evildoers. It is based on a story written by M. Night Shyamalan. It’s made to instil a bit of fear and should give you an adrenaline rush.

Based on the real-life story of Aron Ralston, the movie tells of what happened when he was exploring a remote canyon. He gets trapped by a large rock that falls on his arm and renders him immobile.

We are left to watch one man’s struggle to survive over five agonizing five days. He eventually has to make a stark choice: starve to death or amputate his arm.

This movie tells the story of a PR man named Stu Shepard who answers an apparently random call in a phone booth. The twist is that he finds himself on the phone with a killer.

The killer has a sniper rifle trained on him and demands Stu make up for the wrongs he has committed in his life. Stu must then negotiate his way out of the situation or find himself dead.

The movie tells the story of American and British civilians during World War Two.  They’ve survived the sinking of their ship by a German submarine and are now trying struggle to reach land in a now crowded lifeboat.

A German U-boat captain stranded in the water is allowed on board. Tensions soon begin to rise. It’s considered to be one of Hitchcock’s most underrated films.

When you find a movie that you love like Escape Room, it’s tempting to want to find others just like it. We’ve done the hard for you. Stick to our choice of ten movies like Escape Room and you’ll have hours of thrilling viewing ahead.