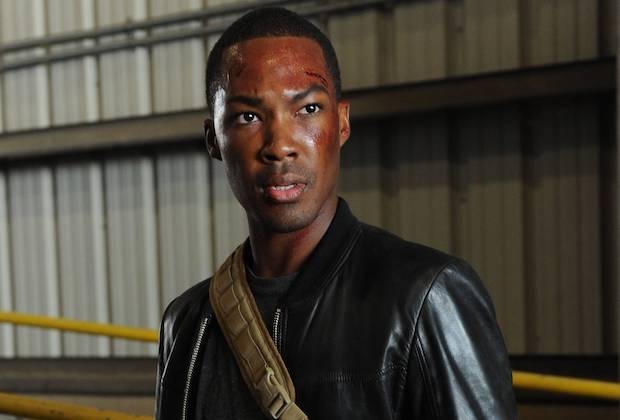 Since this was a one-off mini-series much like the previous one, here’s to hoping that the franchise can keep airing one of these loosely related storylines every few years until we get our long-awaited feature length movie.

Plot: Set three years later after the events of Season 9 (AKA Live Another Day) and beginning at 12 PM, ex-Army Ranger Eric Carter (Corey Hawkins, Straight Outta Compton) is targeted by terrorists in retaliation for leading a raid years ago that caused terrorist sponsor and Sheik Bin-Khalid’s death. Carter, Tony Almeida (Carlos Bernard) and former CTU head Rebecca Ingram (Miranda Otto, Lord of the Rings) are also tasked with preventing the terrorists from committing a large-scale attack and figuring out a conspiracy connected to Ingram’s own husband John Donovan (Jimmy Smits, The West Wing).

Review: It’s safe to say that many fans love to play a popularity contest with all the seasons instead of enjoying each one on their own terms. I have seen people do what they did with all the Die Hard sequels where they argue about the realism. For starters, as much as everyone adored Kiefer Sutherland’s character Jack Bauer or Dennis Haysbert’s President David Palmer, neither was the star of the show. The editing and real time premise were and if we can handle the insanity of the other seasons, then why not this one?

Hawkins makes for a reasonable hero by having a calm yet logical attack pattern who gets himself into so many The Fugitive type moments, while hoping for the best that he can make his strained relationship with both his brother and wife finally work. Smits is commendable as always and absolutely no exception here as his politician character who has to question who the mole on his campaign staff might be, including his rather powerful father (Gerald McRaney, Simon & Simon).

Carlos Bernard’s fan-service return as the beloved anti-hero Tony Almeida may not be as action packed as one might be hoping but he still gets time for a few fights, an interrogation and is likely on the road to redemption following unforgivable misdeeds. Some of the villains here will also remind us of the ones in Seasons 4 and 7. They might not be remarkable to all but they served their purpose as intended.

Its refreshing not only having co-creator Bob Cochran (JAG) return to helm some of the writing but also director/producer Stephen Hopkins, who was the one who decided to establish the show’s signature split-screen style. Some racial and social topics are touched on but never on an in-your-face instance, much like previous seasons but it’s good to know that the show still has the grounds to serve as a laid-back discussion platform, especially after all the inevitable shoot-outs and car chases. Since this was a one-off mini-series much like the previous one, here’s to hoping that the franchise can keep airing one of these loosely related storylines every few years until we get our long-awaited feature length movie.