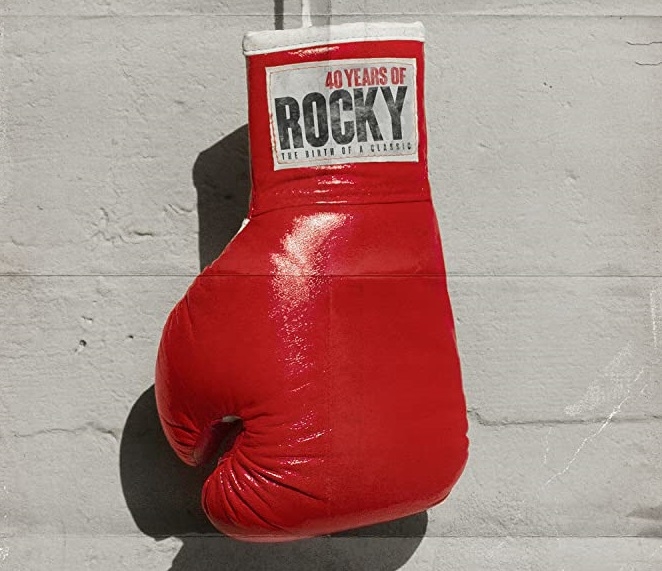 Diehard Rocky fans, Stallone followers and simply any self-respecting fan of movies or any creative process will love this.

Plot: Documentary filmmaker Derek Wayne Johnson compiles several 8mm home movies and behind the scenes footage from the production of Rocky with Sylvester Stallone himself as narrator in 40 Years of Rocky: The Birth of a Classic, a superbly entertaining half hour documentary from Cinema 83 Documentary Films and Visionary Media Group.
Review: If there’s one thing we’ve learned from the better part of nearly half a century, it’s this: there’s no such thing as too much Rocky.  Whether it’s the half dozen entries featuring the titular protagonist or the trivia and peripheral knowledge of the movies so extensive that it would all likely amass to the size of a phone book, the original Rocky is one of the most beloved and discussed films of all time for its universal appeal and message of rooting for the underdog, valuing attrition and having a “softer” side, each uniquely suited to the American psyche.  Derek Wayne Johnson captures all of this via several 8mm home movies and behind the scenes footage from director John G. Avildsen and producer Lloyd Kaufman.  Rehearsals, fight choreography, location scouting and even screenings, complete with narration from Sylvester Stallone himself, are all shared and wrapped up in a concise 30 minute documentary, 40 Years of Rocky: The Birth of a Classic, from Cinema 83 Documentary Films and Visionary Media Group.
Johnson’s assembly of the documentary material shows his passion for and devotion to his craft.  What Johnson has done with 30 minutes of content far surpasses the vast majority of documentary films or series out there with triple the running time for a given feature.  His treatment of the filmmaking process from front to back is extraordinarily deferential to the over 40 year old production, let alone the discovery of all the behind the scenes footage.  Approached with as much respect as an eager student, Johnson’s acquisition and editing of the footage is more like an obsessive master, while Stallone’s narration of himself and the production comes across like a veteran NFL Films commentator, all to the Greg Sims soundtrack.  Stallone’s love of his classic work shines through this feature, and his narration during all the bits of video almost show him “Becoming Rocky (this feature’s UK namesake)” all over again.  Not only his admiration for his fellow cast members, but for the bulk of the Rocky film crew and their families, as well.  They each come off as family to Stallone here, not to mention his actual family making appearances – the great Frank Stallone can be spotted and appreciated numerous times in various footage, as well as their father, Frank Sr. as timekeeper. 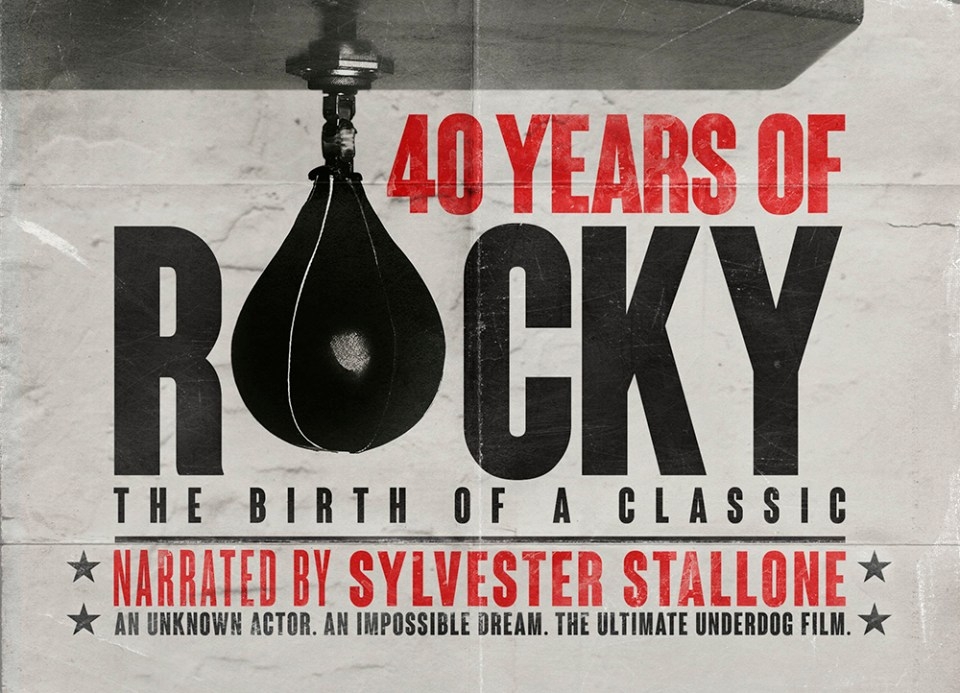 Every bit of trivia, makeup effect, every acting quirk or choreography nuance, from the early Steadicam use all the way to wardrobe decisions, Stallone makes note of it and probably has an anecdote or two behind a particular decision, putting everybody over along the way in the manner of a true class act.  The only real drawbacks to the whole thing, other than the brief runtime, are that some of the great minds behind the ultimate creation of Rocky have since passed, and the viewer could have seen and heard more from the other cast members in a more perfect scenario.  There is so much more that the viewer will crave after experiencing this, and many will no doubt head right to the internet for such a taste.
After over 40 years, the birth of this classic has left such an indelible mark on the film industry that it is difficult to comprehend what the film landscape might look like had it not happened.  Not only is Rocky the most identifiable underdog character in sports – if not all of fictional history, but the movie itself is the ultimate independent cinematic triumph, and something we may never experience ever again.  Diehard Rocky fans, Stallone followers and simply any self-respecting fan of movies or any creative process will love this.  Derek Wayne Johnson captures this history in a concise package, leaving the viewer wanting more.  One thing’s for sure: if 40 Years of Rocky: The Birth of a Classic is any indication, the documentary scene will get just that.  This one’s no underdog.
Written, directed and produced by Derek Wayne Johnson.