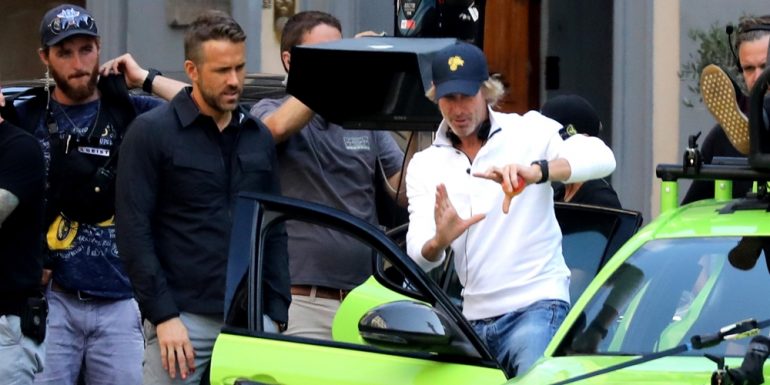 6 Underground delivers Bayhem at its best; it does have the odd pacing issue but it has some amazing set-pieces with Reynolds and the crew clearly enjoying the ride.

Plot: Meet a new kind of action hero. Six untraceable agents, totally off the grid. They’ve buried their pasts so they can change the future.

Review: This is one I was looking forward to when it was announced, especially with the pairing of Michael Bay and Ryan Reynolds definitely peaked my interest, so I was hoping it would be something more along the lines of Bad Boys and The Rock.

Well, having seen it, while it’s not anywhere close to those films, there’s definitely elements of them sprinkled throughout, and even then I still liked this one, didn’t love it, but liked it.

The cast is impressive all around, particularly Reynolds, Corey Hawkins, and Melanie Laurent who were the standouts.

The action is slick for the most part, especially the magnetic scene which was very well done, and it’s not really a spoiler especially if you’ve seen the trailer.

To me, this is easily one of the best looking films that I’ve seen this year; the cinematography by Bojan Bazelli is gorgeous and makes the film look more theatrical than most Netflix films that come out.

The story serves its purpose, but is mostly effective and is really just an excuse for maximum Bayhem.

Now, like I said, this isn’t perfect. The pacing drags at times especially in the middle; there is an overuse of slow motion in certain scenes (I know Bay is known for that, but sometimes he overdoes it here.)
Not all the comedy works, some of it falls flat, but not always.

Now, I have to say this, I don’t understand why this didn’t go to theaters; this feels more like something that should’ve been on the big screen, and not on Netflix. I just don’t get that at all.

Overall, 6 Underground is a fun action film that has a good cast, a decent story, some explosive action, looks great visually, and is the type of action film that doesn’t get made a lot anymore especially in Hollywood, I’d definitely recommend it if you’re curious.