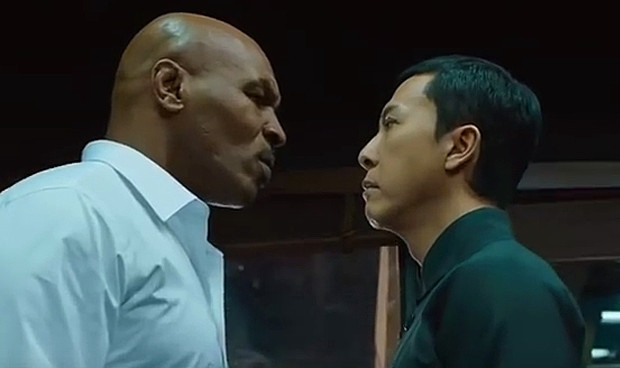 7 Action Stars Who Swear by CBD

CBD – one of the most popular and well-known, up-and-coming health substances used by laymen and celebrities alike. You’ve probably heard of CBD from a friend, the internet, or maybe even a sign in a smoothie shop. But what exactly is CBD, and can it really do all the things it claims to do?

CBD is short for cannabidiol. It is a chemical substance extracted from cannabis, including both marijuana and hemp. Despite having an association with marijuana, however, CBD itself will not get you high. This is a common misconception held by many people, especially those wary of CBD usage.

So, how does this chemical, associated with a high-inducing drug like marijuana, have health benefits?

Well, CBD is typically held as a relaxant. It doesn’t actually have mild-altering effects like its cousin, fellow cannabis-found substance, TCH (tetrahydrocannabinol). But there’s a lot more to CBD than what most people believe.

When CBD is consumed, it interacts with our body’s endocannabinoid system or ECS. The ECS is responsible for regulating many of the body’s typical functions, including both physical and cognitive processes. This includes things like pain, mood, memory, and appetite.

One fact that many people miss is that CBD belongs to the cannabinoid family, a class of substances that includes our body’s own self-made cannabinoids. As such, our body is equipped with many cannabinoid receptors that relay signals within the ECS.

CBD is also currently being researched as a potential treatment for many different diseases and disorders. This includes things like Alzheimer’s, Huntington’s, and even some cancers. Though not much progress has been made, CBD is already the main ingredient of an FDA-approved medical treatment, Epidiolex, which helps people who suffer from extreme seizures brought on by certain kinds of epilepsy.

So, even though CBD is popping up everywhere, even in unexpected places, it may not be as much of a scam as many skeptics believe. There is some merit to many of the health-claims made around the use of CBD.

However, according to Kate Huber at NJGamblingFun, “it is important to note that just because CBD can potentially benefit you and your body, this doesn’t mean that you should be buying and consuming all or any of the CBD products you find. For example, if you eat a CBD cookie once, it probably won’t have any lasting benefits to your health. And along this line, CBD-infused products are not always that effective.“

Most people who turn to CBD for things like pain and anxiety use more substantial CBD products, like oils, tinctures, and vapes. In other words, most of the time they consume highly potent CBD products.

Mike Tyson, a professional boxer and star of many comedy, documentary, and action films, is one of the most famous CBD advocates among celebrities. Tyson even began his own CBD company called Tyson Ranch, which offers high-quality CBD products including extracts, edibles, and CBD-infused drinks.

Tyson has also referred to CBD as a ‘miracle oil,’ and he is a frequent user of many different CBD products including tinctures and ointments.

Like Mike Tyson, Seth Rogen also got into his own brand of cannabis-based products, Houseplant, which also features CBD. He and co-founder Evan Goldberg partnered up to offer a variety of products with the goal of helping “consumers to understand cannabis on a deeper level so that they can truly have the best experience possible.

Beyond just providing an extended line of cannabis products, Rogen and Goldberg wanted Houseplant to benefit the community. Through their company, they further hope to deepen people’s knowledge and understanding of cannabis and its related products.

Though known for her role in the famous 90s show, Friends, Jennifer Aniston’s career has yet to come to a halt, considering her newest riveting role in the new drama, the Morning Show, of which she won a Golden Globe. Beyond that, Aniston’s acting career has taken her down many roads including action-comedies like Murder Mystery and Life of Crime.

In addition to her extensive acting career, Jennifer Aniston has become well-known for her support of CBD use. Aniston’s personal use of CBD to address anxiety and stress has encouraged many people to also explore CBD as a possible alleviant.

In interviews about her struggles with mental health, Kristen Bell also noted that she supplements her antidepressant usage with CBD oil.

Though Bell claims that she consumes CBD by the dropper-full, there are a number of different ways to consume CBD. If you don’t like the taste, CBD vaping is a great alternative. According to CBD Kyro, CBD vaping is an especially effective form of CBD consumption.

Leighton Meester is most well known for her role as Blair Waldorf in Gossip Girl. But her career extends much further than television shows. She is also a model, singer, and songwriter. But with such a busy and demanding lifestyle, it’s no surprise that she gets stressed from time to time.

To deal with stress and tension, Meester turned to CBD balms. She is a strong advocate of using CBD for self-care. Meester claims that the balm helps her deal with tension in her shoulders and hands.

Stormy Daniels is not only a supporter of CBD usage but she also, like many other celebrities, has put her own foot on the business side of CBD with a line of CBD products. According to Daily CBD Mag, Daniels and Mike Forest joined forces to create a CBD-infused water-based lubricant that’s safe for all skin types.

Like many others, Stormy Daniels was actually quite skeptical about using CBD. But after being injured in a horse accident, she tried some CBD products and ended up enjoying them more than she thought she would.

Olivia Wilde is known for her roles in pivotal films and TV shows like Tron: Legacy and House MD. But nowadays she also is known for being a CBD advocate.

Wilde used CBD to soothe muscle aches. She was originally introduced to it by her friends and since then has expressed that she believes in CBD as a natural alternative to many typical over-the-counter medications.

Though research is still being done to better understand CBD’s role in our health, many people, these celebrities included, have had amazing experiences with CBD. And since CBD is considered a safe substance, there’s little to no risk in trying it out. So, if you’ve been experiencing pain, anxiety, or stress, CBD might be a helpful supplement.

Author bio: Marina Turea works as content manager at Digital Authority Partners, and is a huge fan of all things CBD.