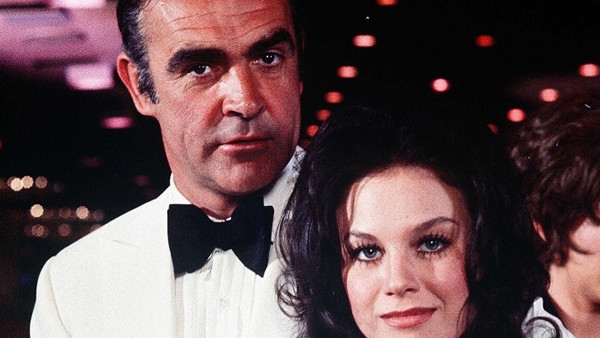 The love affair between Hollywood and gambling isn’t new and Las Vegas casinos have frequently been brought in the spotlight by the movie industry. The glamour and inherent appeal of these places has made them an obvious choice for movie directors. Highrollers, gangsters and celebrities have been portrayed over the years as patrons of Sin City casinos, with the films being shot at some of the top establishments. These are just a few of the movies featuring famous casinos and they are all worth watching.

The 1971 James Bond film was a major hit and it also has the merit of making players familiar with the premises of the luxurious Riviera Hotel and Casino. 007 brought down a filthy rich business tycoon in this film that also got viewers accustomed with the glamorous Las Vegas gambling. They got to learn more about the casino which spanned over 100,000 ft.² that offered everything from roulette and card games to video slots. Unfortunately, the Riviera Hotel and Casino closed its doors in 2015, but it is still very much alive in the memory of James Bond movie fans.

A much newer film dedicated to the same Riviera Hotel and Casino is the Fear and Loathing in Las Vegas production of 1998. Instead of getting viewers fully immersed into the world of spies and international intrigue, this film was aimed and bringing a smile on their faces. It brilliantly succeeded in achieving this goal, as the black comedy was a major hit on both sides of the Atlantic. It follows the story of a journalist and a lawyer and their adventures in the glamorous Las Vegas of the late 90s.

The Bellagio is one of the easiest to recognize Las Vegas casinos and it was featured in many films over the year. Hollywood has a particular attraction for this place and one of the best movies dedicated to it is Ocean’s Eleven. The amazing cast and the exciting story ensured the popularity of the film and prompted the producers to come up with several sequels. It also got viewers familiar with the luxurious interiors of The Bellagio Hotel and Casino, which used to be the most expensive hotel in the world. Even though it has lost this title since the movie was filmed, the Bellagio is still an iconic Las Vegas casino.

Rain Man and The Hangover

The Caesars Palace Casino is another popular Las Vegas gambling hub that spent some time in the spotlight because of Hollywood movies. This is the place where famous singers and entertainers have performed over the years and its hotel is just as good as the casino. Movie fans who watched the Rain Man and The Hangover movies had the chance to explore these amazing places from the comfort of their homes. Both are regarded as some of the best Hollywood productions and they are just as entertaining to watch today as they were at the time of their release.