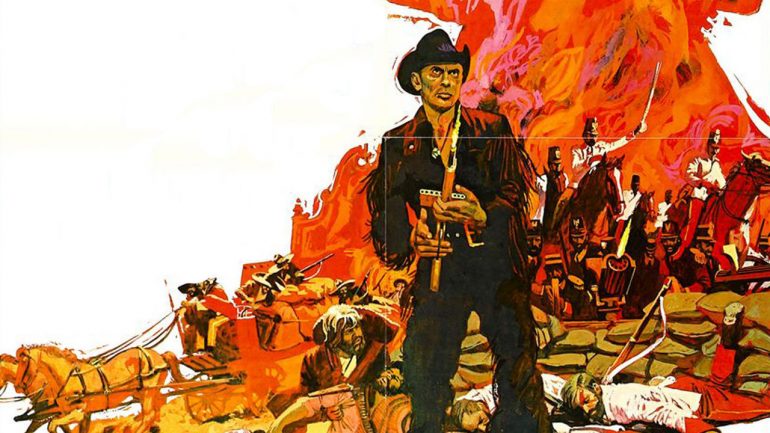 Adios, Sabata some funny moments and some brutal scenes of violence, and fans of the genre should feel right at home.

Review: Laconic gunfighter for hire Sabata (played by Yul Brynner after Lee Van Cleef began the trilogy) finds himself in Mexico where he learns that a stash of gold dust is being horded by a German general who has squashed a local revolution. Sabata teams up with the German general’s portrait painter (Dean Reed), who has an inside scoop on the gold and where it’s stashed, and they get a plan together that involves some mercenaries. But when they level the playing field after a major battle, one of them turns coat and betrays the team … and Sabata isn’t the type to let something like that slide.

A sequel to Sabata, starring Lee Van Cleef, Adios, Sabata is a pretty fun little Spaghetti Western with a cool score by Bruno Nicolai. The action is sometimes inventive and fierce, and Brynner fills Cleef’s boots quite nicely. There are some funny moments and some brutal scenes of violence, and fans of the genre should feel right at home. From director Gianfranco Parolini, Adios, Sabata is a fun time. It’s followed by Return of Sabata.

Kino Lorber recently released this title on Blu-ray. The high definition picture quality and sound are superior to the disc that MGM released in a three-disc collection back in 2005. The disc is nicely packaged with a reversible slipcover with two nice original artwork pieces on either side. It’s worth owning, particularly if you’re a fan of the series.