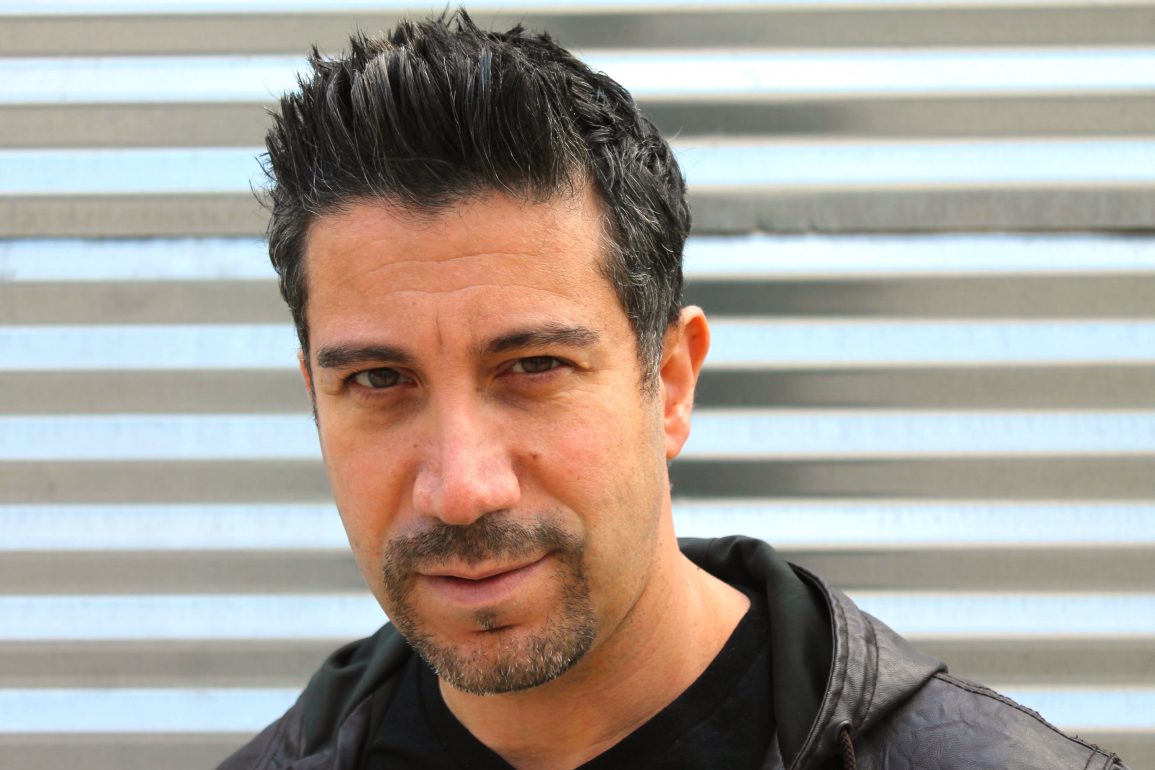 At the latest line-up of the relaunched 8 Films to Die For, The Action Elite caught up with actor Gianni Capaldi, who stars in Wicked Within, one of the eight films in the series.

Capaldi, who co-starred alongside Dolph Lundgren in The Blood of Redemption, Ambushed (a.k.a. Hard Rush), and Puncture Wounds (a.k.a. A Certain Justice), has been extremely busy as of late, but he took a few minutes to allow us to catch up with him.

I’ve watched the three movies you did with Dolph Lundgren, but I’ve just seen you in Wicked Within, which is part of After Dark’s relaunch of the 8 Films to Die For brand. Talk a little bit about your transition from action to horror.

I actually did this movie before I did all those action movies. I think the first movie I did was a crazy action movie called Cross, and then I went on to do Wicked Within, which is a horror film. Then I did the three movies with Dolph, and I kinda stuck with the action genre. But it’s fun going into the horror genre because it mixes things up. I know it’s horror, but I kind of played a comedic character. He was the comedy relief of the movie. I enjoyed the variety. It’s great to play a character that’s not the tough guy, or a good guy, or the bad guy. It’s nice to change it up.

Wicked Within has a great cast, which really helps support the movie. Sienna Guillory is solid in it. She’s best known for the Resident Evil movies.

She can’t be here because she’s actually filming the new Resident Evil right now. And Enzo Cilenti, who is in this, is in The Martian right now and he’s filming Game of Thrones in Spain. We were really lucky about the timing and everything with the cast.

You’ve got to say something about working with Dolph because you did that three times. My favorite of the three you did with him was Puncture Wounds.

Dolph and I worked three movies together. Dolph, myself, and Vinnie Jones did three movies back to back to back in five months’ time. We all became really good friends. It was a great experience; he’s a nice guy. He has that Swedish mentality. Good times. I think my favorite of the three was Ambushed, which has another name: Hard Rush. That was with Randy Couture.

That was a great fight between Randy and Dolph in the rain.

What’s next for you, Gianni?

Well, I’m of to do a movie in Bulgaria in about ten days’ time. I’m working with Robert England and Ben Cross for the first time.

Yes! So it’s a really strange cast. I just did a movie in Turkey called The Ghosts of Garip, and I did a movie called Bite with Costas Mandylor, which just had its premier. Vinnie Jones is in that too. It’s horror, but it’s got some action too. Then, at the end of the year, I’m off to work with Peter Greenaway.

Wow! The guy who made Drowning by Numbers and The Cook, the Thief, His Wife, and Her Lover! That’s wild, man.

It’s called Walking to Paris. I’ll be working with Michiel Huisman from Game of Thrones. Then, hopefully, we’ll start shooting Four Towers soon, and I’ll play opposite Steven Seagal. That should be at the start of the year.