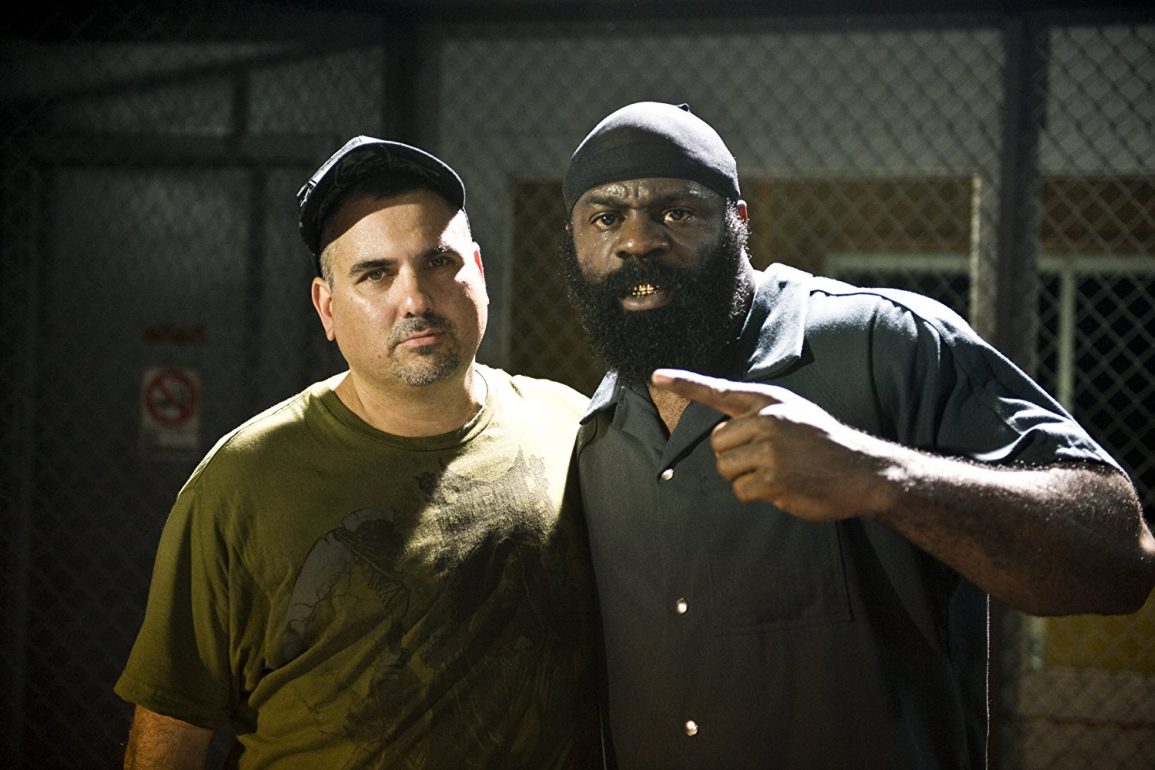 All New Interview with Daniel Zirilli

The new action film Crossing Point is a prime example of how an independent action picture can be done right, and its director Daniel Zirilli, who cut his teeth directing genre films like Circle of Pain and Locked Down, proves with his work here that he’s a filmmaker to watch out for.

In this interview, Zirilli discusses his work and Crossing Point specifically.

I’ve seen a number of your other films, including Circle of Pain and Locked Down, and now that I’ve seen your latest one, Crossing Point, I can honestly say that this new one is your most accomplished film yet.

Thank you. Absolutely. I think it’s my best movie. No offense to my other movies, but the fact is that I had a lot of independent funds on this movie. I could do what I wanted. It was very independent. I’ve done a lot of other movies that were made with other companies, where I have parameters to go by. But this one I was able to do whatever I wanted. I also just did a movie called The Asian Connection that I’m really proud of as well. These are my best two films. Crossing Point, to me, fortunately was a movie I would make at any point in my career. Even if I was a bigger director … it was a story I wanted to tell authentically. The way that we did it – independently and shooting on real locations – was exactly the way I wanted to make the movie. I appreciated that. I was also able to work with some bigger actors and I think it turned out really well.

Yeah, so the most recent example is Steven Seagal and Michael Jai White on The Asian Connection. In general, I love action movies. I love the Tony Scott, Michael Mann-type action movies. I think what I wanted to do with Crossing Point and my other action movies is to have action, but to have really high stakes in the middle of the action. High drama. Look at Heat, for example, which is a really high benchmark for an action movie. I love those kinds of movies because the stakes of life and death are so high. I try to look for stories or try to develop stories that have enough action, but where you care about the characters. This one, there’s lots of action, but you’re really invested in the characters. Action helps support the high stakes. I’ve had experience with dealing with actors who were assholes, I’ve worked with gangsters and all sorts of characters, but I’m very focused on set in dealing with some of these very old school actors. For the most part, I’ve had really good working relationships with them. I can look into their feedback and then assert my authority and position. If they’re the main actor, sometimes you have to do a take or two the way they want it, and then I say, “Okay, can we try it this way because I need you to do this?” It creates an off set rapport. Even with guys who’ve been doing this a lot longer than me and done more movies. I hope to create a good relationship with them so that they feel comfortable getting what they want out of their performance, but I get what I need for the movie. I love action, but not mindless action. I want action with high stakes drama. There are other people I want to work with in this genre. I want to go for guys who can deliver action, but also have the acting chops.

Say something about your new star Shawn Locke. He also worked on the script. I’ve never heard of him before now.

Interestingly enough, Shawn came to me through another producer with a script. He didn’t want to act in it, but he looked so right for the role. We auditioned and looked for other actors, but the more time I spent with him, I took him on a scout to Mexico, and I said, “Dude, you should consider playing this role.” The more time I spent with him, the more I realized I could shape his performance. I think it’s good that he’s unknown because I really want this movie to be believable. The fact that he’s not a name actor works well. He’s a guy in Mexico, a fish out of water. I had to sort of lead him in the direction of doing the movie. I asked him to act in it and I had to convince him.

Say something about doing your earlier films Circle of Pain and Locked Down, which bore the “Tapout” brand on them.

Lionsgate came to me about five years ago when MMA was starting to get big, and they wanted me to do this slate of action movies with these MMA stars. So I wrote or co-wrote about ten treatments, and we made four of those. I directed Circle of Pain and Locked Down and I produced or executive produced Beatdown and House of the Rising Sun. That all came from that time with Lionsgate.

Your next film is The Asian Connection with Steven Seagal and Michael Jai White. Say something about doing that one.

I hope you’ve seen the new trailer. I really appreciate The Action Elite, by the way. You guys have been great about covering my movies. So I co-wrote this with Tom Sizemore, and he was going to be in it, but I ended up doing a deal and I had a really good conversation with Steven Seagal, based on his notes, and then we knocked it out. I know he has a reputation, but I think we had a fantastic working relationship. He’s very opinionated, but that’s okay. Like I said, I listen to feedback but ultimately he did what I wanted to do. He’s a tough guy, but I think he comes off very well in the movie. I would work with him again. Michael Jai White I’ve known for a couple of years. I’ve watched UFC fights at his house with friends. When he heard I was shooting this movie in Thailand with Seagal, he said he was going to be shooting Never Back Down 3 in Thailand at the same time. He asked me for some casting suggestions locally because he knew I shoot in Thailand a lot. I gave him some suggestions and said, “Hey, come over and do my movie.” He said, “Really?” We talked about the character and I showed him the script. He did my movie, and he kicked ass. He’s a great actor. I have a great working relationship with him and I respect him.

Final question on Crossing Point: How are you hoping this movie will be received when it’s released in a few weeks?

XLrator Media will release CROSSING POINT on iTunes and VOD on May 6, 2016.