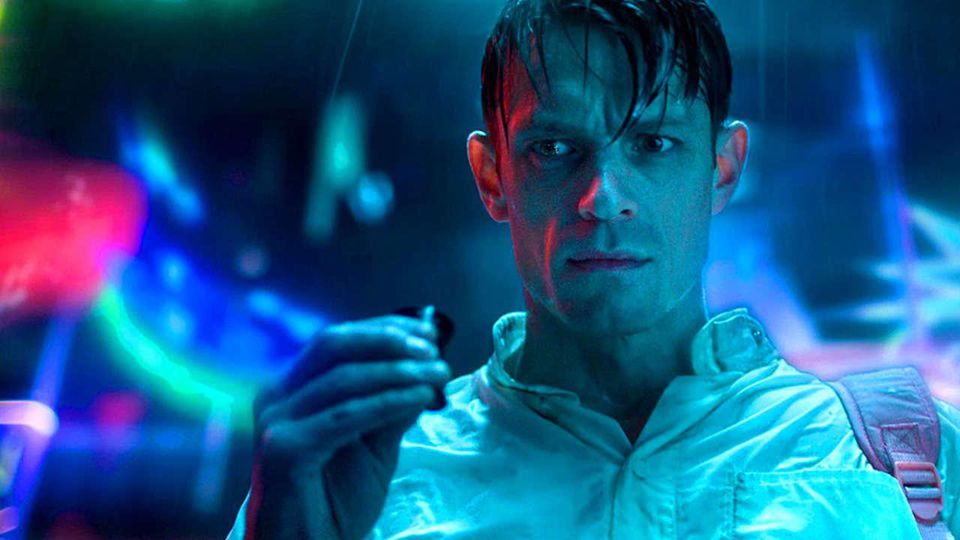 Another great Cyberpunk genre tribute that manages to be more than just another Blade Runner/Matrix knock-off with its badass brutality, snappy intros, graphic content and emotional resonance. Sorry, Westworld, you’ve been outdone!

Plot: In 2364, Takeshi Kovacs (played by Joel Kinnaman, Anthony Mackie, Will Yun Lee and Byron Mann respectively) is the only surviving merc soldier of a group of elite interstellar rebels who were defeated in an uprising against the new world order. His mind was imprisoned for centuries until impossibly wealthy businessman Laurens Bancroft (James Purefoy) offers him the chance to live again while solving some unusual murders and corruption.

Review: We all have our preferences on the best and worst dystopian societies with stylish Neo-Noir type cities, sexy detective type characters and Matrix/Blade Runner type tropes. I didn’t know what to expect but it became rather clear (if not obvious) that it was likely to be appreciated by hardcore filmbuffs when it bashed by critics, praised by viewers, got extra starpower in Season 2 and then unexpectedly cancelled by Netflix. The Cyberpunk subgenre is often never popular with higher audiences as the success of certain movies have never struck a chord until they got to the pay channels and home video markets afterwards. It’s easier to see why it did better as a show as you have as much time as one would get with a book or comic, which is where this subgenre first emerged (a la heavyweights like William Gibson).

I dig the mix of many future cities but it feels atypical because all of the residents have a sense of mystery to them and the societies all have different textures (if not rules). There are cops and politicians but that’s their job title and in no way makes it a crime drama or political thriller. I adore Cyberpunk films like Strange Days and the director’s cut of Johnny Mnemonic and thus show builds on the better moments of both while being its own thing as well not relying on any other film’s existence to gel as its own entity.

The creator of the show reportedly didn’t want to be compared to Blade Runner but, in all honesty, he should’ve shut up and gotten over his ego while trying to get this to co-exist with that film’s universe as well. For other general movie/TV lovers, this is the rare gem that can appeal to non-Cyberpunk fans due to plenty of other welcome Action/Mystery/Fantasy elements to seal the deal as one twisted psychological experiment most of the time.

This might have a Sci-Fi universe but that setting won’t restrict those wanted multiple plots to solve and other character’s intent to second-guess. Since the universe is easy to comprehend and the other material is nearly David Lynch-esque so that many “holy crap, that’s genius!” moments implode on-screen. Finally, since we expect constant second-guessing, all of the plot twists pay off because aside from the hunts, alliances, rebirths and betrayals don’t feel out of place. Because the pay-offs are earned, the show manages to please all general audiences expecting an edgy yet uncanny animal of a show!