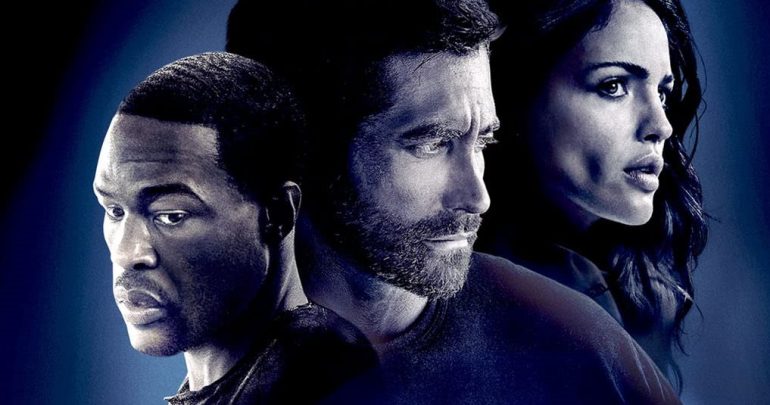 One of Bay’s best and most palatable films, Ambulance is pretty much a slam-dunk of an action thriller.

Plot: A high stakes heist goes awry and two of the robbers hijack an ambulance with an MT and a wounded cop in tow.

Review: Down on his luck ex-soldier Will Sharp (Yahya Abdul-Mateen II) needs a lot of cash quick for his wife who needs an experimental treatment for her grim health diagnosis, and with no way to raise the money in the amount of time he has, he goes to his adopted brother Danny (Jake Gyllenhaal who acts like he’s high on cocaine the whole time) for help. Danny has made a way for himself in life: He’s a high stakes hustler always skirting the law, and when Will comes to him it just so happens that Danny needs an extra guy for a major bank heist. There’s no time to deliberate or argue – Will has to be in or out with an all-in attitude or walk away. The proposed take is in the multi millions, and so Will goes for it against his better judgment. The heist involves lots of moving parts and a no-sweat approach with a bunch of mercenaries and thugs, but the plan goes completely sideways when a beat cop and his partner walk into the bank right in the middle of the robbery. When one of the cops is shot, all hell breaks loose and just like that the plan goes belly up: The entire crew is killed in the getaway shootout … except for Will and Danny, who manage to escape in an ambulance with the wounded cop and an MT (Eiza Gonzalez). While making their getaway, the FBI gets involved in the hunt, and over the course of the afternoon Will and Danny will be in the ride of their lives as they make their last and best attempt to make off with all the cash while still somehow managing to stay alive.

A frenetically paced action thriller from Michael Bay who is on his best game here, Ambulance is a crackling, nail-biting film with some astounding camera work that utilizes some of the best and most impressive drone work I’ve ever seen in a movie. The film pulses and pounds to a vibrant score by Lorne Balfe, and the performances – particularly by Gyllenhaal who seems hopped up on adrenaline from the get-go – are all uniformly impressive. One of Bay’s best and most palatable films, Ambulance is pretty much a slam-dunk of a thriller, and one of the best – if not the best – heist film since Heat.

Universal’s Blu-ray edition of Ambulance comes with a DVD and a digital code, and special features include six featurettes highlighting the making of the film. A 4K Ultra HD edition with the Blu-ray and a digital code will also be available. Out on June 14th.