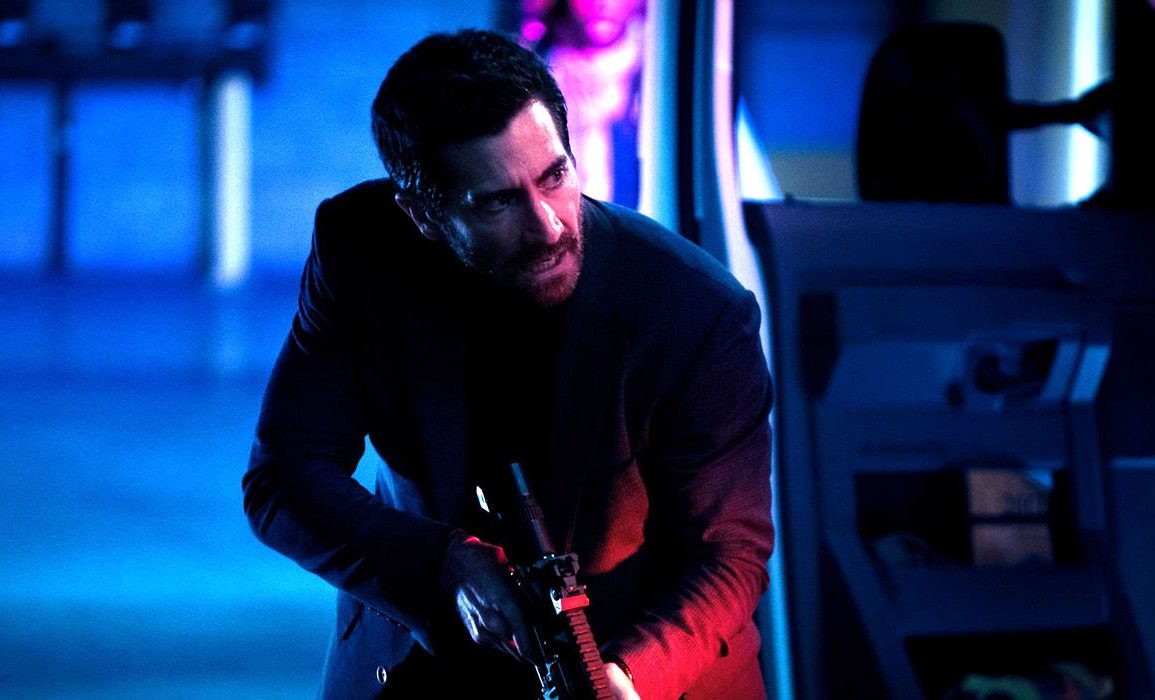 Not up there with his masterworks like The Rock and Bad Boys, Ambulance is a well made, technically excellent film that is so hectic that it will leave the viewer more exhausted than exhilarated.

Plot: Will Sharp (Manteen II), is an out of work soldier who needs money for a life saving operation for his dying wife. As fate would have it, his wayward, adopted brother Danny (Gyllenhaal) is about to commit a massive heist and needs Will’s help. When things backfire, Danny and Will are forced to take a Medic and a wounded cop hostage in an ambulance… but as the day progresses the brothers are forced to confront more than just the cops who are pursuing them.

Review: The Rock, Bad Boys 1-2, The Island and Armageddon are awesome action movies that perfectly capture the dizzying heights of what a Michael Bay film is – explosions, slow-mo action, raging gunfights – all accompanied by bombastic, super-charged macho scores. Bay has become his own industry… his own inspiration. No one else is like him when it comes to adrenaline-soaked action movies. Does Ambulance comfortably fit into his bold oeuvre? Kind of.

Jake Gyllenhaal is the stronger two of the leads as Danny Sharp, the desperate criminal out to make a massive score, no matter the cost. Gyllenhaal is a fine actor, and knowing what kind of film he’s in, plays Danny like the deranged love child of Al Pacino and James Woods. Jake doesn’t just chew scenery in this flick. He spits it out and stomps on it after he’s done.

Manteen II is far more subdued in his role as the conflicted brother who is torn between providing for his family and doing the right thing. The dynamic between the pair is dynamite, and one of the flick’s better elements, but Manteen II is given little to work with outside of his “innocent-trapped-in-a bad-situation” role.

Eiza Gonzalez is equally adrift as the medic the brothers kidnap. There’s an attempt to flesh out her character with some side story about her being an emotionless hard-ass, but it kinda feels tacked on and pointless.

What elevates Ambulance is Bay’s go-for-broke direction and technical wizardry. The cinematography is stunning and thanks to the use of drones, action footage that has never been captured before is seen, like when a cop car explodes and the camera glides underneath it, through the flames, as it lifts off the ground! Bay has not lost his touch when it comes to capturing action, however, the onscreen violence in the film, aside from the gruesome surgical scene, is all rather toothless and restrained.

Unfortunately, there are so many uninteresting side characters and odd bit and ends to these background roles that the intention, and purity, of Bay’s simplistic action thriller gets lost in the chaos. When we should be exhilarated, we are exhausted. By the time the flick reaches its foregone conclusion, we feel like we’ve been put through the ringer.
Although Gyllenhaal is in top form, and Bay is the king of mayhem, Ambulance wears out its welcome by the end. There are great parts, but as a whole, it doesn’t work.