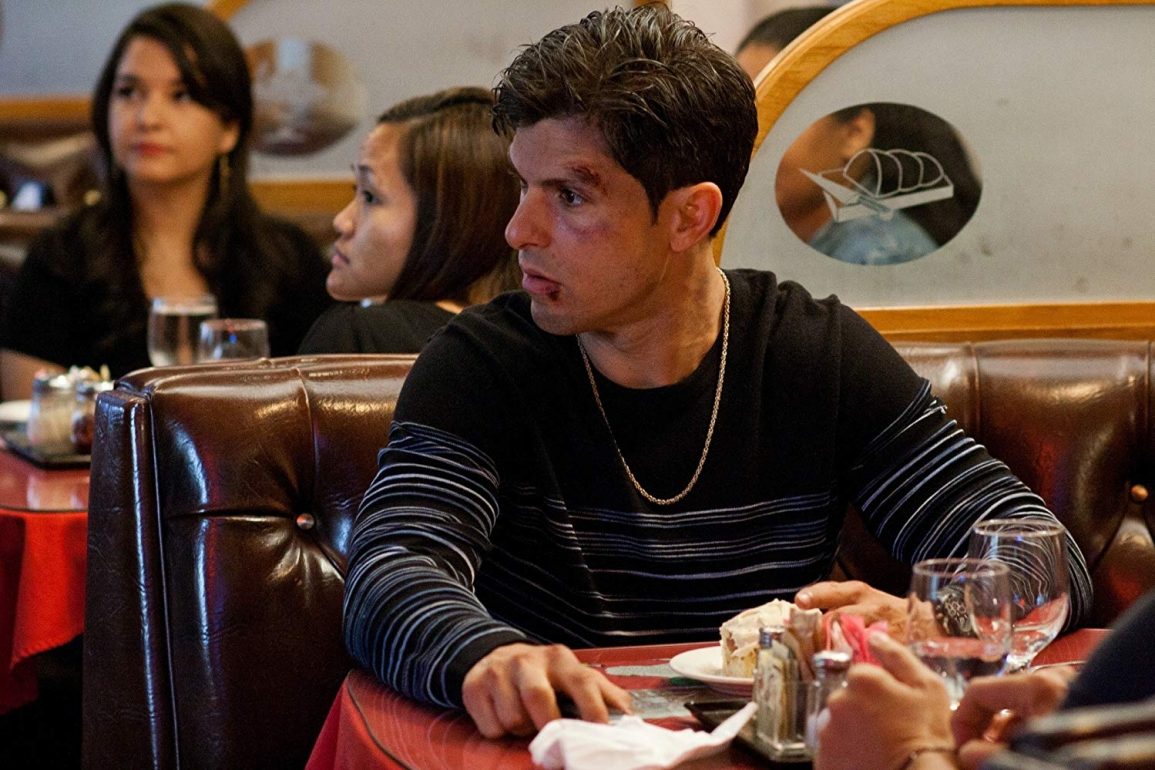 American Bred is a bit of a mess and aside from some good lighting there is little to recommend.

Plot: In present day Detroit, where the influence of organized crime has diminished; one of the lasting crime syndicates begins to unravel when lies, mystery and betrayal devour the trust, which holds them together.

Review: The film opens with Don Francis Adamo (Michael Lerner, Barton Fink) getting his son, Angelo (Andy Martinez Jr., Captain America: The Winter Soldier), and foot soldier, Bruno (Jesse Steccato, Brotherhood), involved in his dirty business matters. Meanwhile, the Don’s wife, Catalina (Eva Tamargo, Any Given Sunday), runs away when she stumbles onto one of her husband’s gory crimes being covered up. The Don will have to resolve this while coming to a final fight with rival, Julius (Ron Gilbert, The Usual Suspects), and FBI agents Standard (Anthony Palermo, Live by Night) and Mendes (Steve Jacques) while other members of his syndicate swear revenge on others who wronged them.

The film is rampant with good lighting but it ends there in terms of praise. The story I summed up for you is as clear as it gets as the rest of the film gets unintentionally messy by constantly shifting character focus. The editing nitpicks I described earlier stop at the 6 minute mark but in terms of how the whole film’s editing is concerned, at least an hour should’ve been dumped from this whole thing. I can applaud the actors and director/writer Justin Chambers for winning awards for their indie film but the entertainment value isn’t there. This Amazon Prime freebie is not ready to be viewed as a whole due to it being all over the place.

Lerner is no stranger to playing criminals but despite being the largest face on the poster, he is only seen again towards the end and while some indie films cover up their actor’s affordability by clever editing and engaging story, this becomes as clear as a sore thumb. Lerner and the FBI agent actors are however the only ones who escape with the best performances as the other actors are handed too many cliche lines and seem awkward handling playing Italian hood characters, even though they’re of the right ethnicity and stature. I’ll just assume that everyone was having too much fun and the filmmakers chose the weakest takes for the “final cut.”

The film does not appear to be attempting to emulate any better-known films despite the earlier musical homage. But after the first 20 minutes, you will start reminding yourself of better movies you could be watching like Taken, Heat or even Goodfellas. I personally expected nothing much but got even less by those standards so that’s still pretty mediocre viewing. The best I can say is I hope the film crew tries another type of film like this in the future, and perfects both the script and editing.