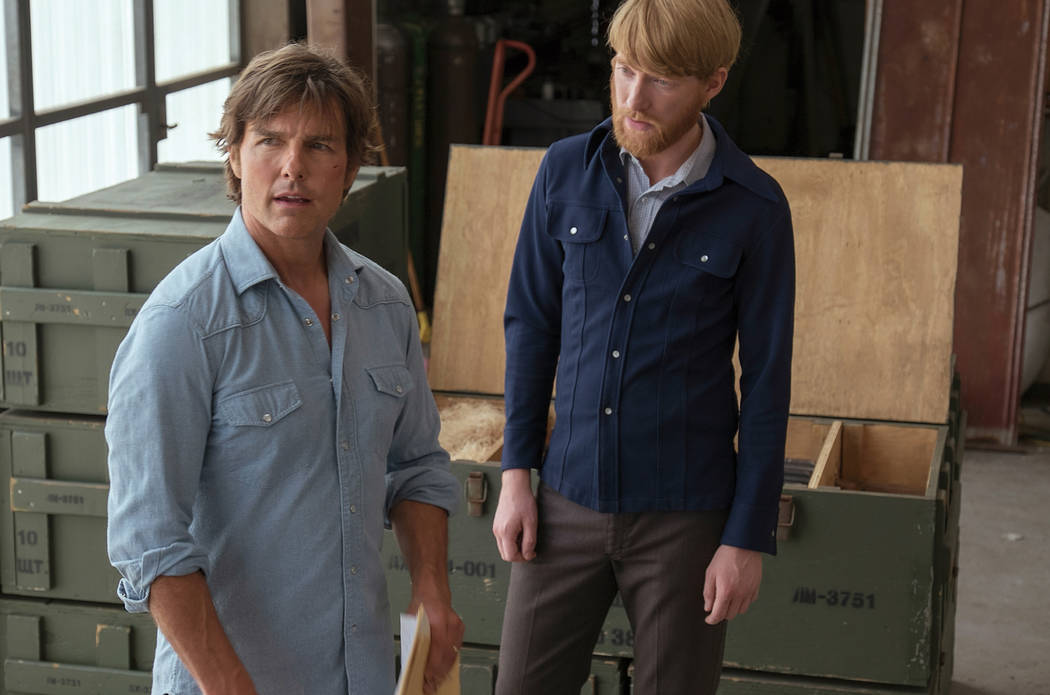 American Made is genuinely entertaining with Cruise on top form.

Plot: Barry Seal, a TWA pilot, is recruited by the CIA to provide reconnaissance on the burgeoning communist threat in Central America and soon finds himself in charge of one of the biggest covert CIA operations in the history of the United States. The operation spawns the birth of the Medellin cartel and almost brings down the Reagan White House.

Review: Doug Liman directs the ever-youthful Tom Cruise in this surprisingly entertaining yarn . Based on a true story? Ha! I’m sure there’s some vague connection somewhere but you kinda feel that adding that at the start is part of the joke.

Cruise is Barry Seal, a hot shot pilot that gets recruited by the CIA and then drug cartels and then everybody else along the way.

This is one of those movies where you just enjoy the ride as you’re taken from one crazy situation to the next. Cruise is on winning form-engaging, cocky and funny (why doesn’t he do more comedy?). With strong support from Domhnall Gleeson as his CIA handler and Sarah Wright as his,initially oblivious,wife.

The tone is very similar to Liman’s other directorial actioner “Mr. and Mrs Smith”, with a solid smattering of action set-pieces interspersed with light comedy. It never gets too heavy despite the seriousness of each predicament and you do find yourself rooting for Barry as he carries us along his crazy story.

He’s just a simple American boy that wants to make money and…well that’s about it. He’s unapologetic about his motives.

There’s some amusing tie-ins to real historical figures that add that extra “Gump-esque” level of humour to proceedings. I found myself smiling constantly throughout this film.

Some nice use of period music and 70’s colour grading adds to the whole canvas. Making it feel like an authentic 70’s Americana picture.

Great to see Cruise in something as genuinely entertaining as this. It’s not a sequel. It’s not a remake of a TV show. It’s not overly-earnest.  It’s Tom Cruise reminding us that he’s one of the last American-made movie stars.