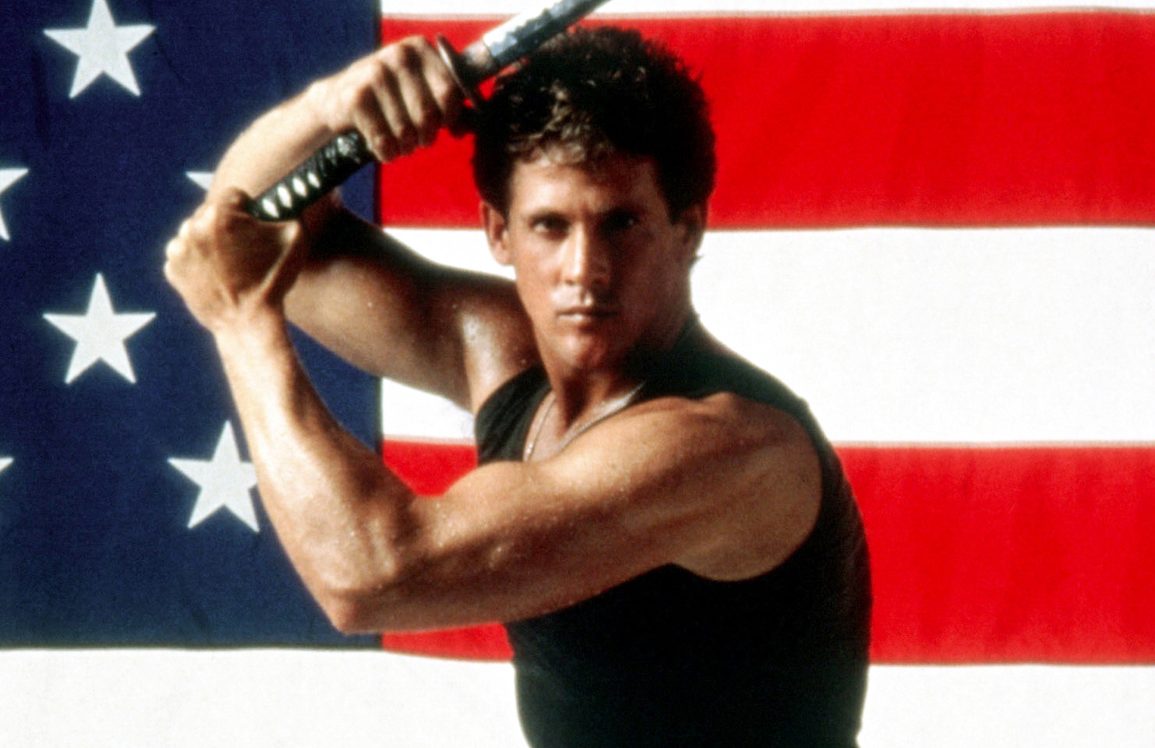 American Ninja is 80’s action at its best and this new Blu-ray is essential for all fans.

Review: The quintessential 80’s Ninja flick that has endeared itself in the hearts of millions of men who were boys when they first watched it on T.V., Cannon’s American Ninja has an innocent charm and a playful, pure quality that recalls a day and age when action movies were still fun and cool. The hero is Joe Armstrong (Michael Dudikoff who was made a star due to this film), an amnesiac grunt on an Army base in the Philippines who saves the life of his superior’s daughter (Judie Aronson) when Ninjas attack her entourage. It becomes immediately obvious that Joe is skilled in the art of Ninjitsu, and his skills are noticed by the Black Star Ninja (Tadashi Yamashita). Joe isn’t well liked on base, but when Corporal Curtis Jackson (Steve James) begins to like him after losing to him in a fight, Joe gains a friend and sidekick. Joe and Curtis become involved in a 007-type plot centered around a megalomaniac who has built a drug empire near the Army base and whose army of ninja warriors protect his interests. It might as well be a cartoon, but in all seriousness, this is a movie of great import to fans of action and martial arts movies the world over.

It’s fairly tricky to tell why American Ninja became such a cult hit. Sam Firstenberg, the director, never overplays the comic book aspects of the plot, and the action is more or less “realistic” (no fast cutting, no flashy camera angles, etc.). While this film was playing in theaters, the animated show, G.I. Joe was playing on television, and it’s no wonder why boys fell in love with it. Michael Dudikoff made an engaging and understated introduction to the action movie world with this film, and he would never quite be able to shake the image off. He and Steve James appeared in Avenging Force (also by Firstenberg) next. John Fujioka co-stars as Joe’s adoptive father.

A year or so ago, 88 Films in the UK released a nice looking collection of the first four American Ninja pictures, but North America had to wait for a distributor to get these classics (yes, they’re classics) out there to own, and thank the heaven above that Olive Films has taken the task seriously. The first four films (the fifth one is conspicuously absent, unfairly) have all been upgraded to high definition blu ray, but the real reason to grab these films is the special features that have been produced for the collection. The first American Ninja disc has a feature length audio commentary with director Firstenberg. There is also a 20-minute documentary, with most of the major players’ participation, including Dudikoff, Judie Aronson, writer Paul DeMielche, and more. Also included is the theatrical trailer. All said and done, Olive is picking up steam in the retro release blu ray market. Thus far, they’ve always been one step behind in only including the feature film itself, but with these four releases and with their recent release The Ratings Game, Olive is forging ahead with giving fans the content they desire. The only downside to these American Ninja releases is poorly conceived cover artwork. Note to the folks at Olive: Fans don’t mind newly created artwork, so long as you also include the original theatrical artwork in a reversible sleeve. Pick these releases up ASAP.