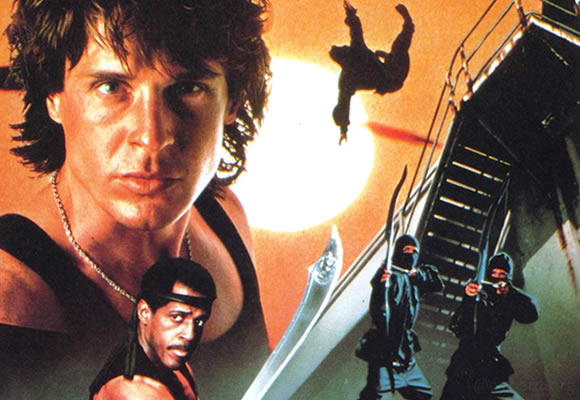 American Ninja 3 has a sillier script than usual, and it’s hardly credible that Curtis Jackson would be involved in this plot. Not a great entry but still has its moments.

Synopsis: Jackson is back, and now he has a new partner, karate champion Sean, as they must face a deadly terrorist known as “The Cobra”, who has infected Sean with a virus. Sean and Jackson have no choice but to fight the Cobra and his bands of ninjas.

Review: With a plot that is strikingly similar to part 2, Blood Hunt is less engaging and fun than the previous two entries. Real-life martial arts champion David Bradley replaces Michael Dudikoff as “The American Ninja,” although he is a different character. He plays Sean Davidson, who is on tour on the fight circuit in South Africa when he becomes the focus of “The Cobra,” a mad scientist with plans of world domination through creating a new race of super ninjas. Davidson is joined by Curtis Jackson (Steve James), who left the Army to follow him on tour. At one point, Davidson is infected with a deadly virus, and he uses ninja magic to cure himself.

Cedric Sundstrom took over directing duties this time, and he would go on to make American Ninja 4 as well. It’s not his fault that Blood Hunt is so weak – the script is sillier than usual, and it’s hardly credible that Curtis Jackson would be involved in this plot. Gary Conway is credited with the story, most likely because it’s the same story as the second film. It’s obvious that this film was shot for a lot less money than the previous two. This was David Bradley’s first film. He’s more than adequate in the starring role. There’s a theme song at the end. Mike Stone can be spotted in one scene.

Olive Films has just released the first four entries (there were five total) of the American Ninja franchise, and these releases have proven that Olive is truly invested in giving fans the biggest bang for their buck, as they’ve produced exclusive features for each of the four releases. Though director Cedric Sundtrom doesn’t contribute a running audio commentary, the filmmaker does participate in a 13-minute “making of” feature called “Strike Me Deadly: The Making of American Ninja 3,” which also includes participation with producer Avi Lerner and screenwriter Gary Conway. Also included on the disc is the original theatrical trailer and star David Bradley’s screen test. Any true fan of these films needs to pick each one of these releases up ASAP.