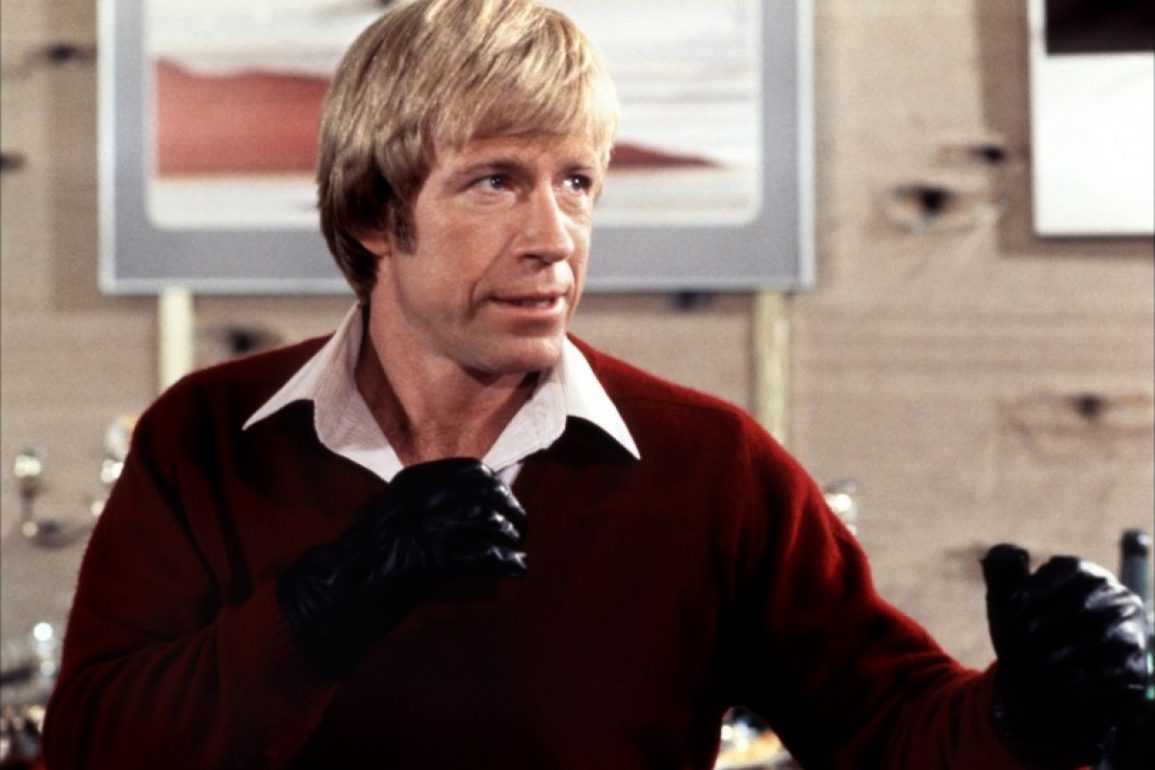 Fairly simple and no-nonsense, An Eye For an Eye gives Norris plenty of room to flex his abilities as an action star, and he’s never less than convincing.

Plot: International superstar Chuck Norris (Hero and the Terror) stars in this pulse-pounding revenge thriller that pulls out all the stops for explosive edge-of-your-seat excitement. Crackling with unbridled energy and suspense, it’s an electrifying adventure that’s as fast and hard-hitting as its unstoppable hero. Police detective Sean Kane (Norris) is any criminal’s worst nightmare: a cop who’s just as lethal with his lightning-quick martial arts moves as he is a with his service revolver. But when his partner is brutally murdered, Kane quits the force and goes beyond the law to seek vengeance against the ruthless Morgan Canfield (Christopher Lee, The Crimson Cult), a powerful and well-connected drug lord who destroys any man who stands in his way. But Kane has never been more ready for a fight. He’s bold, ferocious and has an ace up his sleeve: his mentor, Chan (Mako, Conan the Barbarian), a martial arts wizard who will join him in a thrilling no-holds-barred final assault against Canfield and his criminal empire. Action veteran Steve Carver (River of Death) directs a top-notch supporting cast that includes Richard Roundtree, Matt Clark, Stuart Pankin, Rosalind Chao, Terry Kiser and Professor Toru Tanaka.

Review: San Francisco cop Sean Kane (Chuck Norris without facial hair) leaves the force in disgrace and anger after a sting goes bad, leaving his partner dead. He does some investigating on his own, and when his dead partner’s reporter girlfriend is murdered later, he seeks help by joining forces with her father, played by Mako (The Perfect Weapon), who is a master at martial arts. Together they get involved in investigating what Mako’s reporter daughter was working on and they discover that a major drug cartel is operating within the city, and that her boss (Christopher Lee) is the head of the cartel.

Fairly simple and no-nonsense, An Eye For an Eye gives Norris plenty of room to flex his abilities as an action star, and he’s never less than convincing. The climax features a fight between him and Professor Toru Tanaka, who plays the murdering muscle who killed the reporter. Richard Roundtree (Shaft) is wasted in a small role as Norris’s disgruntled captain. There are some nice shots of the Golden Gate Bridge. The director, Steve Carver, would later direct Norris in Lone Wolf McQuade.

Kino Lorber’s premium Blu-ray release under their “Studio Classics” label is the most a collector could hope for in terms of picture quality, sound, and supplements. The disc has a feature-length audio commentary with director Steve Carver and genre know-it-all Bill Olsen. The MGM Region 1 DVD that was released over a decade ago was never given the widescreen treatment, while the UK Region 2 Optimum DVD had an adequate (but not anamorphic) widescreen transfer, so if this is your first time considering a purchase of An Eye For an Eye based on picture quality, you can do no better than Kino Lorber’s just-released Blu-ray.