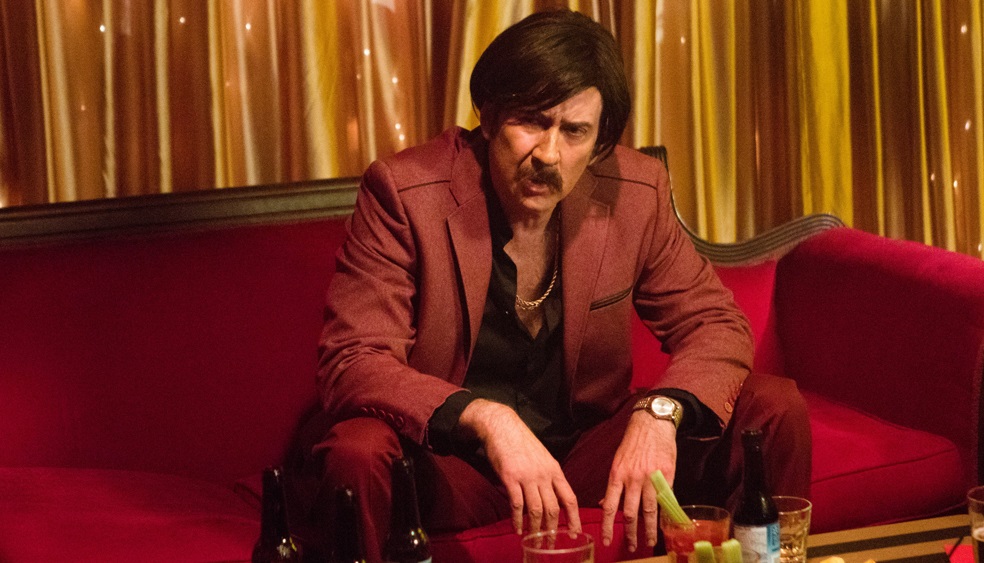 Arsenal plays a fair bit like an R rated movie of the week, and I don’t think we have seen the best of Steven C Miller yet.

Plot: Arsenal tells the intertwining stories of the Lindel brothers, Mikey (Johnathon Schaech) and JP (Adrian Grenier), who had only each other to rely on growing up. As adults, JP found success as the owner of a construction company, while Mikey became a small-time mobster, mired in a life of petty crime. When Mikey is kidnapped and held for a ransom by ruthless crime boss Eddie King (Nicolas Cage), JP turns to the brothers’ old pal Sal (John Cusack), a plain clothes detective for help. In order to rescue his brother, JP must risk everything and unleash his vengeance against King’s relentless army of gangsters.

Review: Arsenal sees director Steven C. Miller reunite with Johnathon Schaech and Adrian Grenier, whom he previously worked with in last year’s Marauders. The two work well together and are the best parts of the film, which itself takes some time to really get going. The movie starts with an extended sequence of the brothers as kids to show their upbringing and I felt this whole piece could have easily been shortened to give more time to the overall story. John Cusack, who appears throughout the film in a do-rag, does a serviceable enough job but does stretch credulity as a tough cop.

As you would expect, the real scene stealer of Arsenal is of course Nicolas Cage. As a crazed small time crime boss, he is in classic Cage mode with his over the top delivery and outrageous look. Not only does he sport a wig that would make Anton Chigurh (No Country for Old Men) jealous, he has a very obvious fake nose that I found distracting. With all the yelling, screaming, killing and cocaine snorting, he delivers perhaps the most flamboyant role of his career.

Sadly though, with all of these elements, they are not enough to make Arsenal a great movie. It is not a bad movie, but it is just not that memorable. The story is nothing we haven’t seen before and the characters are somewhat cliched. (We have a subplot with Mikey’s daughter – a troubled teen who ultimately finds the straight and narrow by the end credits. You know how it goes…)

I will say though, if you are a fan of realistic looking gore then you are in for a treat. Miller’s use of hyper-realistic bloodletting and exit wounds paints the screen with enough brain matter for three films.

Overall, Arsenal plays a fair bit like an R rated movie of the week, and I don’t think we have seen the best of Steven C. Miller yet.