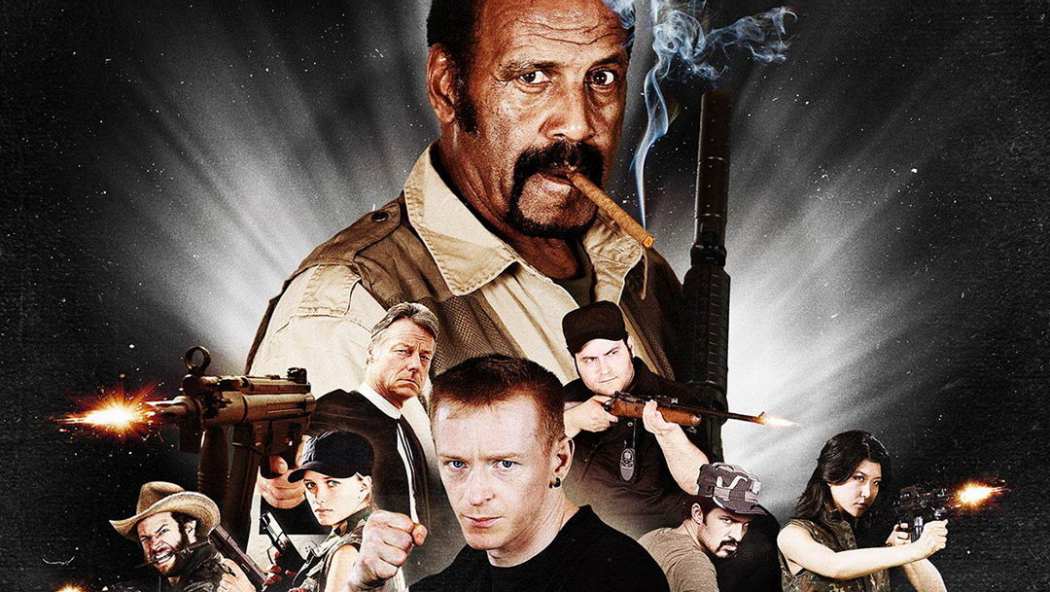 Nico Sentner set out to make an exciting throwback to the DTV films of the 90’s, films we grew up on and love. He easily hit his mark and for the action alone, this film will be worth revisiting.

Plot: Trapped inside an old mining complex, somewhere in the ruins of Chernobyl, a group of international mercenaries must band together to fight an army of mad men. 8 against 800, they just couldn’t lose.

Review: “You tell Stoker, if it’s war that he wants, it’s war he’s gonna get!”

Stoker (Fred Williamson) is a mercenary with a mission. In order for him to complete his current assignment, he will have to assemble a team of not only the best in the business, but people he can trust. He calls in a few favors and assembles the toughest, most badass group of mercenaries loyalty can buy.

With David (Mike Möller), Reiko (Hazuki Kato), Heinrich (Wolfgang Riehm), Darwin (Everett Ray Aponte), John (Nico Sentner), Brenner (Dominik Stark), and Laurie (Josephine Hies) by his side, the mission should be a breeze. It quickly turns into an un-winnable battle with eight people battling against eight hundred, all vying for control of a Nazi doomsday device lost during World War II. With the odds stacked against them, they’re ready to risk life and limb to save millions of lives.

The Hammer is back, folks! At seventy-seven years old, Fred Williamson (Black Caesar, The Messenger) can still kick ass and take names. Pairing him with rising German action star Mike Möller (from Arena of the Streefighter) was a fantastic (and unexpected) idea.

Atomic EDEN is fast-paced, action packed, and above all else it’s a damn good time. Over the last few years, Williamson has been stuck doing cameos or appearing in bit parts, but here he’s front and center, never shying away from the action. With his trademark cigar dangling from his lips, he pummels and blows away the gas masked villains of the film. He isn’t the only one putting a dent in the army of mad men: Möller once again proves himself to be one of the best fight choreographers in the business.

He has several major fight scenes showcasing his speed and agility. They’re an unlikely duo but they have an undeniable screen chemistry. When the film comes to a close, you want nothing more than to see their further adventures. It was also a pleasant surprise to see Renegade star Lorenzo Lamas in a minor role. It’s not action-oriented, though it does remind us just how good of an actor he is. Director Nico Sentner set out to make an exciting throwback to the DTV films of the 90’s, films we grew up on and love. He easily hit his mark and for the action alone, this film will be worth revisiting.