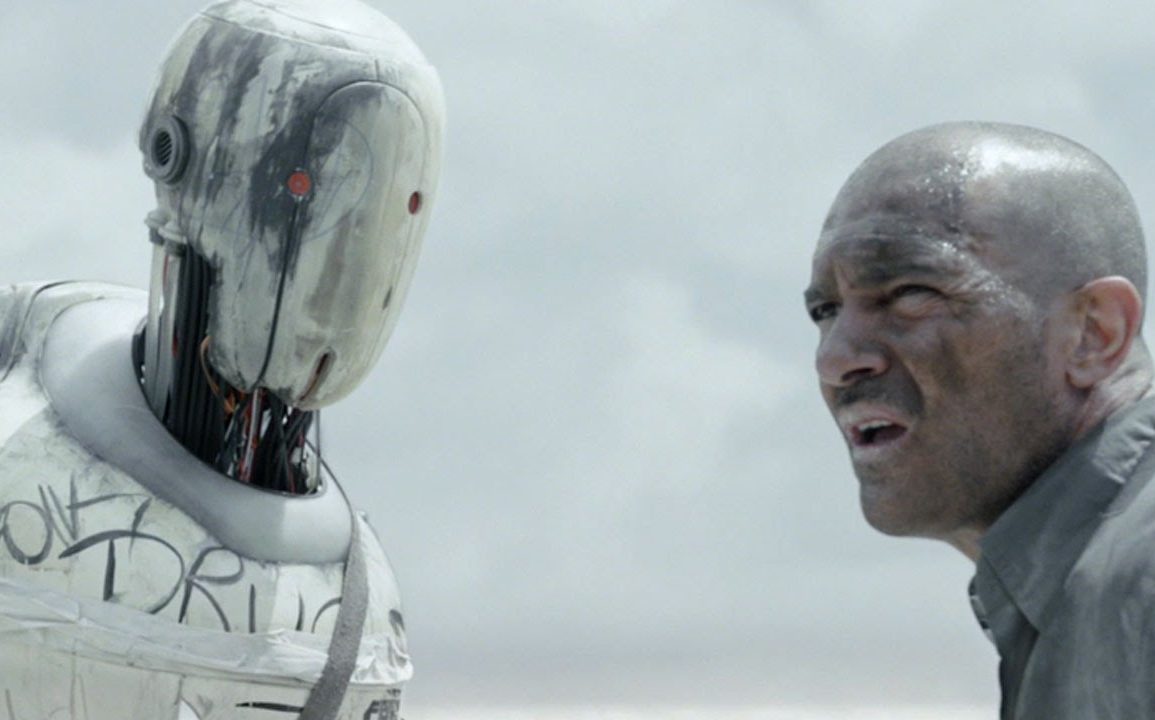 As far as futuristic films go, this rates right up there, and is one of the best sci-fi films since Blade Runner. A must see.

Plot: Jacq Vaucan, an insurance agent for ROC robotics corporation, routinely investigates the case of manipulating a robot. What he discovers will have profound consequences for the future of humanity.

Review: Having played the irritating Galgo in The Expendables 3, Antonio Banderas makes up for it with one of the best performances of his career in Automata. This is a film that owes a lot to Blade Runner, Terminator, I Robot, Brazil and others. Not that this is a fault of this movie, but an indicator of just how much those films are so ingrained in the public’s consciousness.

In 2044, solar flares have made the Earth’s surface radioactive and decimated the Earth’s human population. The survivors have built robots, called Pilgrims, to help them rebuild in harsh environments. These robots have two inalterable protocols: they must preserve human life, and they may not modify themselves. Originally seen as mankind’s salvation, the robots were venerated. However, when they failed to stop the advance of desertification, they were relegated to manual labor and domestic servitude.

Banderas plays Jacq, an insurance claim checker for ROC, who, after a cop states that he witnessed a robot making repairs to itself, is called in to investigate and that is where things get interesting.

Visually, this film by Spanish director Gabe Ibáñez is stunning. It has just the right balance of CGI and practical effects that make this movie beautiful and eerie. All the performances from each cast member are stellar, including the robots who come across as very stark yet very human. Definitely more human than those who are out to destroy them.

There are some fantastic action sequences as we see Jacq and the robots fighting for survival and there are some unsettling moments for the viewer which are a testament to just how well the robots are portrayed.

Towards the end of the movie it does become a bit cliched, only because it tends to rely on standard sci-fi elements, but that is only a minor complaint.

As far as futuristic films go, this rates right up there, and is one of the best sci-fi films since Blade Runner. A must see.