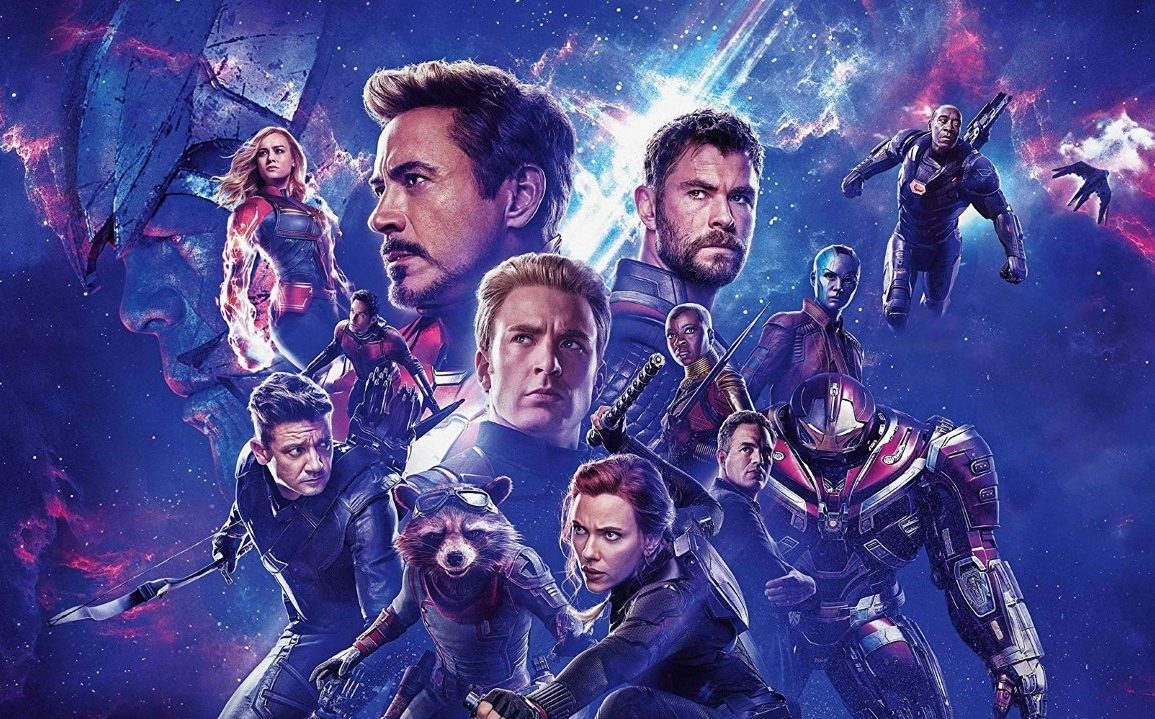 AVENGERS: ENDGAME is a wildly successful blockbuster that is sure to please casual fans and diehards alike and demands to be seen on the largest screen possible.

Plot: After the devastating events of Avengers: Infinity War (2018), the universe is in ruins. With the help of remaining allies, the Avengers assemble once more in order to undo Thanos’ actions and restore order to the universe.

Review: AVENGERS: ENDGAME is an achievement that we will likely never see again regardless of its quality. It is the twenty-second film in a franchise that began eleven years ago: “The Marvel Cinematic Universe”, a franchise that had numerous creatives leading dozens of characters down a loosely connected narrative path towards a singular goal: this film. It’s an amazing feat that the plan for the “MCU” made it to this point and was able to engender enormous goodwill not only from fans but from critics as well with consistently enjoyable films. So, expectations were high for AVENGERS ENDGAME. Could it live up to the hype and the historical significance that had been placed upon it?

In a word: yes, yes it can. AVENGERS: ENDGAME is a film that confidently meets those expectations and, in many areas, exceeds them.

AVENGERS: ENDGAME is the follow-up to last year’s AVENGERS: INFINITY WAR. INFINITY WAR, while as enjoyable as any other MCU film, was a deeply flawed endeavor. It focused heavily on action and spectacle without much in the way of emotional depth. Barring a few moments, INFINITY WAR felt like watching a child playing with really expensive action figures for much of its runtime. It’s become clear now, that INFINITY WAR was simply a very long prologue, for the superior AVENGERS: ENDGAME.

AVENGERS: ENDGAME opens with the heroes struggling to come to terms with a crushing defeat that led to half of the universe being killed by the intergalactic warmonger Thanos, played by Josh Brolin (SICARIO). Just as they begin to move on, one of their own, long thought lost, reappears with an unlikely plan to undo the damage done by Thanos and save countless lives but they only have one chance to succeed.

What follows in AVENGERS: ENDGAME, is a sweepingly epic story that touches on nearly all of the twenty-one films that came before it, providing new context to them along the way. Unexpectedly, AVENGERS: ENDGAME even goes so far as to retroactively correct some poor creative choices those earlier films made in a way that feels organic to the story that it’s currently telling. The film does this while simultaneously remaining accessible enough that even a viewer with only a rudimentary knowledge of the franchise can follow along and appreciate what is happening on screen while also providing intense emotional payoffs for long-term, diehard fans. It’s jaw-dropping what the longtime team of screenwriters Christopher Markus and Stephen McFeely and directors the Joe and Anthony Russo were able to achieve with this film.

They would not have been successful if their enormous cast of actors had not met the strong writing and directing with equally powerful performances. Everyone on screen does great work as they ground the cosmic sprawling tale of the film in genuine human emotion. This allows the stakes to always feel real and urgent no matter how large the film goes and when the heroes succeed or fail, the audience is there with them at every moment. The seeming ease at which the cast does this can be chalked up to perfect casting, immense talent, and the unique opportunity the actors had to live with these roles over a long period of time.

Another area where the film succeeds is in terms of action and pure spectacle. The film has actions beats ranging from single hand-to-hand fights all the way up to a massive battle sequence near the end of the film that features hundreds of participants that not only begs to be seen on the largest movie theater screen you can find but includes truly wonderful small character moments throughout for the majority of the participants. The battle sequence is so full of information, it’s astounding that it never falls into the trap of being overly chaotic and indecipherable. AVENGERS ENDGAME’s editing is proof that Hollywood style action editing can work as long as the moments that matter have time to resonate and the underlying choreography and performances are strong.

AVENGERS: ENDGAME is, no pun intended, a marvel – a truly astonishing thing. It acts simultaneously as a celebration of all that has come before it in the franchise, a deeply rewarding conclusion to an epic tale beloved by hardcore fans, and an immensely satisfying adventure film for casual moviegoers. There will obviously be other films in the MCU but if any viewer decided to bid farewell to the franchise with this film, they would be exiting on the strongest high point imaginable.

As I stated at the beginning of this review, AVENGERS: ENDGAME is a type of achievement that we, as an audience, will likely never see again. It’s surreal that it exists at all considering all the contributing factors leading up to it. It’s equally unbelievable that it is such a creative triumph for all involved. That’s exactly what AVENGERS: ENDGAME is though, a towering triumph of a film that demands to be seen in a theater setting.