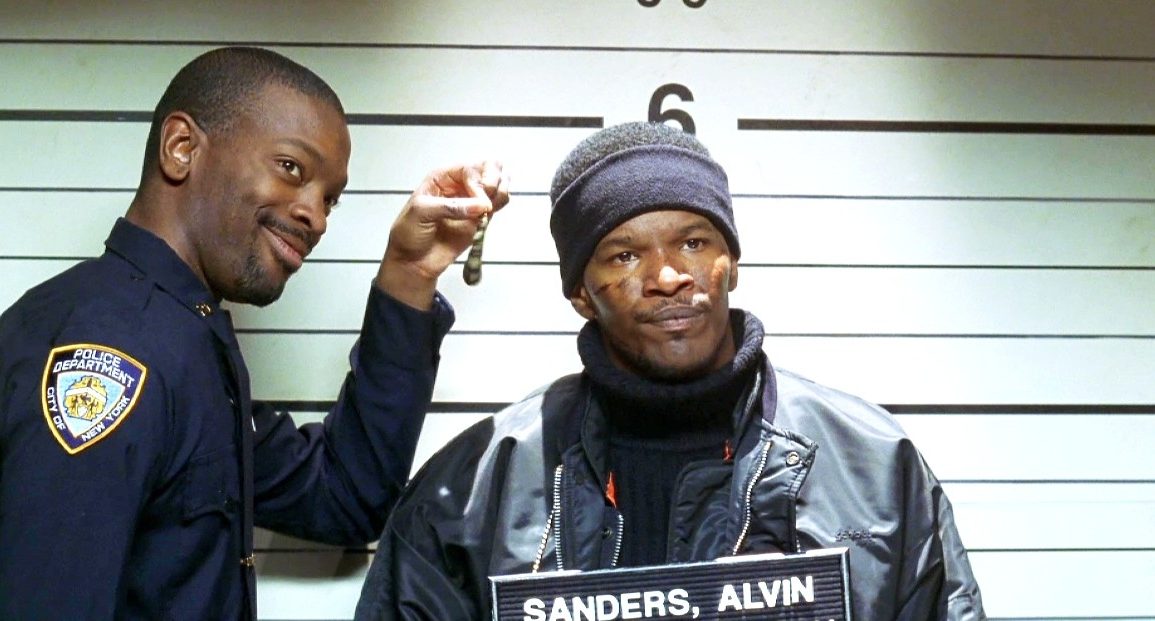 Bait is a bit of a forgotten gem from Antoine Fuqua; it may not be his finest hour but there is enough entertaining and action and comedy to make it worth checking out.

Plot: Alvin Sanders is an unwitting pawn caught between the murderous Bristol, an elusive computer genius, a robbery’s mastermind and a UD Treasury agent, Clenteen.

Review: Here’s one of Antoine Fuqua’s lesser known flicks that doesn’t get talked about a lot, but I’ve always enjoyed Bait.

For a start, it has a great cast who are used mostly well, particularly Jamie Foxx; one notable cast member who I actually forgot was in this is Jeffrey Donovan (who would later star on one of my favorite shows Burn Notice.)

The story is engaging, albeit quite predictable at times, but it serves its purpose and it moves along well.

The action is well done and one of the highlights includes a car chase involving both Foxx and Mike Epps.

My biggest issue is the end fight that happens in the film, which is shot in close up at times, which can be distracting and takes away from it a little.

Overall, Bait is a fun action comedy that has a solid cast, some pretty decent action, an entertaining story, and has some good comedic moments throughout.